Moral Question: Why is this man not in prison? 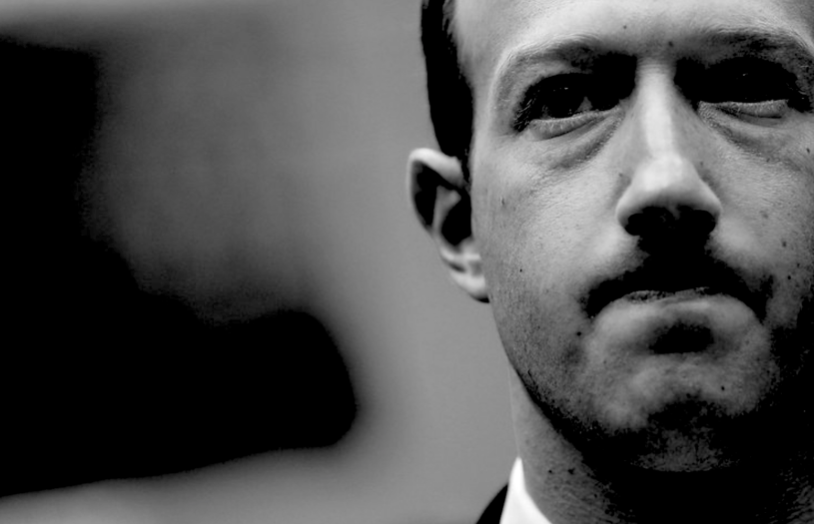 James Symonds was sentenced at the Old Bailey to two years and eight months in jail for five counts of fraud by false representation following an online shopping fraud. Mark Zuckerberg is the CEO of a company that was fined $40million in a class-action lawsuit by advertisers in 2019 for fraud. Zuckerberg has not been charged.

Graeme Brandon, 43, from Bournemouth was sentenced to 30 months’ imprisonment at Bournemouth Crown Court after pleading guilty to 28 offences of sending an indecent communication. Mark Zuckerberg is the CEO of a company that allows pornography and gambling sites to target vulnerable teenagers sometimes with disastrous consequences. Zuckerberg has not been charged.

Devlyn Holmes, the woman who shot a man in the head while they were broadcasting on a Facebook Live stream has been sentenced to 15 years prison. Mark Zuckerberg is the CEO of a company that facilitated the recent genocide in Myanmar. Members of the Myanmar military systematically used Facebook over a period of years as a tool in the government’s campaign of ethnic cleansing against Myanmar’s Rohingya Muslim minority. Zuckerberg has not been charged.

Robert Eugene Hybertson, age 61, of Brighton, Colorado was sentenced to 20 months’ imprisonment for failure to file a tax return and for fraudulently concealing facts relevant to Social Security Disability payments. Mark Zuckerberg is the CEO of a company that according to Business Insider, is being hunted down for tax dodging. The IRS seeks more than $9.0 billion from Facebook in unpaid taxes. Zuckerberg has not been charged. Numerous other countries have complained about unpaid taxes or taxes dodged. The UK is one of them.

A man has pleaded guilty and sentenced in December to breaking electoral law by voting for Labour twice in the general election. Mohammad Zain Qureshi, 21, voted twice in the same constituency of Chingford and Woodford Green, Waltham Forest, during the election in June. Mark Zuckerberg is the CEO of a company that changed the economic and political course of Britain in an electoral scam involving the theft of data from millions of its users and sold it to Cambridge Analytica who then used illegal military perfected systems of social engineering propaganda to sway an election outcome. Zuckerberg has not been charged.

A Houston County jury found Lesa Coleman guilty of seven felony counts of absentee ballot fraud related to an election for a city commission seat. Coleman received a three year split sentence. She will serve 180 days in jail followed by three years of probation. Mark Zuckerberg is the CEO of a company that harvested 50 million Facebook profiles of US voters, in one of the tech giant’s biggest ever data breaches. The company the data was sold to used them to build a powerful software program to predict and influence choices at the ballot box. Donald Trump is widely thought to have been elected as a result. Zuckerberg has not been charged.

Nationwide retailer DSG Retail in the UK was fined half a million pounds for failing to secure the information of at least 14 million people. The Information Commissioners Office said – “It is very concerning that these failures related to basic, commonplace security measures, showing a complete disregard for the customers whose personal information was stolen.” Mark Zuckerberg is the CEO of a company that compromised the personal security of millions. It has ended with an international scandal, a referendum result that is largely regarded as being ‘highly influenced’ by a now bankrupted company. The British economy has lost £130billion as a result and anticipated to lose £200billion by the end of 2020. The fine metered out to Facebook was just £500k. Zuckerberg has not been charged.

Take this case for instance. A golf company director was jailed over the manslaughter of a man with learning difficulties who drowned as he dived for lost balls in a cold, murky course lake. Dale Pike stood at the side of the lake in south Wales as Gareth Pugh, who did not have diving qualifications, went to retrieve balls. Cardiff crown court was told Pike, of Boss Golf Balls, had looked at the cost of hiring professional dive operators but opted for the much cheaper option of employing 29-year-old Pugh. Pike, 25, was jailed for 32 months after pleading guilty to manslaughter by gross negligence.

In this case, it is deemed that the company director was negligent, it led to the death of a man with learning difficulties and he was sentenced to a prison sentence. Whilst corporate manslaughter is a difficult case to prosecute, just look at what the technical architecture of Facebook has achieved in human suffering and losses, which vastly outnumbers the case against Pike.

In fact, Facebook’s founders knew they were creating something addictive that exploited “a vulnerability in human psychology” from the outset, according to the company’s founding president Sean Parker who also said – “God only knows what it’s doing to our children’s brains.” Parker has also said Facebook provides – “a social-validation feedback loop because you’re exploiting a vulnerability in human psychology.”

And yet, for all the injustices and crimes against individuals, groups, communities and countries, for all the death, destruction and misery inflicted by his company – the CEO of this company, Mark Zuckerberg, has a net worth of $82billion, increasing at the rate of about $9bn a year. And not once has he been charged with any wrongdoing – ever.