From An Open Internet, Back To The Dark Ages 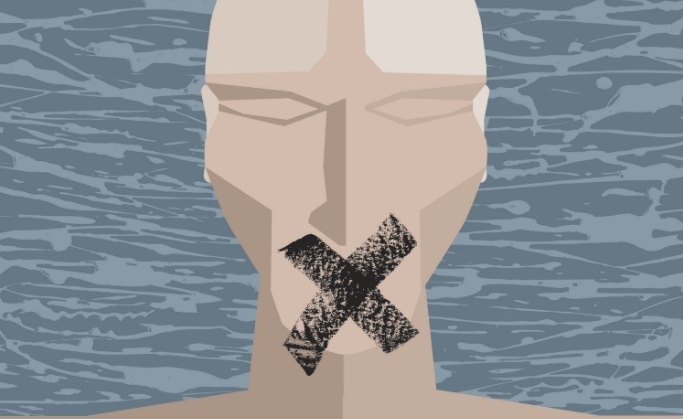 By Jonathan Cook:  Can anyone still doubt that access to a relatively free and open internet is rapidly coming to an end in the west? In China and other autocratic regimes, leaders have simply bent the internet to their will, censoring content that threatens their rule. But in the “democratic” west, it is being done differently. The state does not have to interfere directly – it outsources its dirty work to corporations.

As soon as next month, the net could become the exclusive plaything of the biggest such corporations, determined to squeeze as much profit as possible out of bandwith. Meanwhile, the tools to help us engage in critical thinking, dissent and social mobilisation will be taken away as “net neutrality” becomes a historical footnote, a teething phase, in the “maturing” of the internet.

In December the US Federal Communications Commission (FCC) plans to repeal already compromised regulations that are in place to maintain a semblance of “net neutrality”. Its chairman, Ajit Pai, and the corporations that are internet service providers want to sweep away these rules, just like the banking sector got rid of financial regulations so it could inflate our economies into giant ponzi schemes.

That could serve as the final blow to the left and its ability to make its voice heard in the public square.

It was political leaders – aided by the corporate media – who paved the way to this with their fomenting of a self-serving moral panic about “fake news”. Fake news, they argued, appeared only online, not in the pages of the corporate media – the same media that sold us the myth of WMD in Iraq, and has so effectively preserved a single party system with two faces. The public, it seems, needs to be protected only from bloggers and websites.

The social media giants soon responded. It is becoming ever clearer that Facebook is interfering as a platform for the dissemination of information for progressive activists. It is already shutting down accounts, and limiting their reach. These trends will only accelerate.

Google has changed its algorithms in ways that have ensured the search engine rankings of prominent leftwing sites are falling through the floor. It is becoming harder and harder to find alternative sources of news because they are being actively hidden from view.

Google stepped up that process this week by “deranking” RT and Sputnik, two Russian news sites that provide an important counterweight – even if one skewed in its pro-Russia agenda – to the anti-Russia propaganda spouted by western corporate media. The two sites will be as good as censored on the internet for the vast majority of users.

RT is far from a perfect source of news – no state or corporate media is – but it is a vital voice to have online. It has become a sanctuary for many seeking alternative, and often far more honest, critiques both of western domestic policy and of western interference in far-off lands. It has its own political agenda, of course, but, despite the assumption of many western liberals, it provides a far more accurate picture of the world than the western corporate media on a vast range of issues.

That is for good reason. Western corporate media is there to shore up prejudices that have been inculcated in western audiences over a lifetime – the chief one being that western states rightfully act as well-meaning, if occasionally bumbling, policemen trying to keep order among other, unruly or outright evil states around the globe.

The media and political class can easily tap into these prejudices to persuade us of all sorts of untruths that advance western interests. To take just one example – Iraq. We were told Saddam Hussein had ties to al-Qaeda (he didn’t and could not have had); that Iraq was armed with WMD (it wasn’t, as UN arms inspectors tried to tell us); and that the US and UK wanted to promote democracy in Iraq (but not before they had stolen its oil). There may have been opposition in the west to the invasion of Iraq, but little of it was driven by an appreciation that these elements of the official narrative were all easily verified as lies.

RT and other non-western news sources in English provide a different lens through which we can view such important events, perspectives unclouded by a western patrician agenda.

They and progressive sites are being gradually silenced and blacklisted, herding us back into the arms of the corporate propagandists. Few liberals have been prepared to raise their voices on behalf of RT, forgetting warnings from history, such as Martin Niemoller’s anti-Nazi poem “First they came for the socialists”.

The existing rules of “net neutrality” are already failing progressives and dissidents, as the developments I have outlined above make clear. But without them, things will get even worse. If the changes are approved next month, internet service providers (ISPs), the corporations that plug us into the internet, will also be able to decide what we should see and what will be out of reach.

ISPs will be given a much freer hand to determine the content we can can get online. They will be able to slow down the access speeds of sites that are not profitable – which is true for activist sites, by definition. But they may also be empowered to impose Chinese-style censorship, either on their own initiative or under political pressure. The fact that this may be justified on commercial, not political, grounds will offer little succour.

Those committed to finding real news may be able to find workarounds. But this is little consolation. The vast majority of people will use the services they are provided with, and be oblivious to what is no longer available.

If it takes an age to access a website, they will simply click elsewhere. If a Google search shows them only corporately approved results, they will read what is on offer. If their Facebook feed declines to supply them with “non-profitable” or “fake” content, they will be none the wiser. But all of us who care about the future will be the poorer.