Polls: U.S. Is ‘the Greatest Threat to Peace in the World Today’ 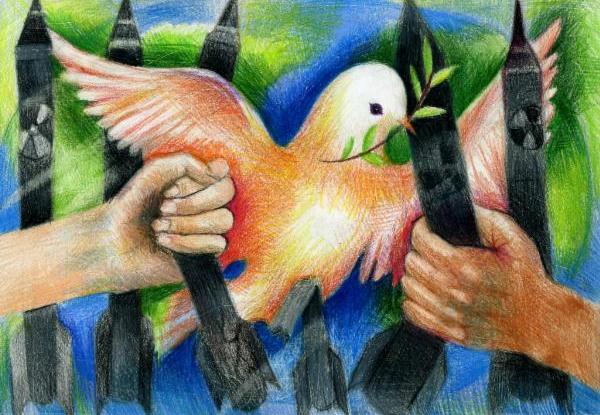 By Eric Zuesse: It has happened again: yet another international poll finds that the U.S. is viewed by peoples around the world to be the biggest threat to world peace.

But, to start, let’s summarize the first-ever poll that had been done on this, back in 2013, which was the only prior poll on this entire issue, and it was the best-performed such poll: “An end-of-the-year WIN/Gallup International survey found that people in 65 countries believe the United States is the greatest threat to world peace”, as the N.Y. Post reported on 5 January 2014.

On 30 December 2013, the BBC had reported of that poll: “This year, first [meaning here, ‘for’] the first time, Win/Gallup agreed to include three questions submitted by listeners to [BBC’s] Radio 4’s Today programme.” And, one of those three listener-asked questions was phrased there by the BBC, as having been “Which country is the biggest threat to peace?” The way that WIN/Gallup International itself had actually asked this open-ended question, to 67,806 respondents from 65 countries, was: “Which country do you think is the greatest threat to peace in the world today?” #1, 24% of respondents, worldwide, volunteered that the U.S. was “the greatest threat.” #2 (the second-most-frequently volunteered ‘greatest threat’) was Pakistan, volunteered by 8%. #3 was China, with 6%. #s 4-7 were a four-way tie, at 5% each, for: Afghanistan, Iran, Israel, and North Korea. #s 8-10 were a three-way tie, at 4% each, for: India, Iraq, and Japan. #11 was Syria, with 3%. #12 was Russia, with 2%. #s 13-20 were a seven-way tie, at 1% each, for: Australia, Germany, Palestine, Saudi Arabia, Somalia, South Korea, and UK.

The way that W/G itself had phrased this matter, in their highly uninformative press release for their year-end survey (which included but barely mentioned this finding, in it — as though this particular finding in their annual year-end poll, hardly even deserved to be mentioned), was: “The US was the overwhelming choice (24% of respondents) for the country that represents the greatest threat to peace in the world today. This was followed by Pakistan (8%), China (6%), North Korea, Israel and Iran (5%). Respondents in Russia (54%), China (49%) and Bosnia (49%) were the most fearful of the US as a threat.” That’s all there was of it — W/G never devoted a press-release to the stunning subject of this particular finding, and they even buried this finding when mentioning it in their year-end press-release.

I had hoped that they would repeat this excellent global survey question every year (so that a trend-line could be shown, in the global answers over time), but the question was unfortunately never repeated.

However, now, on August 1st of 2017, Pew Research Center has issued results of their polling of 30 nations in which they had surveyed, first in 2013, and then again in 2017, posing a less-clear but similar question (vague perhaps because they were fearing a similar type of finding — embarrassing to their own country, the U.S.), in which respondents had been asked “Do you think that the United States’ power and influence is a major threat, a minor threat, or not a threat to (survey country)?” and which also asked this same question but regarding “China,” and then again but regarding “Russia,” as a possible threat instead of “United States.” (This wasn’t an open-ended question; only those three nations were named as possible responses.)

On page 3 of their 32-page pdf is shown that the “major threat” category was selected by 35% of respondents worldwide for “U.S. power and influence,” 31% worldwide selected that for “Russia’s power and influence,” and also 31% worldwide said it for “China’s power and influence.” However, on pages 23 and 24 of the pdf is shown the 30 countries that had been surveyed in this poll, in both 2013 and 2017, and most of these 30 nations were U.S. allies; only Venezuela clearly was not. None of the 30 countries was an ally of either Russia or China (the other two countries offered as possibly being “a major threat”). And, yet, nonetheless, more respondents among the 30 sampled countries saw the U.S. as “a major threat,” than saw either Russia or China that way.

Consequently: though WIN/Gallup never repeated its question, the evidence in this newly released poll, from Pew, clearly suggests that the percentage of people in the 65 nations that WIN/Gallup had polled in 2013 who saw the U.S. as being “the greatest threat to peace in the world today” would be even higher today than it was in 2013, when 24% of respondents worldwide volunteered the U.S. as being the world’s most frightening country.

Perhaps people around the world are noticing that, at least since 2001, the U.S. is wrecking one country after another: Iraq, Afghanistan, Libya, Syria, and Ukraine. Which is next? Maybe Iran? Maybe Russia? Maybe Venezuela? Who knows?

Regarding the 2013 WIN/Gallup End-of-Year international survey, you can see the nation-by-nation results here. For example, their sampling that year of 4,556 Americans found that residents of the U.S. answered to “Q8. Which country do you think is the greatest threat to peace in the world today?”: #1 Iran 20%, #2 Afghanistan 14%, #3 N. Korea 13%, #4 United States 13%, #5 Iraq 6%, #7 Syria 5%, #8 China 5%, #9 Russia 3%, #10 Pakistan 1%. A remarkably high 13% of Americans gave the correct answer. And, late in that year, U.S. President Obama pulled the trigger on his long-planned bloody overthrow and replacement of Ukraine’s government, which was portrayed throughout the Western press as being a ‘democratic revolution’, though it actually ended democracy in Ukraine.

And the U.S. has just increased its ‘defense’ spending, which already is three times China’s, and nine times higher than Russia’s. Do the owners of America’s military-industrial complex own the U.S. government, and own the U.S. ‘news’media, to permit this rabid military to control the government’s budget, in a ‘democracy’? Is that how it happens?

Investigative historian Eric Zuesse is the author, most recently, of  They’re Not Even Close: The Democratic vs. Republican Economic Records, 1910-2010,and of  CHRIST’S VENTRILOQUISTS: The Event that Created Christianity.