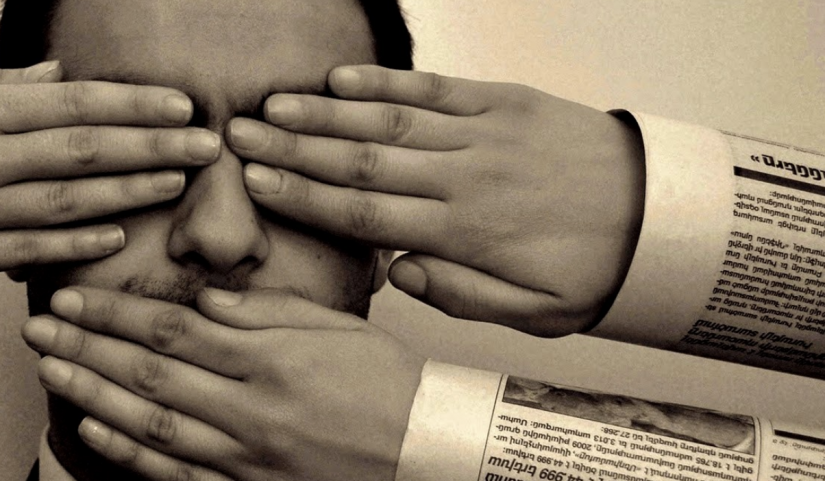 By TruePublica: The Reporters Without Borders RSF Index, which evaluates the state of journalism and press freedom in 180 countries and territories every year, shows that an intense climate of fear has been triggered — one that is prejudicial to a safe reporting environment. The hostility towards journalists expressed by political leaders in many countries has incited increasingly serious and frequent acts of violence that have fuelled an unprecedented level of fear and danger for journalists.

So bad has it become that very strong words by RSF secretary-general Christophe Deloire were used to describe the 2019 report.

“If the political debate slides surreptitiously or openly towards a civil war-style atmosphere, in which journalists are treated as scapegoats, then democracy is in great danger,”  “Halting this cycle of fear and intimidation is a matter of the utmost urgency for all people of good will who value the freedoms acquired in the course of history.”

Taking a lead from Trump’s America

If it’s good enough for the leader of the so-called free world, then it’s good enough for anyone. As a result of an increasingly hostile climate that goes beyond Donald Trump’s comments, the world is clearly taking its lead from an American president which openly and regularly threatens the media. The result is that the USA fell another three places to 48th position in this year’s Index. The media climate is now classified as “problematic” in the USA as it falls behind countries such as Botswana 44th in the index, Tonga 45th, Chili 46th and Romania 47th.

The RSF report stated that the UK remained one of the worst-ranked Western European countries, largely due to a heavy-handed approach towards the press, often in the name of national security.

The RSF report stated that the UK (ranked 33) remained one of the worst-ranked Western European countries, largely due to a heavy-handed approach towards the press, often in the name of national security. The menacing Investigatory Powers Act remained on the books with insufficient protection mechanisms for whistleblowers, journalists, and their sources. Last September, the UK’s mass surveillance regime was found to violate the European Convention on Human Rights, including with respect to the protection of journalistic sources.

New counter-terrorism and crime legislation in Britain was introduced that would restrict reporting and put journalists’ data – and their ability to guarantee source protection – at risk. The government continued to explore means of restricting encryption tools.

Britain even came behind France ranked at 32. Attacks and harassment targeting news media and journalists increased dangerously in 2018. The law on business secrets adopted in June 2018 has exemptions for journalists, but reporters were denied access to the documents they needed during the “Implant Files” investigation. The Bolloré business group continued to bring abusive lawsuits in a systematic manner against investigative journalists who tried to cover certain aspects of its activities. Also known as SLAPPs, such lawsuits serve to harass and intimidate.

Only 24 per cent of the 180 countries and territories are classified as “good” a drop of 2 per cent against last year – a trend that has been going on for years. However, this encapsulates 43 countries out of the 180 listed. In Italy, which is 43rd in the index, for instance, the level of violence against reporters is alarming and keeps on growing with nearly two dozen journalists under police protection because of serious threats or murder attempts by the mafia or by extremists groups. Journalist have had their homes burgled and ransacked with investigative documentation stolen by the police. Some journalists have been threatened by politicians with the withdrawal of the police protection they have been receiving for years. And this is a country classed as ‘good’.

Another example of being classified by RSF as ‘good’  was seen when Czech President Miloš Zeman brandished a dummy Kalashnikov with the inscription “for journalists” at a press conference. It makes matters worse that new oligarchs have been using their fortunes to buy newspapers in order to reinforce their influence. One of these oligarchs, Prime Minister Andrej Babis, owns the Czech Republic’s two most influential daily newspapers. He is currently being prosecuted for the allegedly fraudulent use of EU subsidies. Czech investigative journalists reported that police have tried to intimidate them in connection with their coverage of matters linked to Babiš.

Threats, insults and attacks are now part of the “occupational hazards” for journalists in many countries and journalists and the media are subjected to growing judicial harassment almost everywhere in the world. Being inside the ranking of ‘good’ doesn’t seem to mean much though.

The level of violence used to persecute journalists who aggravate authorities no longer seems to know any limits.

Abusive judicial proceedings may be designed to gag investigative reporters by draining their financial resources, as in France or in Malta (down 12 at 77th). They could also result in imprisonment, as in Poland (down 1 at 59th), where Gazeta Wyborcza’s journalists are facing possible jail terms for linking the head of the ruling party to a questionable construction project, and in Bulgaria (11th), where two journalists were arrested after spending several months investigating the misuse of EU funds. In addition to lawsuits and prosecutions, investigative reporters are liable to be the targets of every other kind of harassment whenever they lift the veil on corrupt practices. A reporter’s house was set on fire in Serbia (down 14 at 90th), while journalists were murdered in Malta, Slovakia (down 8 at 35th), Mexico (down 3 at 144th) and Ghana (down 4 at 27th).

Biggest deterioration is some of the better regions.

Of all the world’s regions, it is the Americas (North and South) that has suffered the greatest deterioration (3.6 percent) in its regional score measuring the level of press freedom constraints and violations. This was not just due to the poor performance of the United States, Brazil and Venezuela. Nicaragua (114th) fell 24 places, one of the biggest in 2019. Nicaraguan journalists covering protests against President Ortega’s government are treated as protesters and are often physically attacked. Many had to flee abroad to avoid being jailed on terrorism charges. The Western Hemisphere also has one of the world’s deadliest countries for the media: Mexico, where at least ten journalists were murdered in 2018. Andrés Manuel López Obrador’s installation as president has reduced some of the tension between the authorities and media, but the continuing violence and impunity for murders of journalists led RSF to refer the situation to the International Criminal Court in March.

The European Union and Balkans registered the second biggest deterioration (1.7 percent) in its regional score measuring the level of constraints and violations. It is still the region where press freedom is respected most and which is, in principle, the safest, but journalists are nonetheless exposed to serious threats, to murder, to verbal and physical attacks in Serbia and Montenegro (down 1 at 104th); and to an unprecedented level of violence during the Yellow Vest protests in France (down 1 at 32nd). Many TV crews did not dare cover the Yellow Vest protests without being accompanied by bodyguards, and others concealed their channel’s logo. Journalists are also being openly stigmatized.

In Hungary (down 14 at 87th), officials in Prime Minister Viktor Orbán’s party Fidesz continue to refuse to speak to journalists who are not from media that are friendly to Fidesz. In Poland, the state-owned media have been turned into propaganda tools and are increasingly used to harass journalists.

The world is becoming more aggressive and punitive with countries more isolated and self-serving than for decades. This year’s RSF annual press freedom report demonstrates that the world is severely lacking in leadership as democracy continually slips away in full view. Real liberty is neither found in nationalism, populism or the extremes of today’s withering democracies, but in moderate governments. And they are diminishing rapidly.