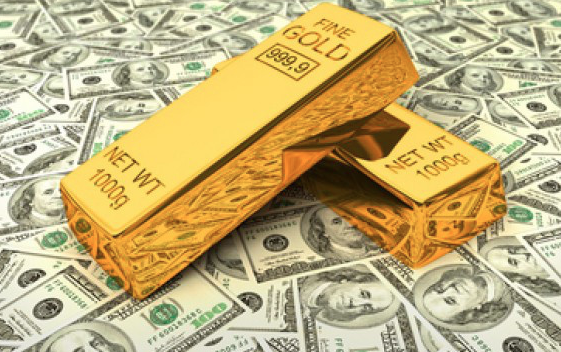 By TruePublica: At the beginning of this year, The DXY U.S. dollar index ended January with losses of 3 percent, its worst drop in nearly 2 years, and its third straight month in negative territory. And for all the stimulus from tax cuts, growth in the U.S. economy is still anaemic, no matter what they say. The real numbers don’t lie. The stakes are high as the coming trade wars start to take shape.

Russia has held a major selloff of US Treasury bonds, dumping some $47bn-worth of papers and dropping six places on a list of major foreign holders of US securities, recently released statistics have shown.

The latest statistics released by the US Treasury Department showed that, in April, Russia had only $48.7bn in American assets, falling all the way to 22nd place on the list of “major foreign holders of Treasury securities.” Russia sold off  $47.4 billion out of the $96.1 billion the country had in US treasury bonds in March. It sold literally half its holding of USDs – in just one month.

That’s what happens when you sanction countries – you strategically force them into financially defensive moves. And because a looming trade war has been threatened for some months now, warning shots from China and Japan have also been fired.

RT reports that – “China, which holds the most US Treasury bonds, also sold off some seven billion-worth of its American assets, from March to April, and now has $1.18 trillion invested in securities. Japan, which is positioned second on the list, in the same timeframe sold off some $12 billion, leaving just over a trillion dollars in US coffers. Ireland, which had $300.4 billion in April also managed to ditch over $17 billion in US assets.

China’s Global Times reports that the looming trade war will inevitably be a tit-for-tat affair: “It reinforces the difference in images of the two countries: one challenges the foundation of global trade through sudden attacks; and one that is prepared to defend itself in a trade war that it cannot avoid.”

No sooner had the ink dried on the Chinese state newspapers front pages, the end of last week saw its predictions come true. The US then unveiled a list of $50bn in Chinese goods to target with 25% tariffs, pledging more duties if China retaliated. Not unexpected was a response within hours as China released its own list of retaliatory tariffs to place on $50bn in US imports.

China’s tariffs on more than 500 categories of US goods, is a list somewhat more extensive than the one it initially released in April and is clearly aimed at hurting Trump’s Republican base before the US midterm elections in November.

The list includes tobacco, seafood, beef, poultry, pork, dairy products and soybeans. China is the largest buyer of US soybeans. Beijing also said it would also target a further $16bn of US products like coal, crude oil, natural gas, and medical equipment at some point in the near future.

Even with these actions, The trade war between the US and China could escalate further. US trade representative Robert Lighthizer has already said the White House will release a new plan at the end of June that will restrict Chinese investment in the US and will also limit Chinese purchases of advanced technology from the USA.

In the meantime, Russia’s Central Bank has increased its holding of gold by almost 20 metric tons in the first month of 2018 to 1,857 tons, hitting a historic high. This strategy contributes to a decline in dependence on any currency, in this case, more particularly, the US dollar.

Russia has now outstripped China in gold reserves. One assumes that China may well ramp up its gold purchases quite soon to protect itself just as Russia is doing.

Iran has also demonstrated that gold is a great insurance against sanctions. When strict financial limitations were imposed on Tehran, the country managed to keep selling oil with its transactions made in gold alongside a bartering system – typically as oil for supplies.