Warnings of Financial Crash As Stock Markets Continue To Surge 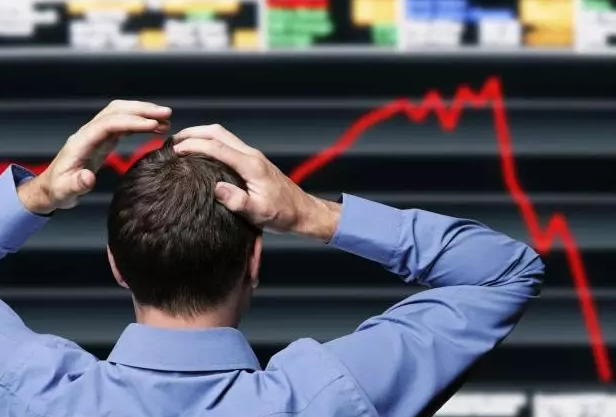 By Nick Beams: As stock markets continue to rise—Wall Street’s Dow Jones index hit a new record high yesterday following the US Senate’s passage of a massive tax cut bill—there are growing warnings that a new financial crisis is in the making.

In its quarterly review of financial conditions, issued on Sunday, the Bank for International Settlements (BIS), sometimes known as the central bankers’ bank, said the situation bore similarities to that which prevailed in the lead-up to the 2008 crash.

Increases in interest rates by the US Federal Reserve and the Bank of England had failed to choke off risky investments, and financial bubbles were growing, it warned. Financial investors were basking in the “light and warmth” of improving global economic growth, subdued inflation and soaring stock markets, while underlying risks were increasing.

Introducing the BIS review, Claudio Borio, the head of its monetary and economic department, said: “The vulnerabilities that have built around the world during the long period of unusually low interest rates have not gone away. High debt levels, in both domestic and foreign currency, are still there. And so are frothy valuations.

“What’s more, the longer the risk-taking continues, the higher the underlying balance sheet exposure may become. Short-term calm comes at the expense of possible long-run turbulence.”

Last Friday, Neil Woodford, described as one of Britain’s most high-profile investment fund managers, issued a warning even sharper than that of the BIS. In an interview with the Financial Times, he said stock markets around the world were in a “bubble” that, when it burst, could be “bigger and more dangerous” than some of the worst market crashes in history.

This situation is the outcome of the policies adopted by the Federal Reserve and other major central banks of ultra-low interest rates and the pumping of trillions of dollars into the financial system, under the policy of quantitative easing introduced after 2008.

“Ten years on from the global financial crisis, we are witnessing the product of the biggest monetary policy experiment in history,” Woodford said. “Investors have forgotten about risk and this is playing out in inflated asset prices and inflated valuations.

“Whether it’s bitcoin through $10,000, European junk bonds now yielding less than US treasuries, historic low levels of volatility or triple-leveraged exchange traded funds attracting gigantic inflows—there are so many lights flashing red that I am losing count.”

Woodford commented that in a challenging global economic environment the few stocks capable of delivering dependable growth had become popular. However, that had manifested itself in “extreme and unsustainable valuations,” which meant the bubble had “grown even bigger and more dangerous.”

In his remarks on the quarterly review, BIS official Borio pointed to another reason for the soaring market valuations—the guarantee by the central banks that they stand ready to intervene to prop up the financial markets.

In the lead-up to the crash of 2008, he noted, the Federal Reserve had assured markets that any tightening of interest rates would be at a “measured pace.” Monetary policy in the present conditions had been, “if anything, even more telegraphed.”

“If gradualism comforts market participants that tighter policy will not derail the economy or upset asset markets, predictability compresses risk premia,” Borio said. “This can foster higher leverage and risk-taking. By the same token, any sense that central banks will not remain on the sidelines should market tensions arise simply reinforces those incentives.”

In other words, whereas in past periods, the mantra was that the role of the central banks was to take the punchbowl away as the party was getting under way, now it is to pour in more alcohol to keep it going.

Besides the monetary policies of the US Fed, the other major factor in boosting markets this year has been the promise of the financial bonanza resulting from the massive tax cuts for corporations and financial elites under the Trump administration.

The S&P 500 index has enjoyed its longest sustained run of consecutive record-breaking closing highs. It has risen by 18.6 percent for the year. The Dow is up by almost 24 percent and the Nasdaq index has risen by 26.7 percent.

When the Reagan administration introduced tax cuts 30 years ago, they were accompanied by the claim they would be paid for by the growth in the economy, fuelled by increased investment—the “snake oil” of “supply-side economics.”

While the Trump administration continues to proclaim that its measures will produce jobs and investment, it is an open secret that the major corporate beneficiaries will not use the financial jackpot for investment in the real economy. Rather they will use the money for yet more speculation, including takeovers, mergers and share buybacks to further boost stock prices.

The additional $1.5 trillion in the US federal deficit will be paid for by massive cuts in Medicare, the health program for the elderly, and the slashing of other social services, including what Republican Senator Marco Rubio of Florida described as “structural changes to Social Security and Medicare for the future.”

As the ‘WSWS Perspective’ yesterday noted: “Talk of ‘structural changes’ is political jargon for the privatization of these bedrock programs upon which hundreds of millions of people depend and their destruction as guaranteed entitlements.”

There is an underlying causal connection rooted in the very structure and functioning of the capitalist economy, and this is given voice by the political establishment.

The fabulous monetary gains in financial markets are the result of the operations of fictitious capital. That is, they are not the result of production of real wealth, achieved through expanded investment and production, but in the final analysis represent claims upon the surplus value extracted from the working population.

To the extent that the demands of fictitious capital increase, through the escalation of asset and financial valuations, they have to be met by increasing the mass of surplus value on which ultimately they are a claim.

Thus the rise of rise of financial markets is being accompanied by an escalating drive to force down wages and scrap social provisions, while at the same time creating the conditions for a collapse in the financial house of cards, with immense economic and social consequences.