Brexit is very profitable for some 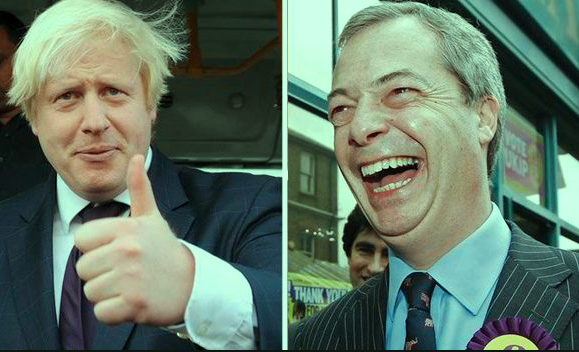 Boris Johnson writes for the very pro-Brexit newspaper, The Telegraph. He gets £275,000 a year salary. He also gets over £140,000 salary for being an MP and complained exactly one year ago this month that his MP’s salary was not enough to live on because of his “extensive family responsibilities” – as if his are so much worse than anyone else’s.

The fact that the Tory MP has four children with his second wife, Marina Wheeler, who he has recently split with (due to another affair) and fathered a daughter during an affair with an arts consultant and had a four-year affair with a writer and god knows who else, is his own doing. The state should not be picking up the tab for his immorality and general bad behaviour towards his own family.

Nigel Farage is another politician who complains about his personal circumstances. “I’m separated and skint” he whines whilst forgetting that his £90,000 MEP salary also gives him a £73,000 pension in less than a decade for life. Broadcast contracts, as a direct result of Brexit also brings Farage about £30,000 a month – yes, a month, from his five-nights a week radio show on LBC – a cool, £320,000 per year no less. Then he has other appearance fees, apparently netting him somewhere between £1,000 and £5,000 every month.

Does your heart bleed for them?