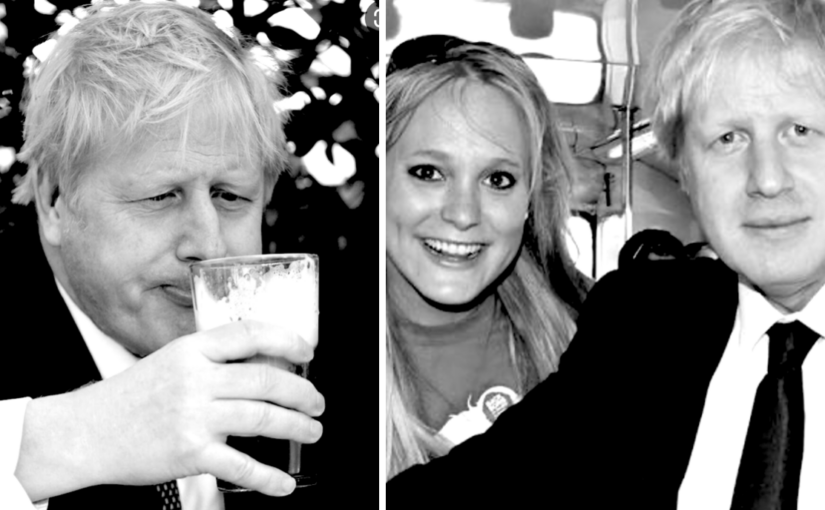 By Seth Thevos: Boris Johnson is facing calls to resign after he admitted attending a lockdown party in Downing Street during the pandemic. But it is far from the first time the prime minister has been caught seemingly breaking the rules with impunity.

Johnson claims the “bring your own booze” event held at Number 10 on 20 May 2020 did not “technically” break the strict rules in place at the time. Lawyers, fact-checkers and even some of his own MPs disagree.

The prime minister told Parliament yesterday: “I must take responsibility.” But his record suggests he rarely, if ever, does so

Here are some of his most egregious breaches – or alleged breaches – that have resulted in little more than a slap on the wrist; and, in some cases, nothing at all.

In the lead up to Brexit, Boris Johnson prorogued Parliament in 2019, marking one of the most controversial chapters of his premiership. The move was later ruled unlawful and unanimously struck down by the Supreme Court. Judges declined to speculate on Johnson’s motives, but the Scottish Court of Sessions said Johnson’s advice to the Queen was “motivated by the improper purpose of stymying Parliament”.

Sanction: None for Johnson. Prorogation overturned by Supreme Court.

When Johnson was mayor of London, he arranged £126,000 of taxpayer money in grants for the American tech entrepreneur, Jennifer Arcuri. He also arranged for her to accompany him on overseas trips. But Arcuri has since released a diary claiming the pair had a four-year affair. She alleges that he offered at the time: “How can I be the thrust – the throttle – your mere footstep as you make your career? Tell me: how I can help you? [sic]” Johnson has never declared their relationship in any register of interests, as would be required. Nor has he explicitly denied the affair took place, although he has repeatedly said he did nothing wrong.

Amid reports of expensive work to Johnson’s flat, he told MPs: “I paid for [the] Downing Street refurbishment personally.” In reality, it had initially been paid with a secret £52,000 loan from Conservative Party funds in 2020, then with an unlawful, undeclared donation from Lord Brownlow, which prompted a £17,800 fine for the party.

Johnson reimbursed the cost only in 2021 after news reports exposed the secret deal. For eight months, he repeatedly broke the ministerial code, by leaving the source of the money undeclared.

Johnson spent more than a year obfuscating his “lost”’ WhatsApp messages to Tory donor Lord Brownlow. In them, Johnson asked for tens of thousands of pounds worth of flat redecorations, whilst encouraging Brownlow’s “great exhibition plan”. Labour’s Angela Rayner has called it a clear example of “corruption”.

Lying to Parliament over partygate?

It seems likely that Johnson lied to the House of Commons over partygate – which is a breach of parliamentary rules. Last month, he claimed: “I have been repeatedly assured since these allegations emerged that there was no party and that no COVID rules were broken.” Reports have since emerged of at least nine Downing Street parties in lockdown, and Johnson has admitted he attended at least one himself. Just 6% of British people think he has told the truth.

Johnson made a botched attempt to change the entire system for disciplining MPs, so as to save his friend Owen Paterson from being suspended as an MP after a lobbying scandal. Lord Evans, chair of the committee on standards in public life, accused him of failing to uphold the key principles of public life, saying it was a “very serious and damaging moment for Parliament”.

Sanction: None. The government later quietly dropped the plans.

Over eight months in 2020, Johnson secretly received £27,000 of luxury organic food, hand-delivered on a bike by the butler of a Tory donor, Lord Bamford. The prime minister paid for it at ‘cost price’ – £18,900 – with the discount being a donation from Bamford’s wife. Johnson never declared the £8,100 gift, in another apparent breach of transparency rules.

The prime minister was accused of presiding over a ‘cash for peerages’ scandal last year, following an investigation by openDemocracy and The Sunday Times. A former party chair explained: “Once you pay your £3m, you get your peerage.” Some £54m has been raised from 22 major Tory donors in 11 years – all of whom have subsequently gone to the Lords. MPs called for a criminal investigation, but the Met Police declined.

Sanction: None. The High Court upheld Allan’s advice but said Johnson had not broken rules.

Putting his entire government in breach of the Ministerial Code

Amid controversy over the Downing Street refurb last year, openDemocracy revealed that Boris Johnson seemingly attempted to quash the scandal by simply not appointing a new ethics adviser – so no one could oversee the list of ministers’ interests. This meant the post remained vacant for six months and left every single member of his government in breach of the Ministerial Code, which says a twice-yearly list of interests should be published.

Obstructing his own ethics adviser

When Johnson was first accused of breaking rules over the Downing Street refurb in 2021, he commissioned his new ethics adviser, Lord Geidt, to investigate. Geidt’s report cleared the prime minister, but he has since seriously criticised Johnson for withholding “highly material” WhatsApp messages – something Geidt realised only after watching the news seven months later. Geidt retaliated by publishing the embarrassing WhatsApp messages in full.

Johnson was rapped on the knuckles by the parliamentary standards commissioner over a luxury holiday. He had wrongly declared the £15,000 Mustique getaway in 2020, organised by a Tory donor David Ross. The commissioner found that the PM had been so chaotic that she was still “unable to conclude what Mr Johnson’s register entry should have contained” and criticised him for resisting giving more details.

Sanction: Criticised by a watchdog, but cleared of breaching rules.

The House of Lords Appointments Commission vets all nominees to the House of Lords and can veto “unsuitable” candidates. This happened in 2020 when it tried to block a peerage for Johnson’s friend, the billionaire Tory donor Peter Cruddas. But Johnson simply ignored the veto and appointed Cruddas anyway. No prime minister has ever done this before. Cruddas denies any wrongdoing.

In the rush to secure a Brexit deal, Boris Johnson announced plans to breach international law in the case of a ‘no-deal Brexit’. His government admitted the measures would have been unlawful in a “specific and limited way”. The president of the Law Society of England and Wales responded, saying: “The rule of law is not negotiable.”

Sanction: None. The plans were overturned and a Brexit deal was agreed.

In 2018, Johnson was rebuked for nine different breaches of parliamentary rules in one year

If MPs deal in any property worth over £100,000, they have to declare it within 28 days. Johnson acquired a 20% share in a Somerset farm in 2018 but waited a whole year to register it. He claimed he “misunderstood” the rules; but the Committee on Standards was less than impressed, pointing out he had only just been reprimanded over a separate rule-breaking incident.

Sanction: Apology and briefing about the rules.

In 2018, the parliamentary standards commissioner rebuked Johnson for nine different breaches of parliamentary rules in one year, after he was late to declare financial interests. These included an extra £52,000 in income and joint ownership of a London property.

When he quit as foreign secretary in 2018, Johnson resumed his lucrative Telegraph column just days later. He was accused of breaking the ministerial code – because ministers are meant to wait at least three months after leaving government before taking up a business appointment.

The Evening Standard championed Boris Johnson’s election as mayor of London. He later tried to appoint the paper’s former editor to run the Arts Council in London – despite the judging panel saying she was not qualified. He was accused of breaching rules on public appointments.

Seth Thévoz is a political, cultural and social historian, whose specialisms include the history of British political finance. He has been shortlisted for the Whitfield Prize for the best book on British or Irish history by a first-time author, and (alongside his openDemocracy colleagues) for a British Journalism Award for Best Investigation.