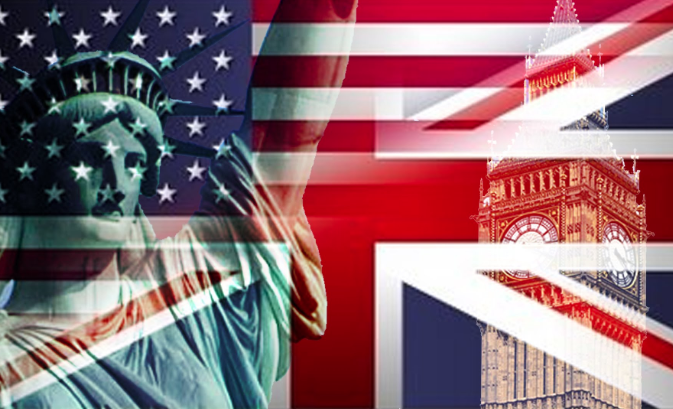 By TruePublica: Brexit should be a wake-up call to all British people. When Vote Leave said Britain should ‘take back control’ – perhaps they were right because what the campaigning actually showed us was that Britain is being covertly turned into a subordinate state of America. This is not some cooked up conspiracy theory dreamt up by the political left. In America, Brexit means something completely different to how the British Leavers see it. American magazine The New Republic reports as other publications do that – “A web of wealthy think tanks, lobbying groups, and organizations that seem to blur the line between such distinctions are behind the Brexiteers. These individuals and organizations are bound by a shared dream of deregulating the British economy and opening it up to U.S. markets—billed as the “Brexit prize.”

The shameful interventions by shadowy but influential think tank the Institute of Economic Affairs in Brexit, embroiled in all sorts of scandals, including vague funding from shady American donors – talks about the Brexit Prize, which says it all: “There is a substantial Brexit prize available to the UK if it is able to improve its own regulatory system, sign trade deals with other countries, and help work towards greater global liberalisation in areas that matter most.” Replace the ‘UK’ for USA – and the text is exactly right. The trouble is, not one single trade deal is close to being signed and even the WTO has just rejected Britain’s application. America wants free access, not access with any type of regulation – and so it was the biggest objector to Britain joining the WTO.

The American magazine continues: “The main proponents of a hard Brexit are radical free-market Conservatives with a history of trans-Atlantic ties. A recent blueprint for a future U.K.-U.S. trade policy post-Brexit shined a light on the shared interests their project entails. The proposal listed as contributors a nexus of British and American libertarian organizations and received glowing endorsements from Brexit’s most influential figures.“

The big problem here being fought out in parliament daily is that under May’s plan, Britain remains tied to the EU’s regulatory system, the consequence is that the barriers to U.S. trade persist.

The truth about Brexit is that it was fought out in the shadows with right-wing American think tanks funded by transnational corporations and individual billionaires using illegal data, illegal funding sources and illegal strategies. The evidence of this keeps piling up. But once the American’s have a foot in the door, Britain will spiral into terminal decline. American political attack operations have already opened their doors to further poison political discourse in Britain and a once tolerant unified nation of stiff upper lips with an attitude of keeping calm and carrying on will descend further into division, dissent and intolerance.

The Electoral Reform Society and Open Democracy have just reported on what we can expect if Britain does not defend itself from the final American goal of turning the UK into a serf island state on the edge of Europe.

By Kyle Taylor: If you are interested in a preview of what British politics could look like in 20 years without urgent reform, look no further than the United States.

In less than two decades, a system that was already controlled by moneyed interests and required constant fundraising (some elected representatives report spending 80 per cent of their time asking for donations) has spiralled beyond a point of no return where corporations have no limit on what they can donate. In addition, ‘non-partisan’ third-party groups can spend an unlimited amount of money as long as they do not ‘coordinate’ with official campaigns.

Sound familiar? We got our first taste of this in the EU referendum where we now know Vote Leave and supposedly unaligned groups coordinated their work, overspending to the tune of hundreds of thousands of pounds. While there has been little political will or desire to take action (mainly because of partisan vested interests), the need for reform is the most urgent issue of our time.

Democracy is already more unpopular with the citizenry than at any point since records have been kept. If our very way of life – the very foundation of how we ‘set up’ our society – falters, there is little chance we will be able to come back from the brink without some cataclysmic event.

Any type of electoral reform is almost immediately put into the ‘too hard’ basket as politicians and parties conflate a multitude of issues to discourage change and overcomplicate basic, simple problems. There are three areas where urgent reform is not only fairly easy, but already has broad support:

Re-democratise democracy by keeping big money out of politics.

The most powerful constituency in a democracy should be the voters themselves. This should be self-evident, but we are dealing with a democratic landscape where that is no longer the case. Historically, the strict spending controls in UK elections have ensured a level of fairness in elections. As a result of structural changes both to how spending rules work and the means by which campaigners campaign, this system is no longer fit for purpose.

While spending caps should remain (and be better enforced, below), the EU referendum and, in particular, the £8 million donation from Arron Banks have made it abundantly clear that our democracy also needs funding caps. These should not only limit the amount an individual, company, organisation or entity can give, but also require a clear trail to be certain of the source. These caps should be in place all the time, not just during an election campaign. There is no point restricting funding, if from five years to one minute before the regulated period someone can completely escape scrutiny.

At present, election spending is reported offline consisting of a spreadsheet ‘top sheet’ and physical copies of individual invoices. These are often heavily marked up to represent ‘splits’ between local and national spending as well as ‘wastage’ or the percentage of a particular leaflet that was not actually distributed. In addition, there is no requirement to supply detailed evidence of online election spend – the fastest growing area of spending – beyond non-itemised receipts from digital platforms. These physical returns are then held by local councils for candidate expenditure and centrally for national expenditure.

There are countless cases of individuals and entities having to pursue freedom of information requests to gain access to what are obviously public documents. Election spending should be reported in near real-time on a national online database that is easily and publicly accessible and searchable. This should include copies of all leaflets and digital ads produced, alongside audience details (who received what and why) and detailed reports of spend, reach and so on, which can then be cross-referenced against publicly available records held by online platforms themselves. This is easily the simplest way to push for rapid rule-following.

At the moment we are roughly three decades behind in properly legislating for our election system. We not only need to catch up. We need to be decades ahead. While the broader digital space needs adequate regulation, driven and overseen by an independent regulator, there are immediate changes we can make to close digital loopholes.

The two most basic (and obvious) are firstly, applying the same standard of transparency to digital advertisements as is applied to physical leaflets in the form of an election imprint. This ensures that any ad no matter where it appears – can be traced back to a campaign and the campaign’s legally responsible party (the agent). And secondly making information on who’s targeting you in digital adverts available within “two clicks.”

The above are not only sensible recommendations – they are actionable almost immediately. Regardless of whether we have a general election or referendum any time soon, the public’s trust in our democratic processes and outcomes will continue to decline unless we take these problems seriously. Without real change now, the only path forward is the American one. That is not the future we want nor one we deserve.

This is an edited extract from the Electoral Reform Society’s new report: “Reining in the Political ‘Wild West’: Campaign Rules for the 21st Century” published by OpenDemocracy.