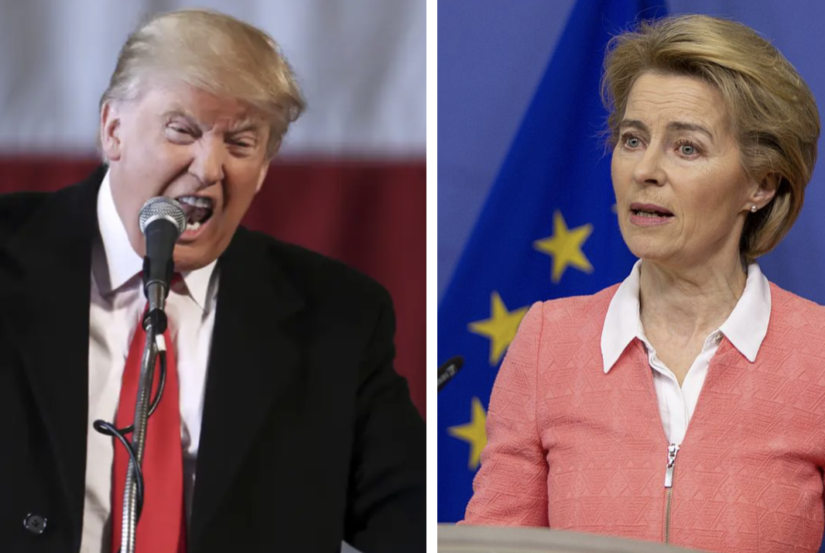 By TruePublica: Even the hornblowers in the right-wing media are beginning to get the message that this government have lost all credibility when it comes to Covid, the economy and then Brexit. The Spectator gets it –  “It isn’t news to say the Johnson administration doesn’t understand how to fight Covid-19 or reopen schools or save the economy. But the knowledge that it doesn’t understand the people who put it in power is new and worth hearing.”

What The Spectator is saying is that the Tory elite in London is now listening to no-one and that the gap of opinion between those who effectively put him in power and those walking the corridors of power is now “dizzyingly wide.”

Remainers made up 48 per cent of those who voted in the EU referendum and after three years of highly divisive, civil society destroying, endless finger-pointing and shouting – last December’s election proved that we needed to move on and ‘get Brexit done.’ All of this was beside the fact that there is overwhelming evidence that Brexit will be damaging for the overall economy and many senior economists forecast a decade of under-performance against peer countries. However, set against this knowledge – Boris Johnson was voted in to do the job, largely facilitated by the so-called northern ‘red wall.’

But now, they’ve seen what the skill-sets are of this government really are, they’ve listened to the inconvenient truths emerging about their Brexit promises and they are not impressed.

Covid has exposed Boris Johnson and his woefully inexperienced team of ‘yes-men’ (and women) for what they are, just as the threat of Brexit unforgivingly approaches. Having face-palmed British businesses who want an extension to the Brexit withdrawal agreement simply to survive the virus battleground first, voters in the ‘red-wall’ regions have realised what’s coming. What this latest poll reveals is that, as striking is the widespread concern about the prospect of falling living standards are equally valid worries about the Conservatives tying Britain to the Trump administration.

Voters in ‘red wall’ seats overwhelmingly think the UK should prioritise working with Europe over the United States on trade and the coronavirus, according to a massive new opinion poll.

The poll was conducted by focaldata between 29 May and 5 June for Best for Britain.

As trade talks intensify with the EU and the US this week, thousands of people across 44 so-called ‘red wall’ seats and 56 seats which flipped from Labour to Conservative at the last election were asked who the UK should ‘work most closely with on issues like coronavirus and trade’. The poll concluded that:

70% of voters in these ‘red wall’ and switcher seats said they wanted the UK to prioritise working with Europe, compared to just 20% who said the UK to work most closely with the United States.

The study found that 9 in 10 ‘red wall’ voters thought securing an EU trade deal was either important (‘33.9%’) or ‘very important’ (55%). In Bolsover, the seat previously occupied by former Labour MP Dennis Skinner and which was taken by the Conservatives on a 11.5% swing at the last election, 88.3% said they thought securing a trade deal was ‘important’ or ‘very important’. In Dudley North, taken by the Conservatives on a 15.8% swing, 87.8% said they share that opinion, just under the red wall average, whereas the figure for Workington is 89.5%.

Among those who voted Conservative at the last election, 54.8% said they thought it was ‘very important’ that the government secured an EU trade deal, rising to 57.2% for those who switched from Labour to Conservative in December. This second group of voters are thought to have a critical part to play at the next election, with each vote that returns to Labour essentially counting twice against the Conservatives.

The reality is that doing a deal with Trump’s America is a frightening prospect. For these recently enlightened voters, getting no-deal with the EU and signing up a trade deal with the USA in its place is a disaster.

‘Red wall’ voters were also very concerned about the impact of a no-deal Brexit on the cost of living. Respondents were asked to choose whether the cost of daily essentials would get ‘better’ or ‘worse’ if the UK ‘left the transition period without a trade deal’.

68.3% of ‘red wall’ voters said they thought daily essentials would be more expensive if the UK left the transition period without a deal, rising to 71.8% in Tony Blair’s former Sedgefield seat. A majority of Leave voters (51.1%), Conservative 2019 voters (52.6%) believed the cost of these items would increase. ‘Red wall’ women were slightly more concerned than the average for these seats, with 71% fearing the cost of daily essentials would get worse.

Most significantly, close to 60% of voters in these seats who switched from Labour to Conservative at the last election also said they thought the cost of living would rise (58.3%).

The findings come after a report for Best for Britain by the independent Social Market Foundation found that the North West and Midlands would be among the most severely exposed UK regions to the double economic hit of coronavirus and a no-deal Brexit at the end of the year.