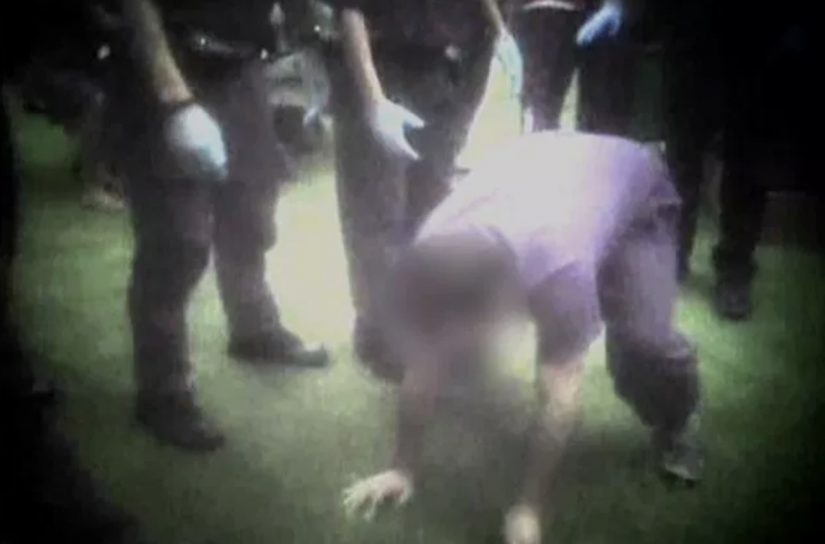 In 2017, security company G4S was in the headlines again after the Panorama TV programme exposed new revelations of brutality in Brook House, one of two immigration detention centres the company runs for the Home Office. Two years later, the National Audit Office has published a report on G4S’ contract to run the centre.

The report doesn’t contain many surprises for anyone familiar with the grim reality of life inside privately-run detention centres. But it makes public for the first time some information on just how companies like G4S rack up substantial detention profits.

For example, it reveals G4S is fined just £10,000 when someone kills themselves in its “care”. And it confirms the money G4S makes from detaining migrants. It has made comfortably over £2 million a year for most of its time running Brook House, with a profit margin typically between 18 to 20%. Or more than 200 times the cost of a detainee’s life.

But the report also shows that the company has made even more money in other detention centres. And these windfall profit rates look set to go even higher under the government’s plans for the new Brook House contract, which is due to start in May 2020.

Here we summarise some key points from the report. The NAO report itself is quite clearly written and worth reading for the full detail.

See also: our G4S Company Profile; Chapter 7 of The UK Border Regime for much more on the detention system. And for another example of lax state oversight of privately-run prisons, read our report last year on Carillion staff working without mandatory suicide prevention training.

Brook House is one of two migrant detention centres run by G4S inside the perimeter of Gatwick airport – the other is Tinsley House. It has places for up to 508 detainees, all male.i It is the UK’s most secure detention centre, run to the same security standards as a Category B prison.

Brook House opened in 2009, and its management was contracted out to G4S from the start. G4S’ contract was initially set for nine years. However, after the Panorama scandal broke in 2017, the government announced it was cancelling the process to re-tender the contract. Instead, it extended G4S’ current deal for another two years.

The Home Office has since said that the current contract is “not fit for purpose”, and it is designing a new type of contract for the centre in future. The new deal is supposed to start in May 2020 and last until 2028. It is currently out for tender, and companies have until October 2019 to put in their bids.

How the contract works

The NAO report explains how G4S gets paid. G4S receives around £13 million per year for running Brook House. The payments involve:

G4S has overall responsibility for managing, maintaining, and repairing the centre, but can sub-contract parts of the job. For example, catering and cleaning services are sub-contracted to Aramark.

The contract sets minimum staffing levels. Brook House has four wings: each is supposed to have at least one manager and three guards (“detainee custody officers”) on duty at all times.

In reality, G4S gets almost all the maximum fee. On average, under-performance deductions have only been about 1.5% of the fee per month. The biggest penalties – £30,000 if someone escapes, or £10,000 if someone dies following “self-harm” – are still tiny amounts relative to G4S’ fees. Also, the Home Office has actually let G4S off almost half of all possible deductions, allowing it to claim “mitigating circumstances”.

The contract sets out 30 performance issues which can lead to a deduction. The NAO report lists all of these. The two biggest deductions are for:

The other deductions are all in the order of a few hundred pounds per day. The most serious is understaffing, which can be charged at between £134 and £1,790. Other failures such as insufficient cleaning, not reporting problems to the Home Office, health and safety breaches, or inadequate cell standards, may cost anywhere between £18 and £857 a day.

The list of performance measures says something about the Home Office’s priorities. For example, an escape is worth up to £30,000, but “self harm resulting in death” only £10,000.

But maybe even more revealing is what isn’t included in the list. Deaths only cost G4S if they are judged to result from “self harm”. There is no mention at all of deaths from abuse or neglect. Or of non-fatal assaults and abuse. If a detainee manages to bring a “serious substantiated complaint” of assault or racial abuse, G4S can lose just £537 – less than 2% of its daily fee.

The NAO report raises this issue in relation to the Panorama scandal. It says clearly:

Inappropriate use of force or verbal abuse of detainees are not counted as a performance failure under the contract.

The Home Office and G4S counted 84 incidents in the Panorama footage. But it found that “most of these were either already reported or were not required to be reported under the contract”. Only eight incidents were judged to need new contract deductions. G4S’ penalty for these incidents of abuse came to a grand total of £2,768 – about a quarter of one per cent of its monthly fee.

Brook House and other detention centres make their corporate managers a lot of money. In a July 2018 report, we concluded that profit levels of 20% and up are standard across the industry.

Our analysis looked in detail at the accounts for Dungavel detention centre, as well as information available on G4S centres. The NAO report largely confirms this picture – although it seems that G4S’ profits on Brook House have gone down recently as it has brought in extra staff after the Panorama scandal. According to the report:

To clarify, “gross profit” means the money G4S makes from the Brook House contract itself. That is: the fees it gets from the Home Office (its revenue), minus the specific costs of running the centre – e.g., paying for guards, centre managers and maintenance staff, or for detainees’ food or cleaning products.

This is not the final profit G4S books as a company in its accounts. Before that figure, it will also have to account for company-wide “administrative” costs such as running its head office and lobbying for new contracts.

However, even looking at those final or “net” profits, the NAO report confirms that detention is a very profitable business. According to the report, “G4S’s net profit on the contract over 2012 to 2018, following the deduction of a share of regional and group overheads, was 6% to 15%.” That compares to an overall average net profit of 6% on G4S’ whole security division.

In short: G4S makes substantially more money from government contracts to lock up migrants than it does on its other main business lines like providing security guards for banks. (See our previous analysis of this in our G4S company profile.)

.. But other G4 detention centres make even more

And yet Brook House is actually the least profitable of G4S’ detention centres. The company makes even higher profits on running Tinsley House. And it made more still on Cedars, the now closed family detention centre it ran together with Barnardo’s.

According to the NAO report: “at Tinsley House immigration removal centre, G4S’s gross profit ranged between 26% and 43% in the period 2012 to 2016, and net profit between 19% and 28%.” Brook House is less profitable than Tinsley House because it has higher security costs, and also because the higher paid senior managers for the two centres are based there.

As for Cedars, locking up families with children provided G4S with an incredible cash cow. The NAO report informs us that:

G4S gets to keep any extra money it makes

One point that’s a bit technical but potentially important. According to the NAO report, there is no requirement for G4S to share any “extra” profit it makes from unexpected savings.

This seems at odds with other information we have previously seen on detention centre contracts, and indeed on government outsourcing contracts in general. They often contain a clause stating that the company has to give back some of its extra gain if it makes over a certain figure.

But, according to the NAO report, the Home Office didn’t bother to include any such clause in the Brook House deal:

The Home Office is not entitled to a share of G4S’s profits under the contract. If G4S is able to substantially reduce its operating costs through new technologies or other investment then the Home Office and G4S agree how to share the savings, and G4S’s monthly fee is reduced accordingly. This has happened once with investment in a key vending technology. But this savings mechanism is unrelated to how much profit G4S makes.

The new contract looks set to be even more profitable

As mentioned, the Home Office has admitted that the Brook House contract is “not fit for purpose”. But what can we expect from the new deal it is currently tendering?

Unfortunately, the NAO report doesn’t tell us anything on that. It suggests that the Home Office may include some performance measure related to “inappropriate use of force” in the new contract – but no detail is given.

As for money-making, the tender announcement for the new contract gives a value of £260 million over ten years – or around £26 million per year. This will cover both Brook House and Tinsley House.

The current value of the Brook House and Tinsley House contracts combined is only around £16 million (Tinsley House is smaller and has lower security). So it appears there will be a big jump in the fees the centres’ managers will get after 2020.

In conclusion: scandals come and go, but it looks like detention will carry on being a very profitable business indeed.