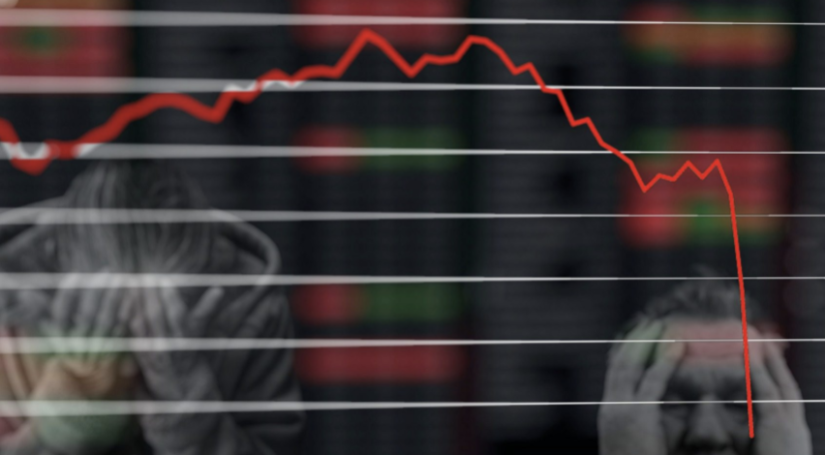 Conventional wisdom holds that the impact of COVID-19 on the UK economy dwarfs the potential consequences of Brexit. This has led some Brexiteers to argue there is nothing to fear about a no-deal Brexit. Yet, data show that a no-deal Brexit may not be less costly than the longterm economic fallout from COVID-19, argues Thomas Sampson (LSE).

As the political editor of the Sunday Times, Tim Shipman put it “In the midst of the worst recession in living memory, the downsides of red tape and potential tariffs seem to many in Johnson’s team like a thimble of spit in a tsunami.” There is an obvious flaw in advocating Brexit on the basis that it’s less costly than the worst pandemic the world has faced in a hundred years. But this aside, the claim COVID-19 is a bigger economic shock than Brexit deserves further interrogation. It places undue weight on the dramatic, but mostly temporary, impacts of COVID-19, compared to the larger, long-term costs of Brexit. In fact, when measured in terms of their impact on the present value of UK GDP, the Brexit shock is forecast to be two to three times greater than the impact of COVID-19.

In fact, when measured in terms of their impact on the present value of UK GDP, the Brexit shock is forecast to be two to three times greater than the impact of COVID-19.

COVID-19 sharply reduced output in the first half of 2020. However, the economy is expected to recover quickly over the next eighteen months and the pandemic is likely to have few, if any, long term effects on GDP. Figure 1 shows a representative forecast of the effect of COVID-19on UK output. It is calculated by comparing the Bank of England’s quarterly GDP projections in the January 2020 Monetary Policy Report with the same projections from the August report. The projections only cover three years, so it is also assumed that the 1.7% decline in the fourth quarter of 2022 gives the permanent output loss due to COVID-19. This leads to an interrupted-V profile for output, as shown in Figure 1.

Notes: Author’s calculations using UK real GDP projections from the Bank of England. The Covid-19 shock is calculated as the percentage difference between the GDP projections in the January and August 2020 Monetary Policy Reports using the projections based on market interest rate expectations and including the backcast. Output normalised to 100 in quarter zero, which represents Q4 2019. The forecast decline in quarter two is 23%. The permanent decline from quarter 12 onwards is 1.7%.

In contrast, the effects of Brexit on GDP are expected to emerge slowly, but to be permanent. The government’s own analysis forecasts that a no-deal Brexit would reduce UK GDP by 7.6% after 15 years, while reaching a free trade agreement (FTA) with the EU would lead to a 4.9% decline. There is considerable uncertainty over how quickly these costs would be felt. Let us make the optimistic assumption that short-term disruption is minimal and the decline in output occurs gradually over 15 years. Figure 2 shows how the effect of an FTA or no-deal Brexit on GDP compares to the Covid-19 shock. Covid-19 leads to much bigger short-term reductions in output, but eventually the ranking is reversed and Brexit leads to larger losses.

Notes: Covid-19 shock is the same as in Figure 1. The long-run effects of FTA and No deal Brexit on GDP are taken from HM Government’s ‘EU Exit: Long Term Economic Analysis’ paper using the central estimates. The Brexit shocks are assumed to phase in linearly over 15 years.

Which of these events constitutes a bigger economic shock? There are many ways to answer this question, depending upon the outcome of interest, the timeframe and how changes in output are valued.

Covid-19 is likely to cause more job losses than Brexit and greater swings in output, but the economy in 2035 may bear more scars from Brexit than from Covid-19.

One way to compare the output paths in Figure 2 is to add up the value of output produced in all quarters, but giving less weight to output produced further in the future. Economists call this the present discounted value of future output.

Giving less weight to future output captures the reality that most people would prefer to receive £100 pounds today than in 10 years’ time. The weights depend upon the interest rate, with a higher rate reducing the weight given to future output.

Figure 3 shows the results of this exercise assuming an annualised real interest rate of 4%. Using an interest rate that is greater than current UK rates increases the importance of Covid-19 relative to Brexit, because it puts less weight on future output changes.

Notes: Author’s calculations of the present discounted value of the real GDP paths shown in Figure 2 relative to a baseline where real GDP is constant over time. Future GDP is discounted assuming the annualised real interest rate equals 4%.

In present value terms, COVID-19 reduces UK GDP by 2.1%. However, Brexit reduces the present value of GDP by 3.7% under an FTA scenario and 5.7% if there is no deal. In this sense, Brexit is expected to be a substantially bigger economic shock than COVID-19. We cannot know exactly how COVID-19 and Brexit will affect GDP in the years ahead. COVID-19 may reduce long-run output by more than 1.7%. But the forecasts shown in Figure 2 would have to be drastically wrong to overturn the conclusion that Brexit has a bigger effect on the present value of output than COVID-19. Even under the pessimistic assumption that Covid-19 reduces long-run output by 5%, its impact on the present value of output is still slightly smaller than no-deal Brexit.

After COVID-19 shut down much of the economy, UK GDP fell by 22% in the first half of 2020. It is hard to see this number without concluding that the effects of Brexit pale in comparison. However, the importance of an economic shock depends upon its duration as well as its size. And simple arithmetic shows that, in present value terms, Brexit is expected to be by far the bigger shock. In cash terms, no-deal Brexit corresponds to a £3.3 trillion decline in the present value of output, even assuming there is no future GDP growth. The Prime Minister may wish to reflect on this fact before concluding that the shadow cast by COVID-19 makes no deal a small cost to bear.

Written by – Thomas Sampson – an Associate Professor at the Department of Economics and an Associate of the Centre for Economic Performance, LSE.