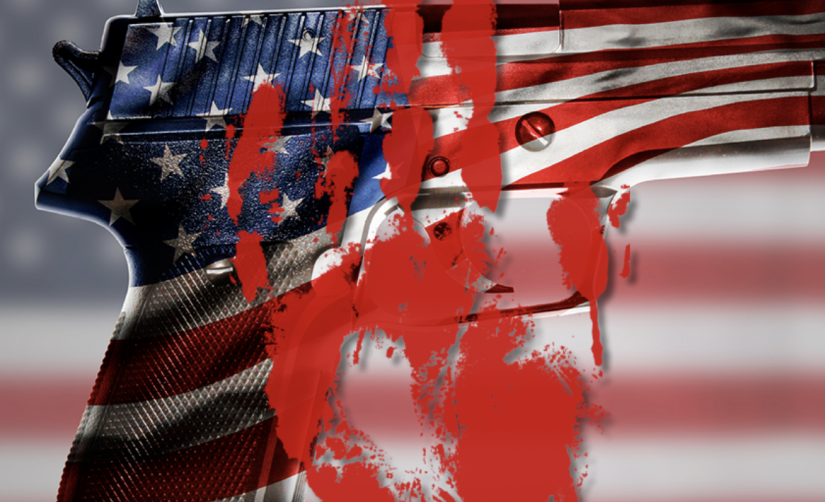 Countries in the Top 10 cluster of most dangerous places in the world to visit if you happen to be female is in an Indo-Arab-African window of ‘female-unfriendliness.’ Any by that description, we mean everything from just plain unfriendliness to outright violence.

There is only one Western country in the top ten for the most dangerous countries for women to visit – and that is America. But now Amnesty International has just recently issued a travel warning to everyone visiting America. It includes advice on staying away from places where there are larger numbers of people such as tourist spots, cultural events, shopping malls and even schools. In other words, if you’re not going on business, then don’t go.

About 1.4 million people have died from firearms in the U.S. between 1968 and 2011. The murder rate in America is now 25 times higher than in any of the 22 developed high-income nations (OECD). Although America has half the population of the other 22 nations combined, the U.S. had 82 per cent of all gun deaths, 90 per cent of all women killed with guns, 91 per cent of children under 14 and 92 per cent of young people between ages 15 and 24 killed with guns.

According to USA Today, in 2019 “about 95% of public schools now have students and teachers practice huddling in silence, hiding from an imaginary gunman.

There are 310 million firearms in the U.S., not including weapons owned by the military and nearly 70 per cent of homicide victims were killed using a firearm.

In 2000, the last time this figure was calculated, the costs of gun violence in the United States were estimated to be in the order of $100 billion per year, plus the costs associated with the gun violence avoidance and prevention behaviors.

Amnesty International has released this warning because in 2017, the most recent year for which complete data is available as 39,773 people died from guns and it now appears that figure is set to rise.

“Today we issue a travel warning calling for travellers & visitors to the United States to exercise extreme caution & have a contingency plan when travelling throughout the country. This is due to ongoing rampant gun violence in the United States.” 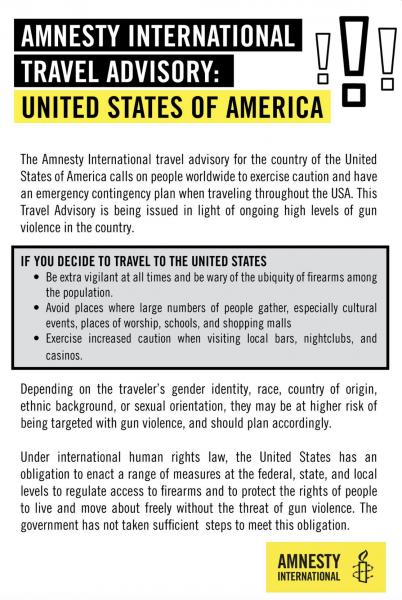