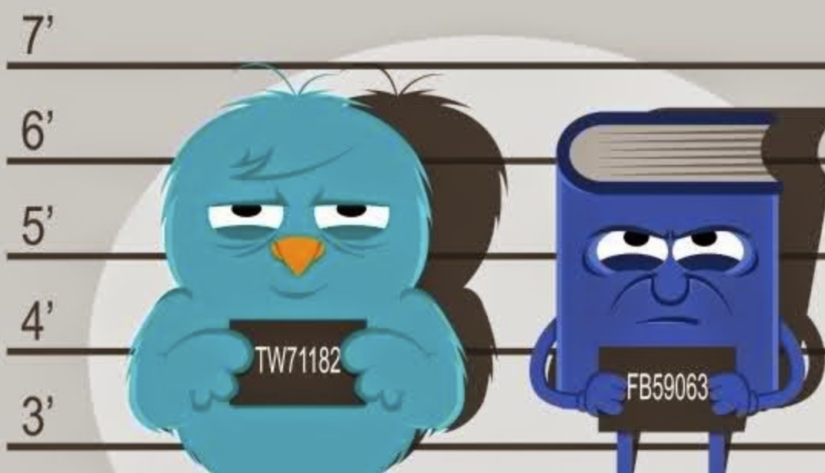 TruePublica Editor: Regular readers of TruePublica know we have given up almost completely with social media as a way of driving traffic to the website. This is because we value organic growth. Growth that can be withdrawn or manipulated at will by others with no response to reasonable questions is not sustainable. We have asked Facebook to take down our page several times and they refuse to do so. We still use Twitter but mainly to question others or to counter their position. We have known for a long time that Twitter restricts our Tweets and acts as a guard to stop our followers exceeding 2800 followers. Facebook did exactly the same. When we first started TruePublica we had a small social media budget. Google took just under £100 for one (yes one) referral from an advert we placed with them, so we’ve never bothered since. Facebook brought us quite a few fake followers. Since those first couple of months back in 2015, we have never paid any social media company a penny.

Today, we have nearly 350,000 visitors who read 500,000 pages of content read per month. We don’t rely on social media but we do rely on our readers to share what they think is important. That is what we mean by organic and although its a slow way of building our audience – it works.

Here is another example of deliberate social media manipulation in the sphere of independent news.

By Craig Murray: I am subject to a very peculiar hidden censorship by Twitter. I have long noted that many of the articles I deem most important were reaching far fewer people than I might expect through Twitter, whereas inconsequential tweets reach large numbers with ease. I decided to do a controlled test on this, with a content free tweet. 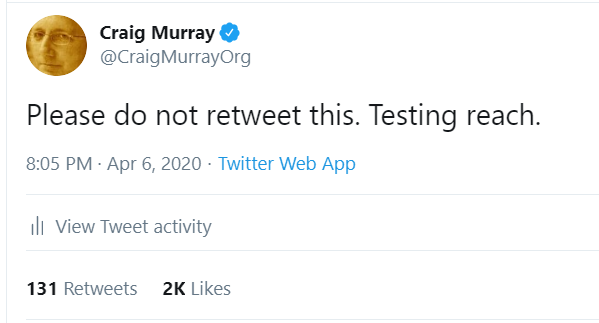 That is the neutral control. Now here is the tweet of an article which I believe to be very important.

The “Impressions” measure is governed by Twitter actually introducing the Tweet into somebody’s timeline. When I tweet, (the same principle applies when somebody retweets) Twitter does not just automatically drop that tweet into the timeline of all 80,000 people who follow me. It starts with a sample of those, and then an algorithm increases the number depending on how popular the tweet was. There are a number of moving parts to that, but retweets is a major factor. Yet in this instance, a tweet which is retweeted by over 1.1% of those who see it, is given far less exposure by twitter than a tweet retweeted by less than 0.1% of those who see it.

The reason that I did this experiment is that I have been observing this happening for a long time, with many of my most important tweets suppressed. Either there is electronic monitoring and analysis of subject matter to suppress certain political subjects, or there is active human monitoring. I am very much inclined to believe the latter, because I find the suppression kicking in is quite nuanced; it depends not so much on subject matter, as on precisely my take on the subject matter and how far it challenges the mainstream narrative.

These attacks on free speech matter

Impressions per retweet is a rough measure of what is going on. For a more accurate measure you would need to divide Impressions by: my 80,000 follows plus the totaled follows of all who retweeted, in each case. But the rough measure is a good indication that something is amiss. As I said, I am attempting to measure a phenomenon I have noticed over a long period.

Yesterday, my friend Stuart Campbell had all his twitter accounts cancelled. The highly popular Wings Over Scotland account was taken down some time ago, and now his personal account and his old Sealand Gazette account have also been taken down. This is following a campaign against him by activists opposed to his view on trans rights. I do not share Stu’s views on that specific subject, but the attempt to impose conformity of opinion and to limit the right of free expression is appalling.

These attacks on free speech matter.

Sadly the internet has developed in such a way that alternative media outlets like this one are highly dependent on two major corporate gatekeepers – Facebook and Twitter – for bringing in the majority of our traffic. Both have instituted policies of deliberate suppression of views which do not accord to the agenda of the mainstream media.

The reason that my tweet in this instance was suppressed is that it points to my article giving information on the UK government’s coronavirus App which you will not find in the mainstream media.

I find Twitter much worse than Facebook in this regard. A few years ago I would have mentioned Google as a major source of traffic too, but that pass has long been sold. This website used to get a great deal of traffic from Google, but even though our readership is now many times what it was a few years ago, Google has penalised alternative media heavily in its rankings and we now get almost no traffic from that source.

People learn. About 40% of readers of this site now just come straight here, and not from any link or source, just dropping in themselves to see if anything new. Five years ago that number was less than 10%. The internet retains its ability to work around blockages because it empowers the ingenuity of people.  Keep that hopeful thought and cherish it.