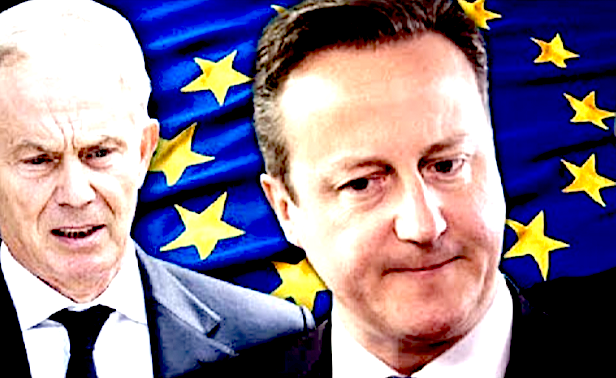 LONDON —  Politicians from across the political spectrum have been holding secret talks about forging a new centrist political movement, well-placed sources from all the major parties have told Business Insider.

If it goes ahead, it would be a new home for MPs who are opposed to Brexit and feel left behind in the centre ground as the Conservatives and Labour have shifted towards ever-more polarised positions.

Rumours about the plans have been ongoing for some time.

The Express newspaper reported this week on a series of private getaways by centrist Labour MPs, with other reports suggesting that a number of Labour MPs have come close to triggering a formal split of the party over the ongoing antisemitism row in the party.

Meanwhile last month, The Sunday Times reported that Sir Vince Cable, leader of the Liberal Democrats, missed a House of Commons vote on Brexit legislation to discuss the creation of a centrist, anti-Brexit party over dinner.

Cable admitted attending a “confidential private discussion” but denied it was to do with a new political party.

Well-placed sources have told Business Insider that MPs from different parties, including Cable, are indeed talking to each other about creating a new political force in Westminster.

TruePublica Editor: One hopes that this new centrist party is not the vision of Blair 2.0. I couldn’t stand that and I think many others wouldn’t either. Last April, Tony Blair was in talks with Simon Franks, who founded the LoveFilm movie-streaming business. He has been working for more than a year with former Labour donors and senior members to create an organisation that could back candidates in a future general election.

The Observer revealed a few days earlier that Franks had established Project One Movement UK Ltd last summer and the company is expected to be a vehicle for the new party. It is also reported that £50m in funding has been secretly under development for more than a year by a network of entrepreneurs, philanthropists and donors keen to “break the Westminster mould”

The Guardian reported that “Senior figures from the worlds of business and charity are understood to be involved, as well as former supporters of the main parties, including a number of former Tory donors.”

There is much speculation of its basic policies, which would have much wider appeal. While figures from across the political spectrum are said to be involved in Franks’s project, much of its policy platform appears to be aimed mainly at a liberal, centre-left audience. Potential policy proposals include asking the rich to pay a fairer share of tax, better funding for the NHS and improved social mobility. However, it also backs centre-right ideas on wealth creation and entrepreneurship and is keen to explore tighter immigration controls. A source said some Brexit supporters are involved.

One person who was approached to join the fledgeling organisation was told Euan Blair was on its board, and his father, the former Labour prime minister, had been helpful in recommending potential donors. Other sources confirmed Euan Blair’s name had been associated with the project.

Project One Movement UK Ltd was incorporated 10th August 2017 with a registered office at 5th Floor Orwell House, 16-18 Berners Street, London, United Kingdom, W1T 3LN. The nature of it business is: ‘Activities of political organisations’ and ‘Activities of other membership organisations not elsewhere classified.’ There is only one person listed with significant control – that is Simon Franks.

Project One Movement For The UK Ltd – was also set up the following day with all the same details.

It will be interesting to see who is at the heart of funding this new political movement if it actually gets off the ground.