Are The Hard Brexiteers – Jumping Ship? 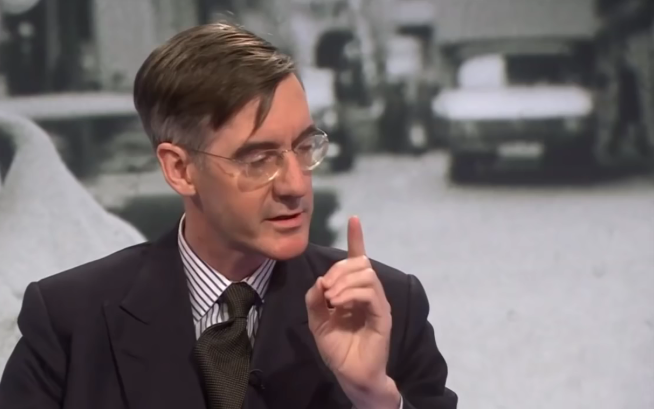 There is something not quite right about the biggest cheerleaders for Britain leaving the European Union when they don’t actually believe in it themselves. You would think these individuals would want to reinforce their evangelical preaching with actions that speak louder than words.

A couple of months ago, the driving force behind Ukip Nigel Farage was forced into confirming that two of his children possess British and German passports, meaning they will maintain their free movement rights in the European Union after Brexit. Before that, the Independent reported that last year, Mr Farage was forced to deny he was applying for German citizenship himself after he was spotted queueing at the German embassy.

And, as TruePublica reported three weeks ago, another long-term cheerleader and central figure to the ‘Leave’ campaign was Nigel Lawson. He was Chancellor of the Exchequer from 1983-89 who said in a speech that: “Most of the world is not in the EU and … most of these countries are doing better economically than most of the European Union’. The alternative to membership of the EU is simple – it is ‘not being in the European Union.”

Firm in the belief that he was right all along until recently that is – Lawson has now applied for residency in …. France. And whilst I’m sure no-one thinks he shouldn’t do so under normal circumstances, we also shouldn’t forget that he was a vociferous campaigner to stop everyone else from having free movement to their favourite holiday spots in Europe. There is only one word for that – hypocrisy.

Another Brexiter planning to jump ship is Andy Wigmore, who helped run Leave.EU alongside Nigel Farage and Arron Banks. He’ll be taking advantage of his Belize citizenship and leaving the UK for the small tropical nation this summer.

Now we come to another, very high profile Brexiteer. Jacob Rees Mogg is the quintessential, traditional British elitist who has all the hallmarks of the 1850s deeply embedded into his DNA.

Born in Hammersmith, Mogg was educated at the Dragon and Eton, and later Trinity College, Oxford, where he became president of the Oxford University Conservative Association.

Having worked for a number of years in finance, he co-founded investment company Somerset Capital Management (SCM), which currently manages an investment fund of around $7.6bn (£5.5bn).

He is married to Helena de Chair, daughter of the late author Somerset de Chair and Lady Juliet Tadgell, who is set to inherit an estimated £45m from her mother. Their combined fortunes would then total something to the order of £100m–£150m.

Mogg entered politics in 1997. While canvassing for the seat in Fife, was driven around in a Mercedes by his nanny. ‘I was going to take my Bentley, but she wisely said that this would be seen as ostentatious and I should take Mummy’s Mercedes instead.’ He was elected MP for North East Somerset in 2010.

However, the Mail on Sunday reported that “Jacob Rees-Mogg’s investment firm has a stake in a string of Russian companies with links to the Kremlin and to some of Moscow’s wealthiest oligarchs. SCM has also bought shares in two Russian firms blacklisted by the US and others which are controlled by powerful oligarchs in President Vladimir Putin’s inner circle.

“These Russian investments are not what you would expect to find in a Rees-Mogg fund,” said Justin Urquhart Stewart, of Seven Investment Management. “As a politician, he has taken a hardline stance on Brexit and on Russia. So to have a fund investing millions in Russian companies goes totally against what he says he stands for. This is hardly a pro-UK fund, as it has no stake in the future prosperity of Britain.”

Ress-Mogg clearly stated in the line of criticism that his SCM fund really only invests in emerging economies, which makes higher risk funds produce higher rewards.

That excuse would be fine if it was true. Hot on the heels of that news comes a report from CityWire’s Wealth Manager where we learn that Moggs SCM investment company is opening up its flagship dividend growth fund to a new audience in, wait for it  …. Europe. This is a Dublin-domiciled feeder fund which has £1.4 billion (€1.6 billion) in assets under management.

Somerset Capital Management said the decision to launch the feeder was in direct response to increased offshore demand from investors. Yes, offshore demand no less. In other words, it’s a fund for British investors who want to invest long-term in Europe – not in Britain itself.

Despite the Tory MP’s avowed and unwavering belief that the British economy will more than just thrive after Brexit, the funds in SCM have nothing invested in the UK. And you could argue that Rees-Mogg is vindicated by the belief that Britain is not a good investmest because it’s too stable. But that would be a lie too – according to his own company.

Just a few days ago, SCM privately warned its clients about ‘considerable uncertainty’ during Brexit. In fact, what SCM is actually warning about is a hard Brexit – the one advocated by Rees-Mogg himself.

The Guardian reported that “The disclosure is embarrassing for Rees-Mogg. The parliamentarian has repeatedly dismissed the concerns of those worried about the financial risks of Brexit and has argued the UK needs to quit the single market and customs union so the country is not a “rule taker” from Brussels.”

In contrast, the SCM prospectus warns: “During, and possibly after, this period there is likely to be considerable uncertainty as to the position of the UK and the arrangements which will apply to its relationships with the EU.”

Rees-Mogg tried to deflect criticism by saying “guidance to investors that was drafted by lawyers.”

Yet, Rees-Mogg, who earns £14,000 a month basic salary from SCM for a few hours a month, invests his time and fortunes outside of Britain. Lawson another high-priest of isolationism is investing his entire future in a political union he is supposed to despise along with Brexit Bishop Farage, who feels his own children should have the right to Europe’s freedoms, but no-one else’s should.

Then, we come to Liam Fox – a man who for decades has believed in America more than he does in Britain. Amongst many of his transgressions against the British people and state, Fox accepted a £50,000 donation from Jon Moulton, whose investment firm owns Gardner Aerospace, the largest aerospace supplier …. in Europe.

This old Tory “establishment” of hardened Brexiteers are the enemies within. They are little more than political anarchists. According to the government’s own figures, the type of Brexit these men advocate will see a recession of between 2 and 8 per cent. The former is representative of most post-war recessions, the latter would be catastrophic.