‘Are they even aware that we can see them?’ Working-class Britons on Brexit politics 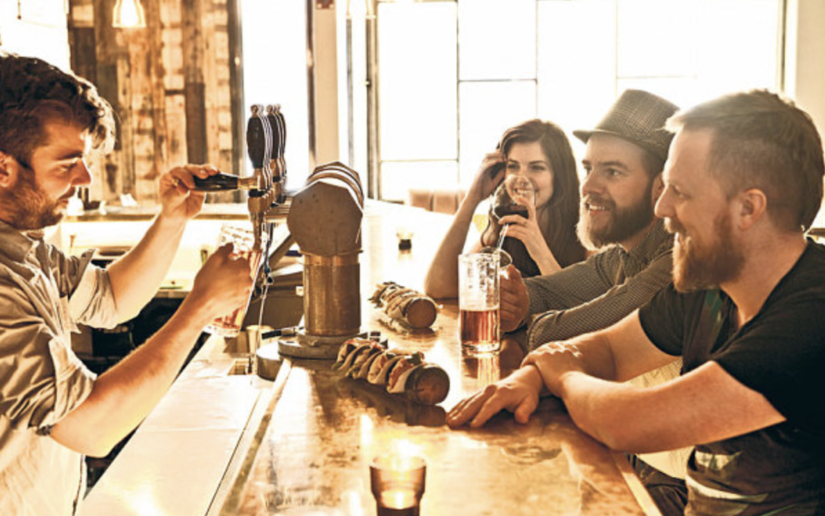 Lisa Mckenzie (Durham University) revisits some of the people she talked to just after the referendum and finds them very engaged with the politics of Brexit but more alienated than ever from ‘Westminster class’ politicking.

This is my fourth post for LSE Brexit – and after my last plea for solidarity and empathy, and a recognition that the damage of 40 years of deindustrialisation and 10 years of austerity had done to large parts of the UK and to the working class, I really did not think I had anything left to say. Until I saw the scenes in Westminster over the last few weeks. We have learned a new word – prorogue – and we witnessed the Commons Speaker being held onto and held down by sitting MPs, all of whom looked like they were thoroughly enjoying playtime. A sing-song of the Red Flag by Labour MPs followed.

I have recently moved out of London, and am now living in the north-east. Watching the parliamentary and political game played from a distance puts Brexit into a different context. You see clearly that the whole Brexit debate is about that one square mile of space around Westminster, and that it is eating up the country, starving it of air and hope.

I have undertaken ethnographic research over the last 15 years in Nottingham, Ashfield in Nottinghamshire, and in east London – always with working-class people, focusing on how they experience community, politics, and class position. I believe now more than ever that working-class voices, experience and communities are being ‘gentrified’. The political commentariat  talk and talk and talk – whether physically around Westminster, or through Twitter – while the BBC sporadically ventures into the ‘dark lands’ beyond that square mile to places like Southend, Middlesbrough, and Ashfield to find endless 20-second vox pops of working-class people declaring they ‘just want out’ and they are sick to death of the politicking. Both sides of the Brexit argument claim to know what’s best for the British working class, and worst of all they believe they can speak for them.

Over the summer, when I should have been writing, I got in contact with some of the participants in my previous research in Nottinghamshire and in east London, some of whom I first spoke to 15 years ago. I am interested to know what they think about the situation, and in particular how they are watching the Westminster spectacle through their own social lens. Talking to people is an important tool for sociologists. Politicians might learn something from us if they were prepared to stop shouting at each other and listen.

They seem quite incredulous at the total lack of awareness that Parliament has for those outside that square mile. One of the women I interviewed in 2016 about women’s experiences of their own deindustrialisation, ‘Steph’ from Ashfield, used to work in one of the local factories making Marks & Spencer underwear until that factory closed in the mid 1990s and the work was sent abroad. She had worked as a skilled machinist since she left school until her early thirties, when most of the factories in the area closed. Steph hadn’t voted in the referendum she couldn’t get to the polling station in time. She had done a double shift that day at the care home where she now works. She had been in two minds and wasn’t entirely sure what she would have voted, although on the day she was siding towards Brexit. When I asked what she thought about Brexit and the referendum three years on, she told me: “What a fiasco, I’m glad I didn’t vote now, are they even aware that we can see them.”

When I asked what she thought about Brexit and the referendum three years on, she told me: “What a fiasco, I’m glad I didn’t vote now, are they even aware that we can see them.”

‘Jerry’, an ex-miner in his seventies who had voted to leave, was just as critical of what he was seeing. He was watching the debates back to back. I asked him what he thought might be a solution to the Brexit scrapping he was watching daily. “I blame London – they don’t know what’s happening up here and to us.” He had always been a Labour voter. I asked him whether he would still vote Labour in the next election. “I will yes – I cant see me voting for anyone else – although they don’t bloody deserve it.” He didn’t like Jeremy Corbyn, but he hated the leaders of the other parties.

Nearly everyone that I have been in touch with recently has told me that the little trust they had in politicians had disappeared. I went back to one of the pubs I used to drink in and where I had done many interviews in Bethnal Green, hoping to meet up with the locals. It was no longer an East End boozer, and was now a hipster-type pub: craft beer, exposed wood, attractive, trendy young bar staff. None of the locals were in there. I went further up the road and found them in one of the very last ‘local boozers’.

‘John’, an East End painter and decorator who I first interviewed in 2014, was eager to tell me what he thought of ‘the Westminster class’. He had been one of my participants for the Great British Class Survey, so he knew the irony of using the term. Politicians were part of it, but also talking heads, journalists and commentators on political programmes. If he was at home in the day he sometimes watched the BBC’s Daily Politics. “I can’t even hear them anymore – they sound like the school teacher from the Charlie Brown cartoons,” he said.

John and Steph both felt there were physical gaps in communication – Steph was convinced politicians thought they were invisible, while John simply couldn’t hear them anymore.

I went back to the café in East London where I used to talk to a group of local women between 2013-2017 about home, family, community and politics. I met up with three of the women. Two new babies had been born since 2017. ‘Mary’ used to work in the former boozer and has now officially retired at 68. She was finding it very difficult to manage without the money she earned there. She has a new granddaughter whom she was over the moon about. ‘Kerry’ has had a baby boy and still lives in the one-bedroomed housing association flat that she managed to secure four years ago. Her elder daughter is living with Kerry’s mum. ‘Sally’ is still battling with the council and the local school over the one-bedroomed flat she shares with her mother and two daughters. Her eldest daughter has just started secondary school and the worry over how she will manage in such a cramped home is written all over her face.

After finding out how everyone was, I raised the word ‘Brexit’, though I felt guilty about bringing up a subject that feels indulgent after hearing about the continued stresses of these women’s lives. Actually they jumped into the conversation. Sally was relieved not to have to talk about housing and the school. Now that Mary is indoors all day, she has been binge-watching the parliamentary shenanigans, while Kerry says she really can’t be bothered with it. Mary has always been a Labour voter and now thinks she will vote for Boris Johnson. I ask if she likes him (I remember her hating him when he was the mayor of London). “No, I still hate him,” she says, “but someone needs to deal with this fucking mess, he’s a ruthless fucker at least he’ll do it.” Both Kerry and Sally say they won’t vote for anyone. They only voted in the referendum “for things to change”. Before I leave, I ask them the question I always ask at the end of every interview: “What do you hope for the future?” They laugh at me and tell me to fuck off. Kerry says: “All I want is what everyone wants, to have a happy and better life for my kids.” None of them think this is a possibility any more. There’s a nihilism here that was momentarily lifted around the 2016 referendum, when these same three women told me they were going to make “them – listen”.

“All I want is what everyone wants, to have a happy and better life for my kids.” None of them think this is a possibility any more.

I was surprised by their knowledge and interest of the Brexit debate – I had thought they might have been bored and sick of hearing about it. They all said they were, but the lengthy and critical conversations I had with them suggested otherwise. They were extremely engaged with the politics of Brexit – and in particular what they thought of ‘the Westminster class’.

If Westminster is hoping that they can’t be seen by the public, as Steph said, they are wrong. The public are watching them, and the people I spoke to and, I believe, the wider British public are learning a lot about how Westminster politics works since the 2016 referendum. But it seems that the Westminster class have learned nothing about the British public, especially the British working class they all claim to speak for. Brexit or remain, the Westminster class has turned inwards, totally unaware that the rest of the country is ready to move on. The parliamentary games, lengthy court battles and endless Westminster-obsessed commentariat are having the opposite effect on the working-class people I spoke to. They are seeing the Westminster class very clearly – and they know they don’t represent them.

Lisa Mckenzie is an Assistant Professor in the Department of Sociology at Durham University. This article first appeared at the London School of Economics (LSE Brexit)