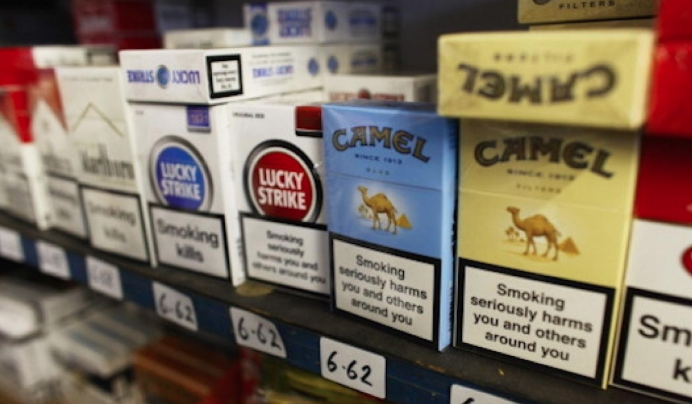 By Mark Bou Mansour – Tax Justice Network: For every dollar British American Tobacco (BAT) paid in tax in the countries it operates in, the giant multinational shifted more than half a dollar that would have been taxed locally to a UK subsidiary where BAT paid almost no tax.1 New analysis by the Tax Justice Network estimates Bangladesh, Indonesia, Kenya, Guyana, Brazil and Trinidad and Tobago together stand to lose a total of nearly $700 million in tax revenue by 2030 from the financial manoeuvring of just one tobacco company if business continues as usual.2

In a report published on the heels of BAT’s annual shareholder meeting in London, the Tax Justice Network has revealed a range of mechanisms used by the tobacco company in 2016 to shift income equivalent to over 12 per cent ($941 million) of its pre-tax profits to BAT Holdings Ltd, a UK-based subsidiary where BAT paid almost no corporate income tax.3 By charging itself royalties, rerouting loans through tax havens and paying interests fees on loans made between regional offices, BAT shrunk its tax contributions in low and middle-income countries where public funding is high in need and short in availability.

However, this picture remains incomplete: BAT has over one hundred offshore subsidiaries spread across 19 tax havens and books hundreds of millions of dollars each year to ‘other operating charges’ without further explanation.

The profit shifting practices fly in the face of tobacco companies’ claims to be essential tax providers to low and middle-income countries where 80 per cent of the 1.1 billion smokers worldwide live.4 For every dollar Bangladesh raised in income tax from BAT in 2016, BAT shifted 22 cents out of the local economy into the UK while smoking cost Bangladesh 24 dollars in economic damage.5

“Tobacco companies make a lot of noise about paying tax, but the nearly $1 billion that British American Tobacco shifted out of developing countries in a single year into one UK office – and the life-changing tax it avoided on that profit – tells a very different story.

“Cigarettes not only impose massive human costs, those who profit from them are actively depriving lower-income countries of the public funding they need to provide people with health services. At a minimum, governments must require tobacco companies to publish country by country reporting to make sure profits are taxed in the communities where they were raised, not in the tax havens they were syphoned off to.”

From 2014 to 2016, BAT Bangladesh Company Limited declared $21 million a year in obligations owed to BAT’s UK subsidiaries in royalties, technical and advisory fees and IT charge – equivalent to 15 per cent of BAT Bangladesh’s pre-tax profits over the three years. The payments allowed BAT Bangladesh to avoid paying the corporate tax rate on the $21 million it shifted into the UK and instead pay much lower withholding tax rates, costing Bangladesh $5.8 million in lost tax in 2016 – enough to cover the Bangladesh government’s per capita health expenditures for over 170,000 citizens for a year.6

The annual economic cost of smoking in Bangladesh is $1.8 billion where 40 per cent of men over the age of 15 smoke daily and over one quarter of deaths among men is caused by tobacco.7

By utilising intracompany loan interest payments and shifting profits from Brazil to the Portuguese tax haven Madeira, BAT’s Brazilian operation Souza Cruz reduced its tax contributions in Brazil by a total of $128 million between 2007 and 2014 – enough to cover the Brazil’s government’s per capita health expenditures for over 98,000 citizens for a year.8

The annual economic cost of smoking in Brazil is $19.7 billion where 19 per cent of men over the age of 15 smoke daily and 12 per cent of deaths among men is caused by tobacco.9

Indonesia may lose nearly $14 million in tax each year from future profits made by BAT’s main subsidiary in Indonesia, PT Bentoel Internasional Investama, due to loan interest payments and royalty, fee and IT charge payments made by the subsidiary. Because Bentoel has been making a loss each year since 2012 – losses that were exacerbated by the $164 million shifted in interest loan payments between 2013 and 2016 and the $20 million shifted each year in royalties, fees and IT charges between 2010 and 2016 – the losses incurred by the subsidiary through profit shifting over the past years are likely to be offset against future profits.

The $14 million in tax Indonesia stands to lose each year would be enough to cover the countries yearly per capita health expenditures for 125,000 citizens.10

The annual economic cost of smoking in Indonesia is $42 billion where 76 per cent of men over the age of 15 smoke daily and 21 per cent of deaths among men is caused by tobacco.11

“The Group fully complies with all applicable tax legislation where it does business, operates the transactions that occur between Group companies on an arm’s length basis and is a significant tax contributor to Governments worldwide. Classifying countries such as the Netherlands and the UK as tax havens is simply not a credible claim… the tax loss of $58.9m identified by the report simply does not arise.”12