Big Agriculture’s Brexiteers are pulling the wool over our eyes 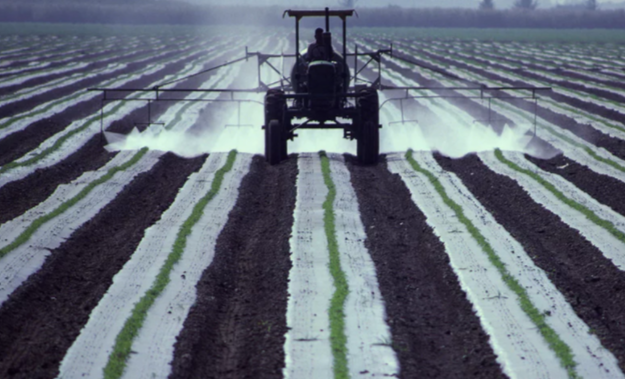 By Adam Ramsey – openDEMOCRACYuk: The European Union is, perhaps more than anything else, a farming union. About 40% of its budget goes on the Common Agricultural Policy, which has guided food production and land use across the continent throughout a 55-year period which has been marked by changes in farming practice as great as any since the Neolithic revolution. And it used to be even more significant – in 1984, 72% of EU funds went on CAP. Since member states agreed to a shared agricultural policy in 1962, the funding and oversight of farming has, in financial terms at least, been the main thing the EU has done.

In many ways, it is a disaster. In 2014, a Sheffield University study found that the UK’s soils only had 100 harvests left in them. In common with much of the rest of the world, the EU has allowed agribusinesses to push technologies which deliver rapid increases in short term yields, but burn in a few short seasons through top-soil built up over millennia.

As across every continent, biodiversity is in freefall as modern farming practices slash, drain, and poison our land, driving up short-term profits at the cost of food in the future. And though the EU mumbles its objections in endlessly updated biodiversity strategies and soil policies, each one fails to adequately address ever more species extinctions, lost habitats, and topsoil blowing in the wind – or running off in rivers.

And CAP is deeply unjust. It funnels money to mega-rich land owners, whilst the small-scale struggling farmers who get their hands dirty growing our food scrimp by. It is designed to support the propertied class of the world’s richest continent at the price of those in our former colonies whose governments are banned from paying them equivalent subsidies by the conditions of International Monetary Fund loans.

There are, however, two things to say for it.

The first is that it has protected rural land from the extremities of market fundamentalism which have shaped much of the British economy in recent decades. With a big chunk of farmers’ salaries paid for by the EU, rural land in Europe is effectively part-nationalised. Questions of public good get at least a modicum of consideration alongside short-term profits. The result is that the agricultural economy is one of the few areas of life which has had a little protection from the Great British Asset Striptease.

The second is that this degree of public control allows some weak defense for citizens, farm animals and wildlife. We have been protected from the sorts of extremes we see across the USA, where agribusiness runs amok, mastitis rates in GM hormone-fed dairy cows make me wince at the thought of milk and farmers are more dependent on pumping polluting chemicals over their fields.

However, this is all about to change. If the EU is a farming union then Brexit is an agricultural policy. And so, alongside the Northern Irish border, perhaps the most important question as we leave the EU will be, how will it change our land use? What will it do to our farming communities, the food they produce and the wildlife that lives alongside them?

To a some extent, it’s a question the government is hiding away: agricultural policy doesn’t make it into the list of key areas of Brexit which will be the subject of major ministerial speeches in the coming weeks. And to some extent, those few noises which are coming out of the government are positive: listen to Michael Gove, and his department is planning to sort out the soil problems, allow the living world to return with a flourish, and save our hedgerows and hedgehogs.

But agribusiness isn’t just going to accept this fate. As my colleagues and I trace who is shaping Brexit, we keep coming across the same phenomenon, which points in a very different direction.

On Friday, Crina Boros and Jim Cusick revealed the first big scoop of their new openMedia project, which is looking at corporate influence over journalism across Europe. As they describe, in 2017 the Swiss agricultural giant Syngenta bought positive coverage in London’s Evening Standard. They were pushing the usual line of agri-business: that they represent ‘technological progress’. But this clever piece of spin side-steps the real debate, which isn’t about whether new tech is a good thing, but about what tech and who controls it.

It’s no coincidence that the first piece of dodgy media influence that my colleagues stumbled upon in Brexit was a deal with an agribusiness firm. It’s what we keep coming across as we map who’s shaping Brexit.

We’ve written, for example about the Legatum Institute, the think tank which is exerting astonishing influence over the Brexit process.

As Guy Shrubsole revealed in openDemocracy, Legatum has met with the Department for Environment, Food and Rural Affairs six times since the referendum. And what is it they are pushing for? What they call a ‘New Zealand style’ farming policy: a model which comprises the removal of all farm subsidies and dropping of all trade tariffs.

“Pointing to New Zealand conjures images of a bucolic utopia – something encouraged by the Lord of the Rings films and New Zealand’s ‘100% Pure’ tourism promotion campaign. But the reality is rather different. I worked for a year in NZ’s Ministry of Agriculture & Forestry, and the fact of the matter is that New Zealand farming intensified greatly after trade liberalisation in the 1980s, with a boom in dairying driven by exports to China. That’s led to soaring greenhouse gas emissions from agriculture, and more water pollution from nitrate run-off due to higher livestock densities.”

The Legatum Foundation is ultimately funded and controlled – via his Dubai based hedge fund – by Christopher Chandler, a New Zealand born billionaire, who made much of his fortune from the economic crisis in the wake of the collapse of the Soviet Union.

It’s not just Legatum. We’ve also been following the European Research Group (ERG) since September: the hard-Brexit backing MPs now driving government policy. When Suella Fernandes, then ERG chair and now a Brexit minister, was interviewed by Conservative Home about what she saw as the opportunities of Brexit, the first thing she cited was, according to ConHome, “the chance to move to a New Zealand system of agriculture”.

In reality, when they say a ‘New Zealand model’, they mean mass deregulation: getting rid of those pesky and already insufficient laws which control pesticide use, protect our water supplies and stop our soils from disappearing even faster. We could expect our wildlife to die off faster, our hedgerows to be bulldozed, our small-scale farmers to go bankrupt, and agribusiness and big land owners to cash the cheque.

Just as global healthcare companies are desperate for access to the British market, so global agribusiness see Brexit as a rare opportunity to reshape farming policy to their advantage. It’s no surprise that they are buying positive coverage in our media and access to our ministers. What matters is how we respond.

With most agricultural policy decided at a European level for a generation, and a media which has carefully ignored anything substantive the EU is doing, British citizens are ill equipped to debate the detail of farming policy. But the signs are that global agribusiness is sweeping into our politics, hoping to grab everything before we notice.