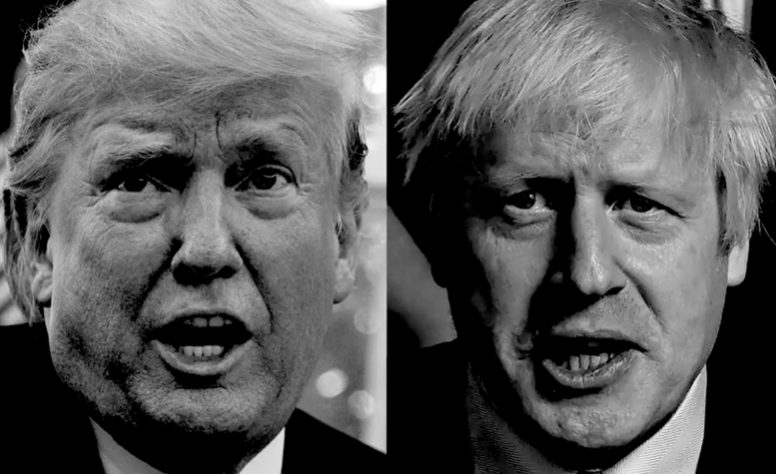 By TruePublica: Boris Johnson is supposed to be convalescing after his near-death experience with the COVID-19 virus. Although we were told he was taken from hospital to the PM’s country retreat at Chequers, he was well enough to make a five-minute speech to the nation from Downing Street. Just two days earlier, it was, in his own words – ‘touch and go’ if he would survive – but the NHS saved his life – ‘no question.’ Does one wonder how it is that Boris Johnson is well enough to speak to Donald Trump in America but not well enough to speak to the people of Britain?

The scandals of the Tory handling of this crisis has been like being on a film set, witnessing some sort of pre-apocalyptic historical account of how the government gets everything wrong in a pandemic and people die in their tens of thousands. We all know the grisly details. We know the government are largely at fault for not acting early enough, for not preparing the health service quickly enough, for not acquiring the correct protective equipment or life-saving ventilators. Scandals like the procurement of PPE, shady deals and company transfers are coming to light. Documents have emerged of the government willfully suppressing vital pandemic preparation information, downgrading the virus and more.

The newspapers and political commentators are full of scorn and even Piers Morgan has turned up the heat (strange times indeed). In this war, Boris Johnson has his head down and out of the line of fire. Churchill – he is not.

Last Tuesday, it was reported that Boris Johnson spoke with Donald Trump and agreed to work to fight the coronavirus pandemic in a telephone call.

Downing Street said in a statement following the call that the leaders had agreed on the importance of “a coordinated international response to coronavirus,” including through the G7, which is currently chaired by the U.S. This seems about right as both the UK and US have handled the crisis in pretty much the same way with international criticism quite rightly thrown at both – with condemnation focused on Donald Trump in particular.

In the same conversation, they also committed to signing a free-trade agreement between the two countries “as soon as possible.”

White House Deputy Press Secretary Judd Deere later tweeted that the “prime minister shared that he is feeling better and on the road to recovery.”

Raab stood-in for Johnson at weekly questions session in the House of Commons last Wednesday (against Kier Starmer), which is now operating virtually.