Brace yourself for Saturday 19th October 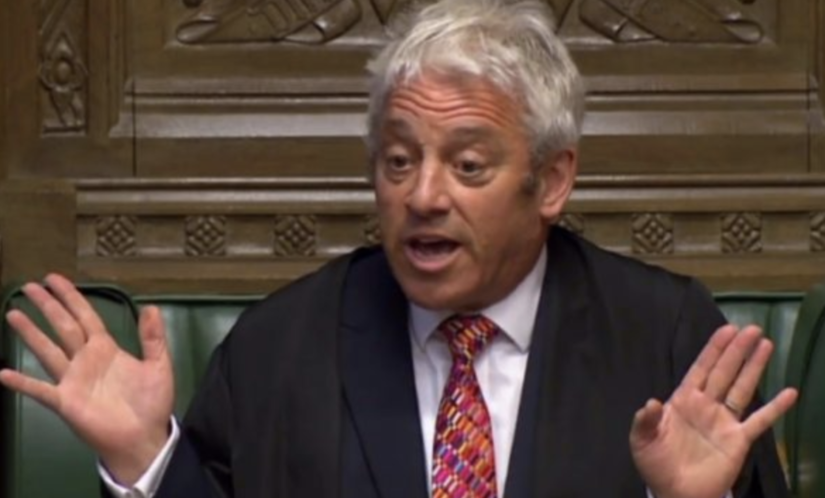 By TruePublica Editor: This Saturday is as important as that vote back in 2016. On the 23rd of June 2016, the electorate of Britain marginally voted to leave the EU. Three years and four months later parliament decides if that should happen. After the social division, mass political back-stabbings and subsequent implosion of the Tory party, the final showdown is tomorrow. MP’s have just one day to debate Boris Johnson’s Brexit deal.

There is no consensus from political commentators that this will pass – it might, but might not. If not, the chain reaction is that Benn Act (Johnson refers to it as the Surrender Act) will kick-in, an extension of Article 50 will be requested, and Johnson will call an election to add flames to the inferno. That is the reality no matter what the papers say. The EU will not, no matter what is being publicly stated right now waiver from giving an extension.

Another reality is what this deal really means. Fact – It creates a customs and regulatory border in the Irish Sea. Theresa May famously said, “no British prime minister could ever agree to it”. Jacob Rees-Mogg said that he would never support any withdrawal agreement without the implicit backing of the DUP – and the DUP will vote against. Boris Johnson said Theresa May’s deal was a kind of annexation.

Gina Miller – who initiated the original challenge to the government over Brexiting in the first place said last night that – “Basically it’s the May Deal with about 6 changes & 2 amended paragraphs to the Northern Ireland Protocol. If the Benn Act is akin to a surrender Act, this Withdrawal Agreement is a self-imposed kneecapping”.

European media and commentators were unanimous in saying that the greatest and most humiliating concessions in the new Brexit deal had been made not by the EU, but by Boris Johnson.

This is another reality. Boris Johnson’s deal is actually a worse version of Theresa May’s deal that was defeated three times out of three – because it was a terrible deal. EU leaders have won the day.

So if no-deal is better than a bad deal – why is parliament debating a worse deal than a bad deal. It makes no sense. But then again, nor does Brexit. And make no mistake about what this deal is – it extricates Britain from the single market and customs union but by all accounts, Britain’s most respected economists, experts and institutions have said – this deal will hurt Britain economically and it will have long-term negative effects. The amount of pain is yet to be fully understood.

In this deal, the UK’s trading territory is rewritten. Those who had said previously that Britain had to stay united whatever happened with Brexit – will, if they stick to that belief, vote against it. And let’s not kid ourselves here. We are witnessing the Union of Britain disintegrate. Scotland will get independence as Brexit is the best rallying call for the Scots to do so ever. Scotland has already been informed through back-channels that a fast track entry into the EU is all but guaranteed. Don’t forget Scotland has 80,000 sq km of landmass, England has 130,000 sq km – what a huge loss of territory between neighbours within the union. By 2025, you’ll need your passports to get passed Carlyle.

Once done, NI and Ireland could poll and then merge. There’s even calls for Welsh independence.

If this deal passes on Saturday, Britain will then negotiate whatever trade deal it can with the EU. The government will, without debate or reference to the electorate then face another crossroads. One leads us into the arms of the EU – where we just came from. The other presents Britain, as I have said so many times, on a plate to America.

Today, we are living in a political twilight zone. Tomorrow we get to find out a bit more about our future. Is it more turmoil or a lot more turmoil – whatever happens, the division, backstabbing and implosions won’t end.

Something that the MSM are not reporting is another vote this week. Remember all the lies from Boris Johnson and the hard-right free-market Brexiting jihadists that 80 million Turks were about to invade Britain via EU membership? Not only is that never going to happen, (especially as the Turks invaded North Syria last week) but a vote by European leaders rejected the request by Albania and North Macedonia to open negotiations on EU membership for the Balkans. In doing so, they confirmed what has been clear for a long time – that the process of European enlargement is over, and that the Balkans are not going to join the EU.

Moreover, Anglea Merkel (and therefore Germany) was pushed aside in that vote by France’s Macron as her political power and that of Germany continues to wane. If Britain had never entertained the idea of Brexit – it would be jostling and jousting against France for the de-facto leadership of the world biggest trading bloc – the EU. This is an opportunity Britain could have capitalised on big time and we blew it. What a dreadful shame and loss for our nation.

Tomorrow, parliament votes for an orderly exit or a catastrophic no-deal car crash. I suspect many MP’s opposed to this deal will be thinking about the future and contemplating the part they played in it. At this point, Johnson is in a short-term win-win position. Even if he loses tomorrow – he can say he did what he said he was going to do and was stymied by parliament. The bookies have him losing this vote, but only just. We’ll see.