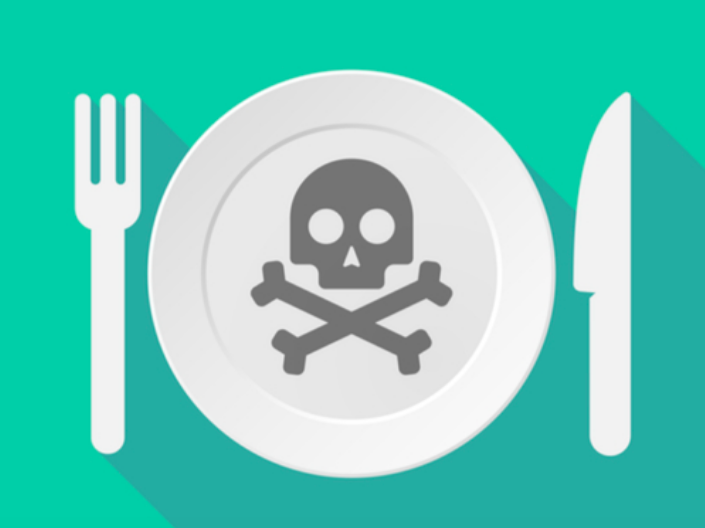 Brexit Trade Secretary Liam Fox is negotiating trade deals cloaked in secrecy. TPP was a massive, controversial, pro-corporate “free trade” agreement among the United States and 11 other countries – Australia, Brunei, Canada, Chile, Japan, Malaysia, Mexico, New Zealand, Peru, Singapore, and Vietnam. It caused considerable concern and protest from citizens. In Japan, TPP was delayed because it threatened to destabilise the government and cause an upset in elections.

The problem for the people who have to suffer these trade deals is that standards have to fall to a common denominator to allow all to trade freely and food standards is a good example to highlight what is coming to Britain if Liam Fox has anythihg to do with it.

A US-UK trade deal which will inevitably increase imports of American food could see the NHS forced to find huge sums additional money dealing with food poisoning, according to farming alliance Sustain.

Reported in the Farmers Guardian was that Sustain had examined the food safety records of the USA and found substantially higher rates of sickness and death from foodborne illnesses than those in the UK (see figures below).

Using Food Standards Agency (FSA) estimates of the current costs of campylobacter infections, Sustain estimated the UK economy would face a bill of at least £1 billion if US patterns of food poisoning occurred in the UK.

Costs to the NHS and lost earnings make up this figure, but the total could be several billion pounds more if other expenses such as additional hygiene inspections to check higher volumes of imported food were included.

The estimate also excludes costs to industry from increased food poisoning, such as recalls, loss of reputation and compensation claims.

“Our analysis shows if we accept imported meat without robust standards, we may also import increased food poisoning and possibly even deaths. The US is demanding we drop our food standards for trade, but our research shows cheap US meat will come at a cost to our health and economy.”

Dalmeny continued to say that the “new UK trade deals must support hygienic farming methods and good animal welfare. It is absolutely unacceptable that trade decisions will be made behind closed doors by Trade Secretary Liam Fox and trade negotiators, without consulting the public, food safety scientists and parliament.”

“We need to know for sure that Dr Fox’s team are not trading away our safety. There needs to be proper public and scientific scrutiny of all negotiations which affect what we eat.”

By importing American food standards, on current US levels, it would increase food poisoning in the UK 10 times from 975,000 cases a year to 9.5 million.

Here are the facts

But there’s worse when you know just how low food standards are in the USA. CBS news in the USA recently published what the American government allows as acceptable food standards. Here are just a dozen examples for your gastronomic knowledge at future dinner parties: