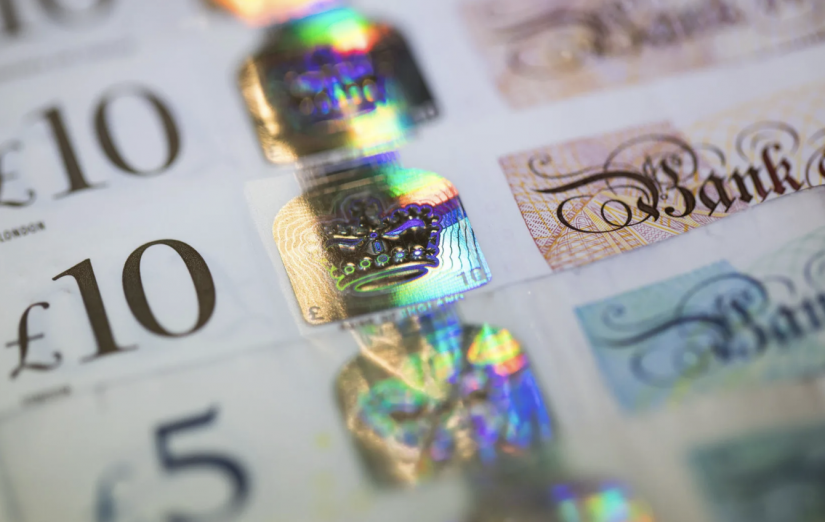 TruePublica Editor: I’ve been alerted to an article from Byline Times that is doing the rounds and getting a lot of attention. It reports that while the Prime Minister defies the law and insists Britain will leave the European Union on 31 October, his backers stand to make billions out of the disaster if that happens.

According to the records of both the elections watchdog, the Electoral Commission and the Register of Financial Interests, between 10 May and 23 July, Johnson received £655,500 in donations. Of these, two thirds – £432,500 (65%) – came from hedge funds, City traders or the very wealthy.

Under the 1922 Committee’s rules governing the Conservative Party leadership election, spending is capped at £150,000 per candidate, so that all contenders have an equal chance of competing. However, these limits only apply to the short campaign, which began on 7 July and excluded the period in May when Johnson announced his long-anticipated leadership bid. £318,000 of the donations were submitted late, after the leadership election result had been announced. These late filings conceal a significant trend.

The much-famed journalist Carole Cadwalladr who broke the Cambridge Analytica/Facebook scandal jumps in.

According to Byline Times, many of these late donations were from hedge funds and people that Johnson worked with on the Vote Leave campaign during the EU Referendum, which was run by his current Chief of Staff in No.10, Dominic Cummings. The Byline article does name names.

However, it’s not clear what exactly Byline Times are really saying. For instance, are they saying that all donations to BJ are motivated purely by making short-term profits, or that they are driven by the ideology of Brexit with a view to making more later on? Just for clarity – hedge funds don’t drive ideologies – they are motivated by money and nothing else. They don’t care who lives and dies (metaphorically speaking) – only that an outcome can be profitable. My own view is that it is more likely that their financial portfolios are being moved to reflect the outcome – because that’s what hedge funds do. I suspect the Byline article is motivated by a known, but little reported story that happened back in 2016.

Back in 2016, TruePublica was one of the first news outlets to report how hedge funds had been secretly paying the pollsters to shift, hide or alter data and tell the nation that the referendum result would fall on the side of Remain. In my book, Brexit – A Corporate Coup D’Etat, I devoted an entire chapter to this scandal that should have been properly investigated by the authorities.

“Behind the scenes, a small group of people had a secret—and billions of dollars were at stake. Hedge funds aiming to win big from trades that day had hired YouGov and at least five other polling companies, including Farage’s favourite pollster. Their services, on the day and in the days leading up to the vote, varied, but pollsters sold hedge funds critical, advance information, including data that would have been illegal for them to give the public.”

Bloomberg News then reported six months after the referendum that hedge funds and the pollsters were colluding to make a profit from deceiving the public. And they also reported this little gem.

“One person with questions still to answer is Farage, a former commodities broker who also went to work for a London currency trading company after he moved into politics. He twice told the world on election night that Leave had likely lost when he had information suggesting his side had actually won. He also changed his story about who told him what regarding that precious piece of information.”

As for the pollsters involved in this scandal, they said Brexit yielded one of the “most profitable single days in the history of their industry“. But was that event really a co-ordinated effort to see Brexit happen. The answer is both yes and no. Yes, there was an opportunity to make money, legal or otherwise, and many wealthy elites and corporations would like to see no-deal Brexit for all manner of reasons. And no, this single action was not enough to achieve Brexit. But it was another action that contributed to it. The pollsters effectively contributed to a ‘voter disengagement’ strategy ie that people we so assured of a Remain result, they did not vote (the margin was small remember). Vote Leave also used ‘voter disengagement’ strategies through the CA/Facebook scandal, on those who they thought would vote to Remain.

This next piece of information is significant though. Byline Times reveals that currently £4,563,350,000 (£4.6 billion) of aggregate short positions on a ‘no deal’ Brexit have been taken out by hedge funds that directly or indirectly bankrolled Boris Johnson’s leadership campaign.

“Most of these firms also donated to Vote Leave and took out short positions on the EU Referendum result. The ones which didn’t typically didn’t exist at that time but are invariably connected via directorships to companies that did.

Another £3,711,000,000 (£3.7 billion) of these short positions have been taken out by firms that donated to the Vote Leave campaign but did not donate directly to the Johnson leadership campaign.

Currently, £8,274,350,000 (£8.3 billion) of aggregate short positions has been taken out by hedge funds connected to the Prime Minister and his Vote Leave campaign, run by his advisor Dominic Cummings, on a ‘no deal’ Brexit.”

There are two issues. The first is how much is going into BJ campaigns and by who. The second is not the sums involved in the short positions (even though they are large) but that these short positions are remarkably like those on referendum night back in 2016. Assuming the data is correct, you’d think Brexit was about to happen. In other words, what do they know that the rest of us doesn’t? And as Byline quite rightly comments – under the Ministerial Code, Government ministers must have “no actual or perceived conflicts of interest”. But what could be a bigger conflict of interest than those bankrolling the Prime Minister also having a vast financial interest in a catastrophe for Britain? 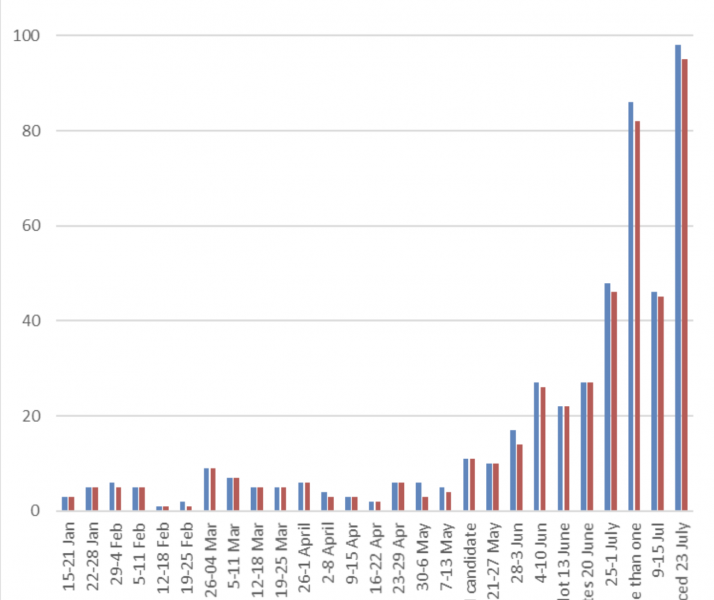 The currency markets are not convinced though, Sterling has recovered a little since a no-deal Brexit appears, at least for the moment, not to be happening on the 31st October.

If Cummings/Johnson is wrong and Brexit is thwarted come 31st October, and a general election ends with a referendum that reverses Brexit, revenge against the Johnson cabal would be swift and some of the hedge funds will lose their shirts. Either way, the Byline Times story is interesting and quite worrying, as, on balance, the money is piling on a no-deal 31st October.