Brexit: Beware – It’s all starting to stink of something else 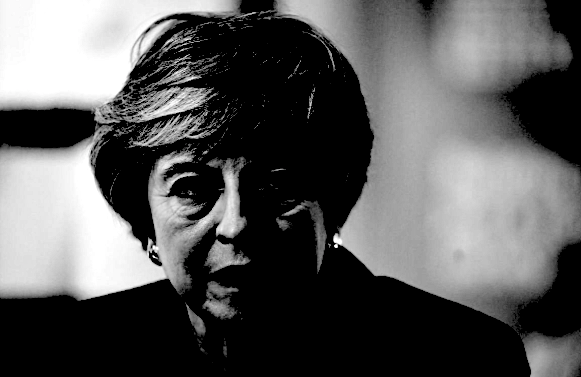 By TruePublica Editor: When will the leadership at social media platform Facebook get it? When will they understand the scale of damage being done with its insidious and pernicious system of systematically promoting division, distrust and disharmony through the slow-burn destruction of democratic principles?

It is simply not a good enough defence to say that as a private company they can do anything they like as long as they don’t break the law.

Just last week, Facebook was exposed yet again accepting political ‘dark money’ to promote a hard Brexit. An Observer investigation found that the single biggest known British political advertiser on Facebook is a mysterious pro-Brexit campaign group pushing for a no-deal exit from the EU. Two weeks before, the same happened – more dark money poured into political campaigning for a hard-Brexit. Again, more being spent than all known campaigning groups combined.

The influence of “dark money” in British politics has been unearthed through relentless and tenacious investigative journalism, not by the police or other state agencies. No-one has yet been arrested, even after the evidence has mounted. The police, National Crime Agency and Electoral Commission are all forcibly involved and other than a few paltry fines have dragged their feet. By the time anything happens, a terrible Brexit deal will be done or Britain will go over its self-imposed cliff.

In last week’s exposure, a little-known campaign group, with almost no public exposure, no public following to speak of and publishes no information about itself, has spent more than £340,000 on Facebook adverts backing a hard Brexit – making it a bigger spender than every UK political party and the government combined. For clarity, this type of money gets you tens of millions of adverts pushed to specific groups of people.

As editor of TruePublica, I published a story about Brexit and added a paragraph about a book we are promoting – Brexit – A Corporate Coup D’Etat. That paragraph included a link to the publishers. That was enough for Facebook to email me and demand A) payment to promote the article and B) that I provide passport and proof of address – because this was clearly a “political advert sensitive to the national interest.”

And yet – SCL Elections/Cambridge Analytica had the full force of Facebook’s database to pump billions of targeted micro-ads to swing voters during the EU referendum and during a period where it was illegal to do so. That acceptance of ‘dark money’ and the organisations and individuals involved was exposed and its CEO Mark Zuckerberg summoned to appear before the British political system. He simply refused to answer any questions.

In the Observer’s article of last week, it was obvious what is going on. “The sophisticated campaign includes thousands of individual pro-Brexit adverts, targeted at voters in the constituencies of selected MPs. The adverts urge voters to email their local representative and create the impression of a grassroots uprising for a no-deal Brexit. The MPs then receive emails, signed by a “concerned constituent”, demanding a hard Brexit. The emails do not mention the involvement of an organised campaign group.”

In the meantime, Sky News has just published its own investigative findings on the same subject. Its headline is: “Fake, foreign and far-right: Dodgy accounts uncovered pushing Brexit agenda on social media.” The entire article is about research that confirms how political extremists outside of the UK have been amplifying online pro-Leave views on Brexit. Unsurprisingly, it mentions America a few times.

Tell me if this deception is right and proper given Britain’s delicate situation?

The problem is that no law is being broken by this type of campaigning. It is quite legal for any individual or campaign group to promote political material without declaring where the funds come from as long as it is outside a defined election period.

However, this moment, the Brexit moment, is Britain’s biggest political moment – and much of what is happening is due to perception. This must be true or no-one would bother spending vast sums of money on it in such a way – and then going to great lengths disguising where it comes from. It can’t be ethical, professional or moral can it and probably not legal – not if you’re hiding in the shadows.

And who is funding this campaign? Don’t we have a right to know? Doesn’t the government want to know if it might be arch nemesis Putin and his white cat, mad missile Kim Wrong’Un or even worse, the most bigly orange estate agent sat in the roundest of rooms in Washington DC?

Does anyone really believe that our misguided, out of control, domestic surveillance agency, MI5 knows nothing of this attack against Britain’s democracy? Is that not what they are for in the first place – to ensure that the dark forces operating under the radar are not usurping the establishment?

Does this look right to you?

Theresa May is part of the establishment. She headed up the Home Office. She has twice been accused of serious Brexit cover-ups. That’s the Prime Minister of Britain – accused of cover-ups. In any previous government in British history, May would have resigned by now. Even Cameron, the worst PM since god decided seven days was enough work to create an entire world full of wonderful and equally rubbish things resigned.

One coverup was the accusation that she blocked an investigation into Brexit bankroller Arron Banks in the run-up to the 2016 referendum. He’s since under investigation by the National Crime Agency. This only happened because of journalism, not the government or police action.

In the aforementioned book, you know the one that’s been censored by FB, there is a chapter dedicated to another coverup by Theresa May.

“However, it was not until after the EU referendum, that the Home Office under Theresa May was found to have held back a number of other government generated reports that detailed the positive impacts immigration has had upon Britain in recent decades. Vince Cable commented on what can only be described as vitally important information suppression (censorship) by the government stating that:

“When I was Business Secretary there were up to nine studies that we looked at that took in all the academic evidence. It showed that immigration had very little impact on wages or employment. But this was suppressed by the Home Office under Theresa May because the results were inconvenient. I remember it vividly.”

The book (that unearths some amazing facts) quoted another report that said: “Theresa May faced accusations from within the government that she tried to remove evidence. Correspondence seen by the Guardian laid bare a six-month tussle between Conservative and Liberal Democrat advisers, which was part of a government-wide exercise into the pros and cons of EU membership. Emails dating back to 2014 show Lib Dem advisers, who were then in government as part of the coalition, complaining repeatedly about Theresa May’s deliberate interventions.”

In the book (you should buy one, it’s only £2.99), another little fact is unearthed. It is a fact, that almost everyone would not just understand but would support.

“The report also detailed numerous ways in which Britain could easily reduce the overall number of EU nationals coming to work in the UK if it had wanted, including implementing a two-year residency restriction for unskilled workers and further restrictions on bringing family members over.

“A lot of the pro-free-movement evidence has been removed,” complained one adviser, citing a UCL report This was, if anything, a disgraceful cover-up by the government.”

Actually, it was yet another report stifled and shoved under the carpet during the EU referendum debate by none other than – Theresa May.

At what point do we really think she campaigned to Remain – because let’s be fair – other than the odd low profile speech, she didn’t.

Interestingly, pro-EU campaigners believe Theresa May made it harder for David Cameron to argue for Britain’s continued membership in the EU as a direct result. David Cameron’s former director of communications, Craig Oliver, also accused the Home Secretary of repeatedly failing to throw her weight behind the campaign to keep Britain in the EU. I wonder why?

Last November, Theresa May was again accused of being at the heart of another coverup by blocking publication of the full legal advice behind her Brexit deal. That is hardly democracy is it? May has persistently proceeded to Brexit failure at every stage – even though she has been warned with specific legal counsel.

Theresa May’s government has been found to be in contempt of parliament – a first. And she was handed the most overwhelming defeat in British political history – another first. All this alongside the coverups, the lying and threats.

In the meantime, why has the ultra-hard-right ERG group of Brexiteers, described as one of the most ‘powerful forces in British politics‘, funded by British taxpayers been given anonymity for so long?

That additional dodgy cash it gets from dodgy foreign donors called ‘dark money’ might have something to do with it, is nothing less than a scandal. Think about that for a minute. The ERG are hiding their member’s identities and where the money comes from whilst being at the very heart of not just government but Brexit. That doesn’t just smell a bit does it – it wreaks.

As Ian Dunt at politics.co.uk put it last week when commenting about Theresa May and her government – “The shame is gone. And that permeates all the way down the system, from the ceaseless lies told by MPs to the limitless cash ministers waste. Organisations take on the character of those at the top. We have Theresa May, so shamelessness, ignorance and inadequacy have now tricked down to every part of the governing structure.”

You’d think May had some sort of undercover protection team ensuring that no matter how bad the defeat, no matter how much she breaks ethical, moral or parliamentary rules, no matter how many lies or threats she issues – she will stand until the deal is done and then, just like David Cameron, disappear into the night.

If it doesn’t look, feel or sound right – guess what.