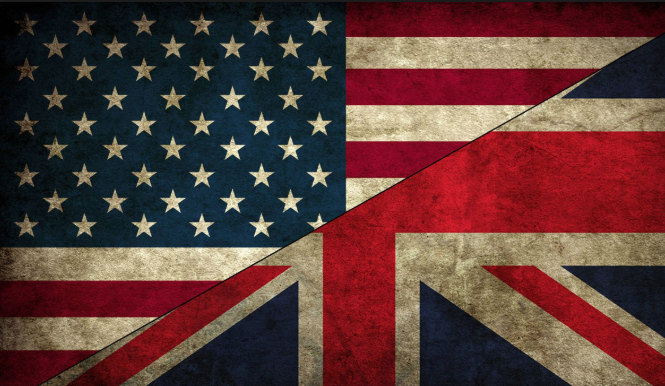 By Graham Vanbergen: I have written endlessly about the scandal that is now emerging. The involvement of dark money and right-wing free-market fundamentalists agitating for Brexit who secured positions in high office and the very corridors of power is surfacing. In my book, ‘Brexit – A corporate coup d’etat’ – I highlighted how they established, built and nurtured authoritative organisations to ensure that Brexit was not a wasted opportunity to push forward the next stage of the global reign of free markets.

The main thrust of the book was to highlight just how much ‘dark money’ from foreign donors – and by that, I mean American donors – was used (illegally) to tip the balance in favour of leaving the EU. The difference between 52/48 and 50/50 was just 1.2 million votes. One-third of those that actually voted in the EU referendum had not made up their mind just one week prior to walking into the voting booth. The type and style of covert influence that has had such serious implications to democracy that I wrote about is now becoming known. The tactics and strategies used are truly shocking in any democracy.

The extent of that influence, two and half years after the fact is now bubbling to the surface every day. The Electoral Commission, useless as it has proven to be, has been forced into action. The police are involved and now so is the National Crime Agency.  “Our role is to protect the public by disrupting and bringing to justice those serious and organised criminals who present the highest risk to the UK.” The NCA is now looking into the organised crimes of the Leave campaign and its collective funding operations.

The reality of life is that if you’re a billionaire or a corporation, there aren’t any rules and you can pay for what is in your best interest. They will not get caught. They will not go to prison. Just like the bankers.

Fantasising Brexiteers dream of the vacuum that Theresa May is creating. That dream consists of a bonfire of deregulation. That is the deregulation of workers rights, of environment protection legislation, food standards, animal welfare, agricultural safeguards and so much more. Britain obtained many of these safeguards through the membership of a club that wasn’t perfect – but it was a lot better than what is going to happen next.

But don’t take my word for it. Let’s see what is now emerging as investigators get their teeth into the scandal of the century.

Peter Geoghegan from openDemocracy (wrote just a few days ago)

“Over the past week, tens of thousands of pounds have been spent on Facebook adverts promoting a ‘no deal’ Brexit. It is not possible to find out who is funding these highly targeted campaigns, despite new regulations intended to make political messaging on Facebook more transparent. Over the seven days to last Saturday, spending by campaigners pushing for ‘no deal’ far outstripped that of anti-Brexit groups. Some of these paid-for Facebook adverts described pro-EU MPs as “traitors” and “globalist scumbags”. A single pro-Brexit group with almost no public presence spent almost £50,000 on Facebook. Britain’s Future – which does not declare its funders and has no published address – is running hundreds of very localised targeted ads pushing for ‘no deal’.

“In Britain, for example, we now know that the EU referendum was won with the help of widespread cheating. We still don’t know the origins of much of the money spent by the leave campaigns. For example, we have no idea who provided the £435,000 channelled through Scotland, into Northern Ireland, through the coffers of the Democratic Unionist party and back into Scotland and England, to pay for pro-Brexit ads. Nor do we know the original source of the £8m that Arron Banks delivered to the Leave.EU campaign. We do know that both of the main leave campaigns have been fined for illegal activities, and that the conduct of the referendum has damaged many people’s faith in the political system. But, astonishingly, the government has so far failed to introduce a single new law in response to these events. And now it’s happening again.”

Whether it’s dark money or data manipulation, trust in democracy requires transparency. We are finding that so much of the Brexit referendum took place under the cover of darkness. And there will come a time when Brexit is done, but elections will go on. As things stand, we risk slipping into democracy-in-name only.

This is especially pertinent when our election results are defined by tiny swings: the Conservatives would have won a majority if just 0.0016% of voters had chosen differently last year. Not many people need to be swayed for there to be a different Prime Minister – and unscrupulous organisations and states know it.

“Shadow Treasury minister, Clive Lewis, told Unearthed that Truss’ meetings with “dark money” groups linked to the Koch brothers: “tells you, if anyone was in any doubt, what the motivations of Brexit are for the vast majority, not all, of Conservative MP’s. When they say ‘take back control’ they’re talking about taking back control for a small group of wealthy individuals. That ultimately is what Brexit is all about, Brexit is about understanding that Europe, as neoliberal as some people think it is, is actually a bulwark in many ways against deregulation and liberalisation.”

Carole Cadwalldre – the Observer (for the New York Review)

“All eyes are transfixed on the EU exit sign. Yet the skulduggery, mayhem, and amateur dramatics of the Brexit negotiations have become perfect cover for something far more chilling. From the corridors of Whitehall and Westminster to the studios of the BBC, Britain’s establishment has buried its head in the sand while democracy and the rule of law have been subverted in plain sight. The government is colluding with an omniscient surveillance superpower (Facebook). A hostile foreign power has deployed a chemical weapon on our streets.

The book – Brexit – a Corporate Coup D’Etat has been censored by Facebook because it names them as one of the main cogs in this massive deception.

I wrote in the book – “All these reports, investigations and scandals that have emerged since Britain’s EU referendum must surely lead everyone to conclude that the EU referendum result was, in fact, more the outcome of a paid-for propaganda exercise facilitated by ultra right-wing radicals in the Tory party than democracy in action. It is leading Britain into chaos.

Democracy was denied to Britain when we found out that foreign-born billionaires and corporations had massively overspent official campaigning budgets set in law. Democracy was denied when Theresa May came to power and it will continue to be denied as she constantly changes the goalposts to best suit her game.

There is only one thing we can be sure of. The ‘investors,‘ especially the vulture funds, hedge funds and special interest groups exposed by all these scandals are looking to profit from the very chaos that Brexit causes – and it is unbelievable how been successful that plan has turned out to be.”

Not sure what to do this weekend? Then spend £2.99, instantly load up the book onto any mobile, tablet or PC and get prepared to be truly shocked by what you are about to learn.

“Real evidence of the horrendous fraud the Brexit really is (5 stars) – “This book gives access to the evidence of the biggest corruption scandal involving neo-liberal finance since Thatcher. There are detailed references to all the data they use.
Excellent.”

Graham Vanbergen is the contributing editor of TruePublica, a columnist for the European Financial Review and author of Brexit – A corporate coup d’etat.