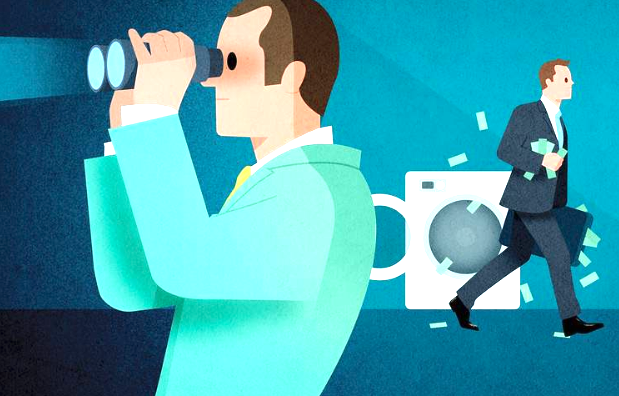 In the book Brexit – A Corporate Coup D’etat, one chapter is dedicated to the threat of EU regulation, due to be enforced in 2019, which would have all but destroyed Britain’s dominance as a global leader in the tax haven and money laundering business. Over the years, Britain has consistently voted against creating a globally representative inter-governmental body to shape a framework of rules to strengthen international cooperation on tax matters and has successfully resisted international pressure to take effective action against its tax havens in the Channel Islands, the Cayman Islands, the British Virgin Islands, and other British dependencies. In this article, the Tax Justice Network not only confirms this threat but highlights the ongoing efforts the British government are having in the background to create what they themselves are calling the – ‘Singapore-on-Thames’ development strategy.

The EU‘s new anti-abuse measures coming into force in this year would have tightened up restrictions on UK-based intermediaries (City of London et al.) that take part in off-shoring and tax avoidance, of which Britain is a global leader, had it stayed an EU member.

As far back as 2015, the Tories had rejected plans announced by Brussels to combat “industrial-scale tax avoidance by the world’s biggest multinationals”. After all, Britain had built a corporate tax haven for multinationals that included slashing corporation tax from 28% to 19%, for multinationals with offshore financing subsidiaries. As a result, Britain saw a number of large corporations set up (virtual) headquarters in the UK with a small amount of staff to take advantage of these tax laws.

What these new EU common tax regulations did was to threaten Britain’s competitive tax advantages over the other 27 EU Member States.

It is interesting to note that around the same time in 2015, Conservative, UKIP and DUP MEPs voted against the EU’s plans to crack down on corporate tax dodging, by making companies report where they make their profits and pay taxes. While the Conservatives blocked legislation, Labour, Liberal Democrat, SNP, Plaid, and Green MEPs voted for the plan.

Two years earlier In 2013, Cameron personally wrote and appealed to the then president of the European Council, Herman Van Rompuy, to prevent offshore trusts (like the one his father was involved in and he would personally benefit from) from being dragged into a wider EU clampdown on tax avoidance. Cameron argued that trusts should not automatically be subject to the same transparency requirements as companies.

In addition, the issue of Britain’s tax havens and tax arrangements with corporations and the banking industry had become so serious, a desperate David Cameron argued that the EU should ask the Organisation for Economic Co-operation and Development (OECD) and the G20 to agree on a global framework for transparency agreements, which it would not.

When Cameron learned that his efforts had failed and that the EU had forged ahead, off-shoring and mass tax avoidance in Her Majesties territories were then truly threatened. Trillions are laundered, hidden and disguised through a network of facilitators in the City of London and the British Crown Dependencies. The City of London has become known as the global crime scene for money laundering. The other jurisdiction that wants access to this huge secrecy network is both the U.S. and especially the transnational corporations of the U.S.

“It is amazing to see how a government can put itself at the service of the financial sector. Often it can be difficult to see who is a regular lobbyist, and who is a UK representative. And judging by what they’ve tried to achieve, it seems they’ve been more concerned with the interest of the banks than with those of its citizens,” said the author of the study, Corporate Europe Observatory campaigner Kenneth Haar.

Tax Justice Network’s John Christensen recently spoke at the European Parliament organised by the European Free Alliance of the Greens on Brexit and the future of tax havens. Here’s more information on the event and you can watch the whole thing here. Christensen spoke about the impact of Brexit on tax evasion and money laundering – and he makes some interesting points, part of which, makes reference to not just EU tax regulation but more importantly, what is coming next for Brexit Britain. Just three slides of that presentation says it all (The link at the bottom takes you to the entire text).

Brexit and the future of tax havens.

It will come as no surprise that at the time of the 2016 referendum the UK government did not have a clear vision of the type of relationship for trade in financial services they would be seeking with the EU27 once Brexit is finalised.

The initial assumption seems to have been that passporting rights could be retained for the UK-based financial services sector and extended to satellites in the crown dependencies and overseas territories.  This was the message I heard in the summer of 2016 both in London and the Channel Islands.

However, once it had become clear by end-2016 that passporting would not be a viable option, the focus shifted to gaining acceptance of mutual recognition of regulatory standards on the basis of ‘equivalence‘.

Judging from discussions I’ve had this month in London, this expectation of recognition of equivalence of standards remains the goal for post-Brexit relations.

I am going to suggest that granting of equivalence should be contingent on the UK and its dependencies committing to and implementing minimum standards on transparency and regulatory compliance, and these commitments are subject to regular – annual – review of their spillover impacts on EU and other third-party states in order to block the UK from engaging in tax wars and regulatory competition.

Before discussing this further, I want to raise my concerns about the UK government’s proposals for a Singapore-on-Thames.

Senior government ministers have been signalling the ‘Singapore-on-Thames’ development strategy since January 2017, when Prime Minister May and her Chancellor Philip Hammond both flagged it up as a potential route.  Since then other senior ministers, including Foreign Secretary Jeremy Hunt and Home Secretary Sajid Javid, have signalled that this is the model they would pursue post-Brexit.

Just to put this in context, Singapore has rapidly expanded its role as an offshore financial centre in the past decade, currently ranks number five on the Financial Secrecy Index, and has a secrecy score of 67.  That secrecy score reflects general weaknesses in Singapore’s corporate transparency regime and low level of commitment to tackling corporate tax dodging.

So this raises questions about what senior politicians in London mean when they talk about Singapore-on-the-Thames.  Mr Javid – a serious contender to replace Theresa May as leader of the Conservative Party, who has worked as a banker in Singapore – has spoken about using tax cuts and deregulation as part of a “shock and awe strategy” to transform the post-Brexit UK economy.

What the Singapore-on-the-Thames visionaries appear to have in mind can be summed up as:

As mentioned, you can read the entire text HERE. What these experts are presenting here should be of really serious concern to any normal British citizen. If, as many social commentators have said, that Brexit came about in part because neoliberal capitalism had created millions of ‘left-behinds’ what will a post-Brexit world look like when it is dominated not by an industrial regeneration and transformation programme to sell manufactured goods and services to the world, but merely a tax haven for the rich and powerful to contribute even less?

Read a brief article on Brexit – A Corporate Coup D’etat