BREXIT – Finally Laid Bare For All To See 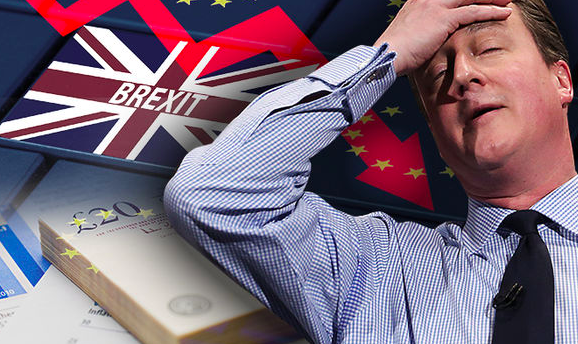 By Graham Vanbergen: The dream of Brexit, that of the so-called ‘ultras,’ the buccaneering Brexiteers is finally being laid bare for what it really is – a fantasy. The tally of Theresa May’s appointments who have walked out has now reached 18. The record-setting turnover rate in Theresa may’s government is only trumped in the democratic West by the master of chaos himself – Donald Trump, who to date, has lost 68 members of his Executive office staff – including the Whitehouse physician. And this is the man the ‘ultras’ are courting.

This dream has now turned into a constitutional and political nightmare – it is humiliating to witness. Britain, once a diplomatic titan in an uncertain world is now in catastrophic freefall. Political implosion is what now beckons.

The walkouts in the Tory party have one thing in common, it is what binds them. Not one of them has stated what they would do, or how they would replace Theresa May’s proposal. The only option they are providing – without being honest enough to say so – is a no-deal Brexit.

Two and half years into negotiations and the sixth wealthiest country on the planet has proved just one thing – it is incapable of negotiating any deals whatsoever – even with itself.

More cabinet resignations will likely lead to a vote of no confidence in Theresa May. That vote, if successful will spark a Tory leadership battle right at the moment that crossing the T’s and dotting the I’s on some sort of deal with the world’s biggest trading bloc should be done with smiles and handshakes all around.

The Brexiteers who promised us so much mislead everyone. John Redwood said – “getting out of the EU can be quick and easy – the UK holds most of the cards“. David Davis said – “there will be no downside to Brexit,” and my favourite bad guy of them all – Liam Fox, who famously said – “the free trade agreement that we will do with the EU should be one of the easiest in human history.” They were all ruinously misguided at best.

So what now? Well, if Theresa May does survive the next round with her knife-throwing colleagues, the chances of getting her deal through parliament now looks a bit belly up – euthanised by misadventure. In turn, a politically cataclysmic fight for a second referendum will open the doors to the proverbial abyss of chaos, as if we weren’t already most of the way there. And even if Ms May does win the day, what do we get? When politicians and political commentators were working through the options last year they spoke of EEA countries like Iceland, Liechtenstein or the Norway/Canada deal, but this deal is none of those. May has effectively put on paper a deal she herself said no British Prime Minister should do.

Throughout all of this – Britain has not taken back control. A hard Brexit might give us control but at an economic cost that would prove much worse than the effects of the 2008 financial crash where taxpayers bailed out a bunch of irresponsible louts in Lambougini’s.

To be fair to Theresa May she was dealt a bad hand but has proved beyond any doubt she is no card player. Her appointments, designed to keep enemies close – betrayed her, and her strategic decisions throughout have had all the hallmarks of political despair, like a cornered animal facing its final moments.

Much as I dislike Theresa May for her bad form in the Home Office, she has at least stuck to her guns – unlike the pitiful shards of a political party that boasted about strong and stable leadership, now forced to the edge of its own cliff. The ‘resigners,’  those that have chosen to walk away from their self-imposed dilemma are much worse though. They have abandoned the people they represent and the country they serve and now wait like salivating wolves ready for the final slaying in the glory hunting hope of being the next leader of the pack.

This shambles all started with Britain’s worst ever Prime Minister, David Cameron, stating in some sort of ‘moment of Blairism’ that he “thought he was right all along” to call the referendum. He wasn’t. This hoodie-hugging pig lover’s other decision of delusion was to blow up the wealthiest county in Africa and turn it into a slave-trading nation, which created the migrant crisis currently destabilising both Europe and Britain.

Today, the two main political parties of Gt. Britain have literally torn themselves limb from limb. The third has already been cremated and is now dust. Now we have thugs from the DUP calling the shots. Society is fully divided, the country has been reduced to the status of international laughing stock and the very union of Britain is now at threat.

Brexit is a politically generated crisis and a crisis of their ongoing mismanagement. In reality, it was a contest between the centre-right and radical right – now it’s turning into a fight for all of society.

There’s no way out of this crisis. No matter which way you turn it is a conundrum – like a riddle with no answer.

The fact that David Cameron, who let this uncontrollable genie out of its bottle, was so tragically mistaken is one thing, but the rest of this mess really only demonstrates that many of those walking the corridors of power are psychologically flawed and unfit for office.

This is not Brexit, it’s Brex-Shit – and nothing else.