Brexit – The cold reality of Theresa May’s game of poker 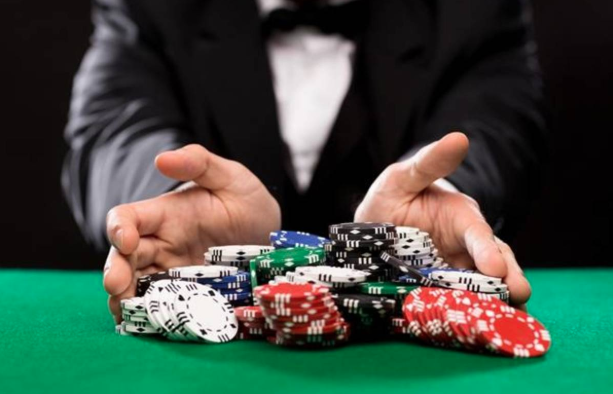 By TruePublica Editor: Can you imagine if the Labour party had suggested a change of economic policy in a manifesto that would involve the nation to lose £770 billion in revenue in just ten years? For perspective, this is about 20 years worth of spending on national defence – or 62 years of funding the police in Britain at current rates of expenditure.

It is difficult to overstate the mess that UK politics is in right now. There is now less than three months to go for the real possibility of leaving the EU with No Deal. Companies, operating businesses in the face of a government frozen by its own ineptitude have given up trying to work out what might happen. They are already making decisions to move jobs abroad to avoid the impact of that outcome. It is obvious that from that alone, the living standards of everyone in the UK will likely fall in some way. Rather than trying to convince these companies to stay, the government is actually urging them and British citizens to plan for No Deal. Billions of taxpayer’s money is already being spent to plan for a disaster that the government could stop in an instant by revoking the now famous Article 50.

In this, a magic money tree has just appeared, even though there clearly was not one when it came to paying NHS staff basic inflation pay awards. Or indeed the countless austerity measures the Tories dished out to claw back the cost of a criminal banking system that itself had bankrolled the … The Conservative Party.

So in plain speak, the story of Brexit has, in fact, ended up like this. The government, headed up by a PM who lost a snap election are now conjuring up money we don’t have to plan for an economic disaster that they will allow to be inflicted on the country that they govern in the first place.

I have said for a long time now, Theresa May is an authoritarian. Every man, woman and child have become political prisoners whilst she blackmails parliament. Her government is prepared to risk a full disorderly no-deal Brexit if parliament does not back her deal. And even if her deal goes ahead, the loss of GDP has now been calculated at £770 billion over the following decade, not the £100 billion that the mainstream media has published. Heaven only knows what the loss to the nation would be if Britain crashes out of the EU with no deal – called a hard-Brexit, that the Brexiteers so dream of.

Simon Wren-Lewis is Emeritus Professor of Economics and Fellow of Merton College, University of Oxford. He puts it like this:

“It (the EU referendum) was like offering to sell people fruit without specifying the type of fruit or its price. There is a great danger that people would say yes to fruit, and then be presented with rotting bananas that they didn’t like at an exorbitant cost. But when people say they don’t like bananas and these were too old and the price was unacceptable, they are told they had agreed to buy fruit so there is nothing they can do but pay up. You can see this problem in the polls: where Remain currently has a modest majority over Leave in a rerun of 2016, but it has a much bigger majority against the deal negotiated by May, with Remain versus No Deal somewhere in the middle (the last is probably flattered by many thinking No Deal means nothing happens). Therefore a consequence of both flaws in the 2016 referendum was that a second referendum, where both the form of Brexit and what the EU would allow were clear, became a democratic necessity.

“But despite all they say, neither May nor the Brexiters are democrats in this sense. All the talk of the will of the people is entirely bogus. They want their form of deal, however unpopular it is.”

“We can pinpoint exactly when this anti-democratic move began. It was triggering Article 50 without any agreement from parliament about the trade deal that should be negotiated. All A50 requires is a withdrawal agreement before a country leaves, with trade arrangements to be decided later. Most MPs were foolish enough to fall for this trap. They couldn’t see the difference between a request for fruit and the delivery of a particular kind of fruit with a price attached. So although the Brexiters and May’s intentions in triggering Article 50 were undemocratic (remember she didn’t want MPs to vote), MPs made it democratic through their own folly. They signed the country up for whatever rotten fruit May produced.”

May and the Brexiters’ plan would have worked if it hadn’t been for the Irish border, which the EU decided quite rightly should be part of the withdrawal agreement (WA).

Wren-Lewis continues: “The Brexiters did not want the UK to be part of the Customs Union or Single Market, and were quite happy to see a hard border in Ireland. But as the EU had ruled out doing any trade deal on these terms, that logically meant that the Brexiters required just one type of Brexit: leaving with no trade deal with the EU at all. This was certainly not what Leavers had talked about in 2016. May and the rest of her party were not prepared to suffer the economic consequences of this form of leaving, and so the actual Withdrawal Agreement (WA) May negotiated with the EU involved the UK staying in the Customs Union.”

For Brexiters, this type of leaving was in many ways worse than being in the EU, so they refused to vote for the WA. Because most of Labour’s members want a second referendum, the opposition dare not vote for the WA. We are therefore stuck. Stuck because of a badly conceived and poorly thought out referendum, because of May’s undemocratic nature (reflecting the very undemocratic Brexiters), and the EU’s laudable insistence on the backstop.

The reality is that no-one was told about this before the referendum and that Brexit would only ever be the ultimate political and economic riddle, which was really based on little more than fantastical notions (of Britain’s ability to reject a fully integrated and globalised world. You simply can’t have it both ways).

The majority of voters wanted to leave the EU in 2016, that much is clear, but they cannot agree on how to leave. That majority was pretty thin and its sentiment has already moved towards staying in the EU.

Wren-Lewis makes a great point. “May refused to allow a vote on the WA, and therefore denied parliament its ability to work its way out of the impasse we are currently in. They say parliament is sovereign, but it appears this is not the case if the Prime Minister is determined to sideline it and MPs protect their party rather than their constituents.” How is this ‘taking back control’ when democracy comes second to an authoritarian leadership?

We are trapped in a poker game between the two forms of Brexit few people want.

“The Brexiters are happy to continue to oppose May’s deal, because they know we leave with No Deal by default in March 2019. If either she or the Brexiters win their poker game we will embark on a form of Brexit that most people do not want, achieved by means that no one could call democratic. People do not want the WA or No Deal, MPs do not want the WA or No Deal, but we could well get one or other through a process of blackmail.

The end result is that this Conservative party have entirely through their own efforts caused considerable damage to the UK economy and have done so in the backdrop of a democracy they have held in utter contempt whilst holding it to ransom. They have thrown much needed public money down the toilet just so they could play their own poker game.

It is not possible to think of an economic policy as damaging such as the Conservatives have brought upon Britain. Think about this for a moment. Theresa May’s government is saying – vote for me and you’ll only lose £12,000 per head (£770 billion divided by 65 million people)  or we’ll throw the entire country overboard.

When the cold reality of Theresa May’s gamble goes to the vote this January anything could happen. The best deal on offer is that the economy will go into recession having never recovered from the 2008 banking crisis. That the politicians allowed that to happen in the first place, is a disgrace. It also demonstrates the sheer recklessness of the Conservative party who should never be allowed to govern again in their current disguise as so-called Democrats.