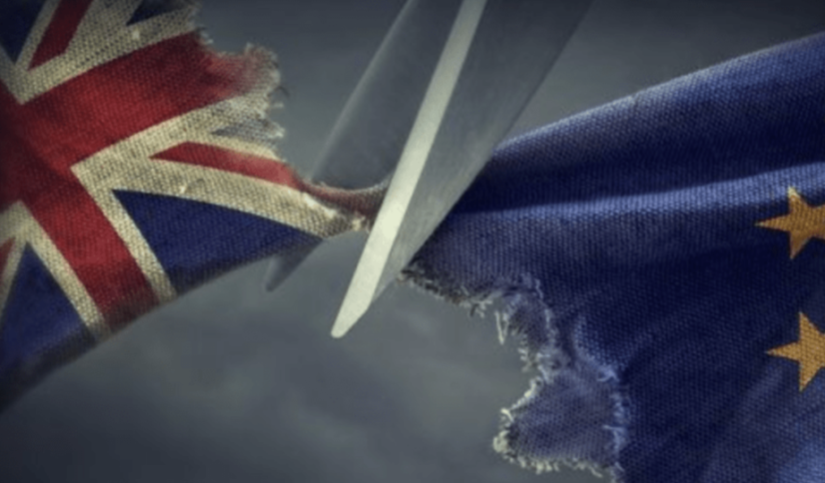 TruePublica Editor: This moment was always going to arrive and as I have always maintained, it will arrive too late. It started when the whole ideology of Brexit started to unravel. This unravelling really means that the lies promoted by the free-market extremists and those like Boris Johson who jumped on a band-wagon built of myths – became truths. ‘£350m a week for the NHS’ they claimed. Since the EU referendum result, Britain has lost £600million a week in lost trade as businesses relocated or stopped investing in Britain. They promised ‘sunny uplands’ and then inward investment crashed to the lowest in four decades and productivity went into reverse for the first time since the steam-engine was invented.

‘The fastest trade deal in history’ they said – until it wasn’t. Eventually, like the lies over Northern Ireland and more lies about borders, the general public slowly started to wise up.

Last week, consumer group Which? published the results of their latest survey which found that 86% of the public said they were concerned that a softening of standards under a post-Brexit free trade agreement could mean currently banned goods appearing on UK supermarket shelves.

Respondents were particularly worried about chlorinated chicken and hormone-treated beef being served up in schools, hospitals and restaurants, where people may have little information or choice about what they eat. Around 74% opposed importing food produced using these methods while 95% of people said it was essential the UK maintained existing requirements, which ban the use of chlorine-washing, growth hormones and many pesticides.

And yet – the general public has no idea just how much laws are going to change under the creed of free-market fanatics. But they will one day – and there will be outrage.

For Brexit, there’s another problem. Polling expert Professor John Curtice has frequently appeared on the BBC during broadcast coverage of general elections in the UK, giving highly accurate predictions of the results in 2005, 2010, 2015 and 2017. He also predicted the EU referendum result. If anyone knows anything about voter intentions – it’s this man.

Curtice has just revealed another ‘pivotal’ moment – the moment that the UK appeared to start showing regret about the decision to leave the European Union. Curtice was speaking at a UK changing in the EU event to mark four years since the referendum.

In explaining attitudes surrounding the referendum he pointed to numbers that showed the gap widening from 2016, where people thought the Leave vote was the wrong decision. Interestingly it’s not quite what you might think.

He said that the ‘pivotal’ moment for demonstrating that was the 2017 general election where Theresa May lost her majority, which put the UK on an anti-Brexit trajectory.

He told viewers of a live webstream: “If we did change our minds at any point, the 2017 election was pivotal.”

“It was not only pivotal in the history of Brexit in terms of parliament but it looks as though it was pivotal in balancing public opinion. This was primarily because it helped instigate a shift of attitudes amongst those that did not vote back in 2016. This did raise doubts about whether there was a majority in favour.”

Curtice pointed out that after this election that there was a “small but consistent” lead for ‘Remain’ in the country.

What this really means is that it is not clear at all whether the country is actually in support of Brexit by the time we left the EU on January 31 or by the time we reach December 31st this year.

Acknowledging a “small anti-Brexit majority” since the 2017 referendum, the professor said that he did not believe many who voted in the EU referendum had changed their minds.

However, he went on to say that the significant shift was from those who did not vote in the 2016 referendum. He explained that in 2016 “abstainers were slightly more likely to say they would vote Remain to say they would vote Leave but not dramatically so”, but on the other side of the 2017 general election “the abstainers are very clearly beginning to move in the Remain direction, and they remain consistently in that direction”.

Curtice added that the shifts between the initial vote and by the time Brexit Day took place “raises questions about the effectiveness of referendums as instruments of direct democracy, at least on a narrow vote”.

The abstainers are now far more likely to vote on Brexit if given an opportunity.

The point about this is really quite clear. The June 2016 EU referendum should have triggered a debate about what type of Brexit the country wanted, not caused the dramatic negative side effects that the country has suffered economically, politically and diplomatically. That debate may well have flushed out the liars, the baseless slogans, the propaganda – and given voters a chance to fully consider what Brexit really meant. It also means that if the same referendum took place next week, knowing what we now know – the result would more than likely switch to ‘remain’ by the same margin. And even if that was not the case, it would at least be a 50/50 result or thereabouts.

In hindsight, it is frustrating to know that if Brexit had been rejected, with Angela Merkel leaving her post in 2021, with Macron’s presidency failing, Italy’s political problems and the pandemic – Britain would now be the most politically powerful and stable nation in the biggest trading bloc in the world. And with America becoming isolationist, embroiled in trade wars with China and up-ending the international world order, Britain could well be the world’s leading light on the global stage.