Brexit – Thoughts for the next six months 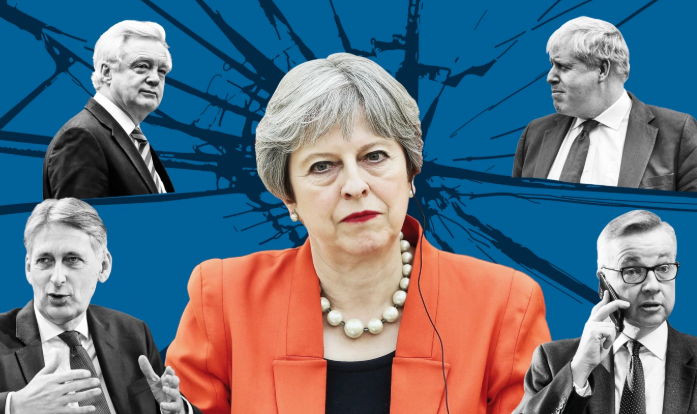 TruePublica Editor: The next six months means little more than brace yourselves for the ride folks. There’s so much skullduggery, chicanery and backstabbing going on there’s sure to be a political bloodbath one way or the other and the outcome doesn’t look pretty.

Asked how chaotic the coming months could be in British politics, even battle-hardened veterans from both main parties struggle to find the words reports The Guardian: “It could be utterly ghastly, with a complete breakdown in party discipline,” says one former Tory cabinet minister. “It is unprecedented in my 30 years.”

A Labour MP is similarly apocalyptic: “This is probably the most dangerous, existentially dangerous, period for the Labour party since 1981. It’s not clear that the party will survive this time.”

Political Betting has Emily Thornberry at 5/1 as next leader of the Labour party and Jeremy Corbyn now a 2/1 bet he will lose his leadership alongside Theresa May at 1/3.

The Sunday Times is predicting a ‘double-coup’ with both leaders being ousted. That’s never happened before. 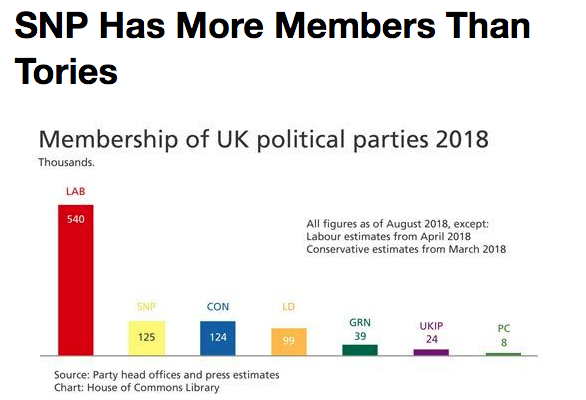 Did I mention that the SNP has more of a membership that the ruling party does or that Labour now has 20 per cent more members than all other parties combined or that they are now the biggest political membership party across the entire European Union?

And yet, Labour is on the brink of self-destruction.

It is no secret that potential Tory leadership candidates have been dining with donors with some plotting to stop Boris from doing any more damage – just at the same time Labour MP’s are covertly discussing a split.

In the meantime, the whole Brexit fiasco from one side of the political spectrum to the other is now just toe-to-toe punch-up.

Theresa May has declared war on Boris Johnson after allies said they had rumbled a plot by her Election guru to install the former Foreign Secretary as the next Prime Minister. Senior figures at Tory HQ claim that Sir Lynton Crosby is behind plans to mount a nationwide campaign against Mrs May’s Chequers agreement on Brexit as the precursor to a Boris leadership challenge.

Let’s not forget public opinion has now changed on Brexit as well. More people now want to stay in the EU as they have now decided that so many lies were thrown about that the best course of action would be to forget the whole thing and make friends with our neighbours who we’ve been trashing for the last two years. That could force a showdown between an angry electorate (well, half of them) and the government (about a third of them).

Then we have new constitutional boundaries where more Labour MP’s could lose their seats than Tories. But the Tory losses reduce the thin balance of power they currently have – so both sides have an axe to grind with each other and from within. There are 50 seats being sacrificed – how will the incumbents fight back one wonders? Then again, there could be a leadership battle and the Tories could lose more seats yet again – or not.

“If she presses ahead with Chequers or, more likely, a watered-down version, it’s hard to see how we avoid a decisive showdown before Christmas,” said one pro-Brexit MP.

We should not forget we have police investigations and electoral commission reports on how much illegal activity took place over the EU referendum in the first place. Not that I think either will have any impact whatsoever.

Will there be a second referendum? There’s a big campaign for its support building. I doubt it will happen – but it all adds more fuel to the fires springing up all over the political landscape and in this environment, anything could happen.

Most MPs expect a Commons vote on the final Brexit deal by the end of the year and that will be an interesting one to witness. It may well be interesting to see public reaction when there is an admission that no trade-deals have been signed and the ones with any real potential are years away. Britain may well have to use WTO regulations in a no-deal agreement just at the time that Donald Trump is pushing the organisation to extinction. Oh dear!

Should May lose that fight, few agree on what would follow: a leadership challenge, an election or a second referendum. And let’s be fair, it is not in the realms of fantasy that all three could happen in that order as well – one or all of which spells nothing but chaos for Britain.

The other option and just as likely is that Britain capitulates and agrees to the worst of all deals. That is, some sort of trade deal that existed before but with no seat at the top table to determine rules and regulations.

For the general public, there are huge concerns. A Lack of faith in politics/politicians/government generally has become a top ten issue for the country for the first time according to a new Ipsos Mori poll. I think Ipsos are way behind the curve of reality here.

“This month’s Issues Index shows public concern about Britain and Europe remaining at the same record level measured in July. Fifty-seven per cent see European issues as one of the biggest concerns and 44% name it as the single biggest worry, compared with 58% and 45% last month.”

The poll also highlights that the country has become more polarised as a result of Brexit. So there’s worse to come, especially as one half of the country loses, which it inevitably will.

The last six-month run-up to the expected March 2019 exit from the European Union is set up to be as explosive and unpredictable as ever.

I’m told there are lots of reason to be optimistic – I just can’t think of any!