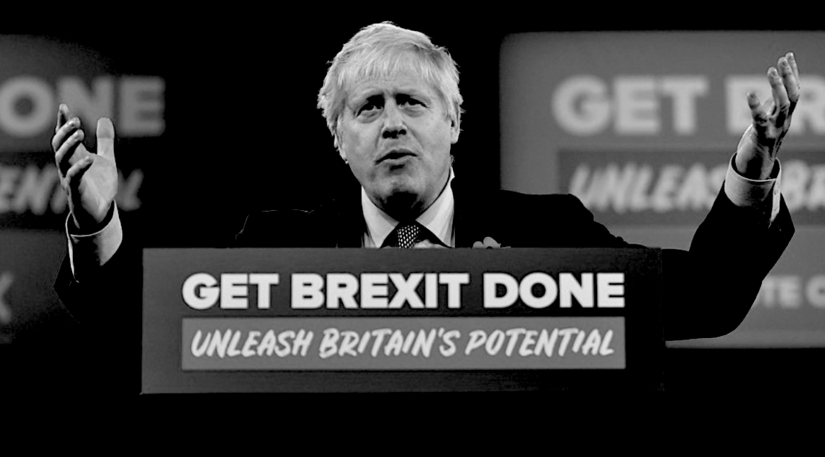 By Professor John Ryan: On 24 December 2020, Christmas’ Eve, the European Union (EU) and the United Kingdom (UK) reached a deal on the framework of their future relations – the so-called EU-UK Trade and Cooperation Agreement. British Prime Minister Boris Johnson once said that negotiations with the EU on the terms of Britain’s departure from the bloc would let Britain have its cake and eat it too. The UK, he insisted, would walk away with a Brexit trade deal that preserved unfettered access to the continent’s market of 450 million consumers, while freeing the UK from European rules, regulations, and standards.

Johnson has a unique view of sovereignty which does not equate with the reality of 21st-century trade. He has deceived himself or is a slow learner in accepting the flaws in his understanding which led to English populist nationalism. Even at this point, Johnson still has plenty of admirers and apologists in the media and elsewhere.

The British exceptionalism that Boris Johnson believes in is a post-Brexit Britain which is a world-beating power. The COVID-19 pandemic has starkly revealed the weakness of Johnson’s government, which seems incapable of running a modern society or fulfilling its most basic responsibility in keeping its citizens safe from harm. The comparative success in vaccine rollout is a welcome exception but should not erase from public scrutiny the many failings of the current government in the COVID-19 crisis.

There are striking parallels between the way this government has handled COVID-19 and its approach to the Brexit negotiations. In both cases, reality has taken second place to public relations, with the recurrent consequence that unwelcome decisions have been taken too late. The communication of these eventual decisions has seen contradictory and undermining rhetoric from ministers and their press minions.

The resultant unpreparedness will be an entirely fitting symbol of Brexit as a whole. Brexit has been and is, an ill-conceived enterprise, based almost entirely on slogans and delusion. This is further reflected in the lack of preparations by Boris Johnson’s government for the wholly predictable disruption to British trade after 1 January 2021.

The question of the UK re-joining the EU will not be on the political agenda for at least a generation. In fact, by now even many Remainers want to make the best of a bad job and move on. The EU would not want an application from a country that lacked a national consensus in favour of re-joining – which is far away. Meanwhile, Brexit adds to uncertainty about UK unity. It is helping to boost support for the Scottish National Party (SNP) and for Scottish independence. And then there is the situation in Northern Ireland which is staying in the EU single market and the customers union. Nobody can be sure how the border in the Irish Sea will affect politics in Northern Ireland in the next few years economically and politically.

Therefore, it remains to be seen what the long-term EU-UK relations will ultimately look like. While the EU-UK Trade and Cooperation Agreement is yet another step in the Brexit process, it is by no means the end of it. The implementation of the agreement – and the transitory periods it has created in some fields – will require continuous adjustments between the parties in the future, potentially opening also new scenarios as Europe increasingly acquires a concentric circles shape.

Every negative consequence of Brexit for the UK and the clear advantage for the EU is alerting the British public to the realities of Boris Johnson’s deal. As investment slows and jobs go elsewhere there will only be one person to blame – Boris Johnson. Brexit in its basic definition of the UK having left the European Union is done. The deal is thin, and the UK’s path is perilous. This exercise in national self-destruction has ended as a sad sideshow to the COVID-19 crisis, while Britain’s annual economic decline has been the worst in the G7 at 9.9 per cent. In comparison, GDP fell by 3.5 per cent in the US, by 5 per cent in Germany, 8.3 per cent in France and 8.9 per cent in Italy. However, the UK fared better than Spain, where the economy collapsed by 11 per cent last year.

Damage from both COVID-19 and Brexit will ultimately be the epitaph to Boris Johnson, Britain’s worst, and most incompetent Prime Minister.  His track record of incompetence so far includes 129,498 deaths as of 21 February 2021; £2 trillion in debt and £1.5bn channelled to friends of the Conservative party through PPE contracts.

“The sight of the UK being comprehensively out-negotiated by the EU while its political and media elite convinces itself that it scored some great triumphs and while misleading the UK electorate about the reality of Brexit is truly pitiful.”

As the Irish columnist Fintan O’Toole has written recently: “The EU scapegoat has now been ritually sacrificed to the gods of national identity in the hope that they will, in turn, bestow the greatness that holds Britain together. When the gods do not respond to the sacrifice, the people often turn their wrath on the high priests”. The sight of the UK being comprehensively out-negotiated by the EU while its political and media elite convinces itself that it scored some great triumphs and while misleading the UK electorate about the reality of Brexit is truly pitiful.

The widespread incompetence and cronyism that surrounds Boris Johnson make it hard to predict where UK politics may go in 2021. It is still four years to the next general election but amidst the disastrous impact of Johnson’s incompetence and constitutional strains, UK politics could rapidly become more unstable. The UK’s politics have been splintered, undermined, and upended by Brexit, and that looks likely to continue into the coming year and beyond.

The UK exceptionalism mentality keeps speaking of sovereign equals which is nonsense given the EU is a bigger population and a regulatory and trade superpower. Inevitably, the UK has succumbed to the reality in the trade deal on EU terms. Former Prime Minister Theresa May’s triggering of the Article 50 process before understanding what the country wanted from the trade negotiations was an error. The lack of a developed strategy by May was ill-advised, incompetent and arrogant and Johnson if anything has further compounded those errors. The UK economy, trade and business are paying a heavy price for Boris Johnson’s hubris.

Professor John Ryan is a Senior Brexit adviser for private and public sector organizations. He was previously a Fellow at LSE IDEAS – London School of Economics and Political Science, St Edmund’s College, University of Cambridge.