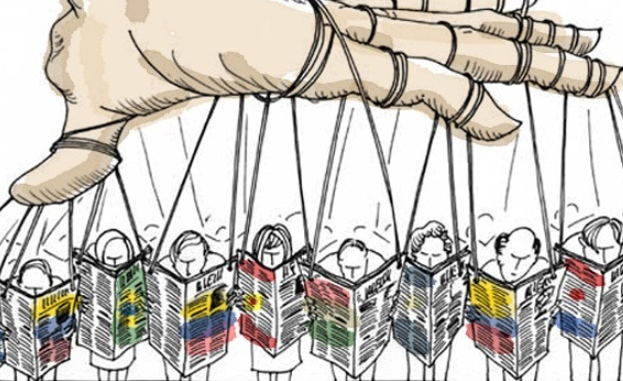 By Graham Vanbergen – Reporters Without Borders has openly stated that Britain is approaching a ‘tipping point’ after the passage of the Investigatory Powers Act as the UK slips to 40th place in press freedom rankings.

Think about that fact alone just for one minute and then think of the implications to you personally. Out of 180 nations listed, Britain now  lies in 40th place in terms of freedom – of the press.

At the current trajectory of government policy and legislation Britain will, by the end of the next parliament in 2022, have eased itself to No52 behind Papua New Guinea, Tonga, and Botswana. Britain – a once proud nation will be governed by those who will crush dissenting voices.

And don’t think this won’t happen. The 2017 Press Freedom Report only cites areas of legislation that has become law. It mentions but does not take actual account of the fact that a proposal for a new espionage act awaits its rubber stamping by unquestioning and compliant MP’s that will see the criminalisation of journalists and whistleblowers treated as spies as if passing information of national security to enemy states. Yes, the reporting of the MP’s expenses scandal back in 2009 would now, less than a decade later see journalists, editors and whistleblowers languishing behind bars in solitary for 14 years classed as enemies of the state.

Rebecca Vincent, Reporters Without Borders UK bureau director, said this year’s ranking would have been worse were it not for a general decline in press freedom around the world, which only makes the case for Britain’s press freedom even worse.

Britain has also dragged others with it. The so-called ‘five-eyes’ group has also declined as their collective paranoia takes shape. The US, long considered a bastion of freedom of speech thanks to its first amendment of the US constitution dropped two places, Canada fell four places, Australia drops six places and New Zealand slipped eight places.

Spying and surveillance is at the heart of these dramatic falls in free speech in Britain and its closest allies.

Just how much more in the way of strong language could Reporters without Borders have made their point when squarely blaming Britain and the US for these huge erosions of press freedoms:

“Donald Trump’s rise to power in the United States and the Brexit campaign in the United Kingdom were marked by high-profile media bashing, a highly toxic anti-media discourse that drove the world into a new era of post-truth, disinformation and fake news.”

In other words, the government is deliberately legislating its way towards serious declines in press freedom whilst allowing the disgraceful behaviour of media moguls to outright lie and push their propaganda strategies onto the general public without any form of scrutiny either way. 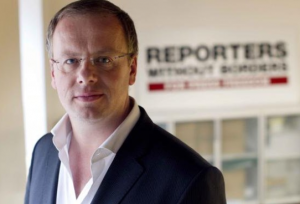 To confirm this the Press Freedom 2017 report warns through the organisation’s secretary general, Christophe Deloire, by quite clearly making the point:

“The rate at which democracies are approaching the tipping point is alarming for all those who understand that if media freedom is not secure, then none of the other freedoms can be guaranteed.”

And as I said earlier, make no mistake, both he and the organisation are not talking about some dodgy semi democratic regimes on the other side of the world, they are talking about Britain and America and the countries traditionally allied to them.

They described the recent Investigatory Powers Act, rubber stamped into British law last November as ‘Menacing’. This Act of violence against civil liberties literally gave the UK intelligence agencies and Britain’s police the most sweeping surveillance powers never seen in the western world. They also described Britain’s draconian surveillance state that puts journalists under intense government scrutiny as the “death sentence” for investigative journalism in Britain.

Jim Killock, the executive director of the Open Rights Group, said: “Extensive surveillance powers are threatening investigative journalism and freedom of expression in the UK – a deeply worrying trend that needs to be addressed.”

Killock went on to say that:“The government failed to protect journalists when it passed the Investigatory Powers Act. Now, the Law Commission has proposed to send them to prison if they so much as handle official data. This comes at a time when we must be able to hold the government to account over its vast surveillance powers … Mass surveillance chills freedom of expression and undermines democracy.”

Most of what you are witnessing with reports such as these was when Theresa May was in the Home Office but she is now in power and by all accounts will have a significant majority come June 9th after her unexpected snap election call. Once she has a clear road ahead, Britain’s press freedom and free speech will be flushed straight down the same toilet as much of our civil liberties and human rights have been since 2010.