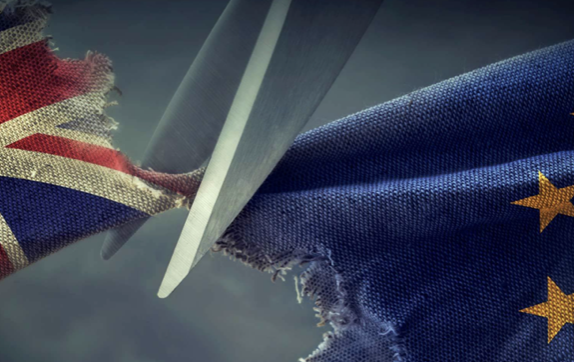 Brexit and Covid have done bad things to our country. The former was a deliberate stoking of built-up anger against a politically and economically flawed system. The latter has bagged a world-beating record – of killing more people per million than any country on earth. Contrary to many commentators, that the Brexit debate is over, that the vaccine will stamp out a virus – you can expect our already noxious political atmosphere to continue in Britain – and then get worse.

Both Brexit and Covid will soon be irrevocably intertwined to blur the responsibility of politicians who have failed to deliver their promises. For instance, Boris Johnson blamed Covid for the cratering of fish exports from Britain as restaurants had closed in France – as if somehow Covid had another unexpected symptom – a sudden dislike of grilled, baked and deep-fried gill-bearing aquatic animals matched with every carbohydrate known to mankind – one of the most popular forms of meat protein in Europe. Conversely, some politicians have blamed the razor-thin Brexit deal that failed to cross the T’s or dot the I’s on Covid – as meetings were delayed and had to be undertaken online. They will tell you that ‘some problems’ will need ‘ironing out’.

Either way, both will contribute heavily to the looming social and economic disaster that has inevitability written all over it. Hundreds of thousands of businesses will fail this year. In fact, the National Audit Office has issued a stark report referring to risks within the loan schemes made available to businesses with government backing to help them survive the coronavirus crisis. They expect something like one in three businesses will fail in the UK sometime in the near future – and this is not their worst-case scenario.

Those that have strong balance sheets will buy up competitors with resultant redundancies imposed in the name of efficiency. Billions in commercial debt will be written off, bankruptcies both personal and commercial will soar. If the government discontinues the stamp-duty holiday as it intends, housing transactions will grind to a halt. With a wave of the newly unemployed, property inflation is likely to go negative. Indeed, many will look to dispose of their homes before being repossessed by the predatory instincts of desperate banks looking to cushion losses.

‘Long Covid’ will also have to be accommodated. We have no idea what this may look like, but one thing seems sure – long Covid clinics will be around for some time – putting yet more strain on an embattled health service. At least 100,000 victims will be claimed in Britain before Covid is tamed enough for us to emerge from the constraints of our living quarters. Lawsuits aimed at the government for its negligence and incompetence are lining up. Crony capitalism will be the legacy of this Johnson government and accusations of corruption will linger for years.

“Unemployment or the loss of income which will always affect some in any society is certainly less degrading if it is the result of misfortune and not deliberately imposed by authority.”

And what will Brexit bring? Another thing that seems assured is a directly attributable fall in GDP, which in turn can only bring more unemployment. On the more optimistic side, KPMG forecasts Brexit will cause a 3 per cent fall in GDP. But the Office for Budget Responsibility (OBR) – the official government budget watchdog has modelled the effects of Brexit and it forecasts a 5.2% loss of potential GDP over 15 years. To put that in context – the peak year (2008) of the bank-led financial crisis caused GDP to fall 5.9 per cent. But it did so for only one year – not 15 in a row. Brexit has already cost £200 billion in lost GDP from 2016 to the end of 2020 (about £50bn a year). The expectation, more or less, is for this to double.

Friedrich Hayek the Austrian-British economist and philosopher who is best known for his defence of classical liberalism once said – “unemployment or the loss of income which will always affect some in any society is certainly less degrading if it is the result of misfortune and not deliberately imposed by authority.”

And that’s the problem. Both Brexit and catastrophic handling of Covid by this government will lead to misfortune and the imposition of unemployment – deliberate or otherwise. Unemployment is, other than starvation, one of the greatest levers of public dissent and physical protest there is. And there is already a lot of pent-up anger across Britain.

Half of the population are furious about the loss of European membership. At the moment, it feels more like a period of mourning – but that will change to anger as more and more stories emerge of what that really entails. Hundreds of thousands are angrily bitter at the treatment of Jeremy Corbyn by the establishment – the mainstream media, opposition party lies, internal mutineers and liberal centrists. The needless loss of family members will stoke lawsuits and when newly unemployed working people arrive at the border guards of Universal Credit, frustration will turn into something else.

This is the perfect atmosphere to see the blame game ramp-up the Trump-style culture wars, which we have already had a taste of in recent years. New demands by the public will lead to an incompetent government making yet more promises that it can’t deliver – as if Brexit wasn’t already a growing demonstration of failed promises.

All this anger will lead somewhere. In times like this, it heads towards the political right. The Centre for Analysis of the Radical Right (CARR) has defined what constitutes a significant move towards the radical right. It says that the scale of its basic attributes are flexible depending on the circumstances but that it can be formulaic – as is their following definition:

“A more simplified definition of fascism, would be a sort of formula like: racism + anti-intellectualism + anti-liberalism/anti-socialism + xenophobia + ethnocentrism + nationalism + queerphobia + misogyny = fascism.“

While the quantity of each factor varies, the combination of these in any quantity forms fascism. CARR says that most other tendencies, such as militarism, the cult of personality, etc., are determined by the amount of power and organisation that is acquired by particular groups and individuals. A touch too far and a light form of fascism emerges.

Another way of putting this is to say that if feminism, communism, anarchism, capitalism, and liberalism can have multiple varieties and evolutions, so can fascism.

And let’s not forget that fascism and conspiratorial thinking has seeped into the minds of millions. And this is not just in America as we have graphically witnessed in recent days, but right-wing populism known for its opposition to immigration, especially from the Islamic world, and for Euroscepticism within Europe itself has not gone away. Especially not in Britain.

Across continental Europe, there are 80 officially recognised active nationalist right-wing political party’s. They now make up nearly 18 per cent of all elected seats either in government or in official opposition. Although the earliest that are still in existence were registered as early as 1920, 41 right-wing party’s in Europe were established in the last 20 years alone.

We should be cautious in Britain. The rise of the radical right-wing, such as, for instance, members of the ERG who have heavily influenced the outcome of the biggest constitutional, political and economic outcome in Britain for hundreds of years are not finished yet.

As James Q. Whitman reminds us in Hitler’s American Model, Nazi Germany learned many of its practices by studying the Jim Crow laws in the United States.  It was the centrepiece anti-Jewish legislation of the Nazi regime. And contrary to those who have insisted that there was no meaningful connection between American and German racial repression, Whitman demonstrates that the Nazis took a real, sustained, significant, and revealing interest in American race policies.

It starts with culture wars. It’s what Trump did when advised by Steve Bannon. It’s what Boris Johnson started (also advised by Steve Bannon) with racial slurs and anti-immigration sentiment. Hitler and Trump tapped into the downtrodden working class and used them for their own ends. Their conspiracies and violence replaced truth and justice as a direct result of lies and propaganda.

Johnson is attempting to do the same with his ‘levelling-up’ programme and capture of Labour’s northern ‘Red-Wall’ heartlands with promises he won’t be able to deliver. He uses outright lying and propaganda to move his agenda on. ‘Fuck business’ was not some sort of slip of the tongue – but a deliberately orchestrated piece of propaganda to state he was on the side of the working class as are his racist comments at home and abroad.

“Right-wing protest politics has just catastrophically over-reached in America, but it is suddenly back in business in Britain

n the next few years, this constant drip, drip of bad economic news, of rising unemployment, of broken promises will be met with rising public anger. Don’t under-estimate where this can lead to – even in a country like Britain.  Let’s not forget that the Daily Mail lauded Hitler’s rise and Nazi successes as the “birth of Germany as a nation”.  It ran with the headline – “Hurrah for the Blackshirts” with an article celebrating Oswald Mosley and the British Union of Fascists (BUF). The Daily Mail praised Mosley and the Blackshirts seeing them as the correct party to “take over responsibility for British national affairs” – just as it praises the words of Jacob Rees-Mogg that Brexit will be the “biggest restoration of vitality and viridity to our land in generations.”

And they are to this day promoting right-wing attitudes and outright lies that has heavily contributed to rapidly rising xenophobia through its agenda of ethnonationalism.

For instance, the Daily Mail claimed in 2012 that the British team had 61 “plastic Brits” due to the fact they had been born overseas. The fact that they were British born athletes somehow meant nothing. It likened migrants to rats just as Hitler’s 1930’s propaganda campaign did. It has constantly stoked up its ageing audience in favour of ethnocentrism and bigotry.

Richard Murphy, the political economist recently remarked that Covid had put Britain in a place that – “totters on the brink of extremism.” The FT opines that rightwing Tories dramatically deepened the UK’s Covid crisis. The Spectator warns that “right-wing protest politics has just catastrophically over-reached in America, but it is suddenly back in business in Britain.” Full-Fact reports that QAnon has arrived by tapping into British “deep-seated cultural anxieties and our recent history of scandals.” It found an “almost perfect climate to grow in.”

Just wait until two right-wing television broadcasters get access to the living rooms of every home in Britain – just as they did in America. It’s a trajectory that has an agenda with nastiness built-in. It will not end well.