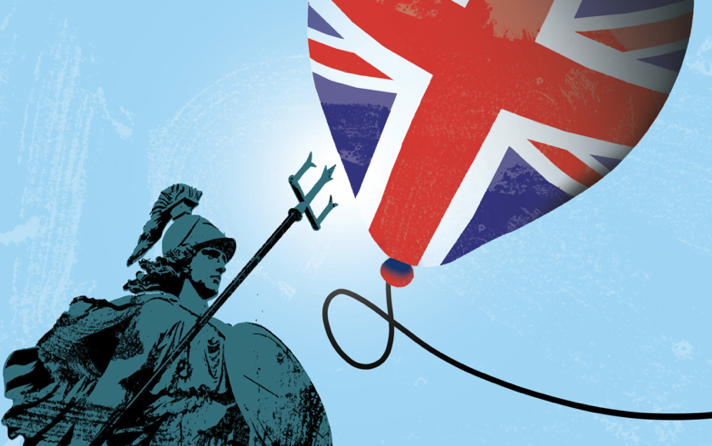 When David Cameron promised in 2015 to give a referendum vote on EU membership he was warned by everyone not to do it. Political advisors, the security services, economic experts and the constitutional legal beagles all lined up and gave warning after warning. Cameron went ahead in a bid to secure his own future and not only made a historically catstrophic decision that backfired, promises that Brexit would bring a new ‘golden era’ are very quickly disintegrating. However, it now transpires that not only were all these warnings based on sound thinking – even the most pessimistic of predictions are being overtaken by evidence that Brexit will be a true calamity for the country in the years ahead.

By TruePublica: One day after the result in June 2016, Foreign Policy wrote – “This is how a political life ends: with a crash, not a whimper. David Cameron’s place in history is now assured. He is the man who took the United Kingdom out of the European Union. As we wait for the full impact of Thursday’s referendum to be felt, he may be remembered as the prime minister who presided over the beginning of the end of the United Kingdom, too.”

Prophetic words indeed. Brexit, as predicted by all these professionals and experts, is rapidly turning into a political, economic and diplomatic nightmare.

We have already learned that decades of workers rights are to go up in a regulatory bonfire. We have learned that the fishing industry has been left for dead. It’s the same for much of the agricultural industry, the legal and entertainment professions – and the services industry, which makes up 80 per cent of Britain’s GDP. That now hangs in the balance – the cards of which, are almost all held by EU negotiators in the months ahead. We’ve learned that import costs on all manner of goods from the EU are rapidly rising. In one small example – the FT reported this only week that the cost of a single bottle of wine is to rise by about £1.50 because of additional red-tape alone. In other examples, rotting fish and meat make an appearance as does the cratering of the organic farming industry and the political nod for gene-edited foods.

The Sunday Times this week reports that the union of Great Britain is on course for disintegration and that a new constitutional crisis is rapidly looming because of Brexit.

“The UK is facing a constitutional crisis that will strain the Union as new polls reveal a majority of voters in Scotland and Northern Ireland want referendums on the break-up of Britain. A four-country survey we commissioned, based on separate polls in Scotland, Northern Ireland, England and Wales, also found that the sense of British identity that once bound the country together is disintegrating.”

There is something else about that report in The Times. It says that – “in another significant move, the Scottish National Party (SNP) announced that it is prepared to call a wildcat referendum of its own if Boris Johnson refuses to grant one himself — a move that puts the two governments on a constitutional collision course”. The warning bells should be ringing now as this has some important characteristics of the story of how Southern Ireland became an independent republic. And let’s not forget what that journey entailed – the troubles, as they like to call it, were deadly.

Not only is Scotland going to dominate much of the political agenda later this year – but In Northern Ireland, a majority — 51 per cent to 44 per cent — now want a referendum about the border within the next five years. You can see where this is going. The Tories, desperate not to be the party that presides over the disintegration of the Union, will arrogantly walk head-first into what it sees as a battle to win. It will stoke up fear and anxiety and make many threats, which will, in turn, make Scottish and Irish nationalism all the worse.

The Observer this week also brings us more bad news. British businesses that export to the continent are being encouraged by government trade advisers to set up separate companies inside the EU in order to get around extra charges, paperwork and taxes resulting from Brexit. Several companies have spoken with officials at the Department for International Trade and received the same advice. “When the government said it had secured free trade, it was obvious it was nothing of the sort,” said one business owner. VAT issues, new charges on moving goods and more bureaucracy all added up to an “administrative nightmare”, he said.

This will mean laying off staff here in the UK and taking on people in the EU to help make many companies viable. The Observer report also said that – “By moving operations into the EU and shipping out large consignments from the UK to their new European operations, the businesses can not only avoid cross-border delays and costs on every single small consignment they send, but can also defuse VAT problems that are currently hitting them and their European customers hard.”

It will be of no surprise to anyone that – The Department for International Trade was approached for comment but did not respond.

And to only make matters worse – in a further blow to the government’s idea of “global Britain” after Brexit, the chances of signing a swift UK/US trade deal also appeared to be ebbing away after President Joe Biden’s nominee for Treasury Secretary, Janet Yellen, made clear the president had other more pressing domestic economic priorities than international trade deals. “He (Biden) will not sign any new free trade agreements before the US makes major investments in American workers and our infrastructure”, adding: “Our economic recovery at home must be our top priority.”

Later this year, the Chancellor, Rishi Sunak will fully blame Covid-19 for the huge rise in national debt, whilst making no mention that Brexit only made matter so much worse. Tax rises are on the way – and although they will dress it up as something else – so is austerity for at least another decade.

100 years from the greatest power on Earth to political implosion