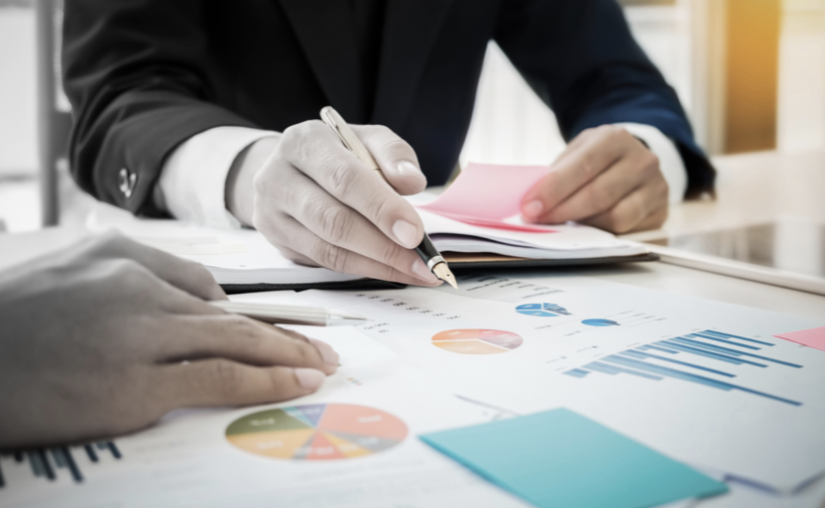 By TruePublica: The Taxpayer, now besieged by a government completely out of control over its handling of the pandemic are bearing the brunt of outrageous interest rates and arrangement fees charged by so-called ‘lenders’ providing emergency Covid-19 bailout loans for struggling businesses.

It’s not as if the banks themselves are doing badly out of loans they arrange that are then guaranteed by the government (or more accurately, the taxpayer) as figures revealed in a freedom of information request made by the PA news agency found over £65million in interest was paid out on loans given out under the Coronavirus Business Interruption Loan Scheme (CBILS) and the Bounce Back Loan Scheme (BBLS).

However, in addition to the above lenders are also charging taxpayers big arrangement fees and double-digit interest rates to provide struggling firms bailout loans that are then guaranteed by the Treasury.

Specialist financial companies, ones you’ve (probably) never heard of are charging fees of up to 5% of the value of each loan upfront, which can be as much as £5m per business, and interest rates up to an eye-watering 15%, which are paid by taxpayers in the first year. Some of the ‘financial services’ companies are even marketing the loans, which are supposed to help firms in distress, as ways to fund management buyouts or to refinance existing debts, which is not what they are intended for.

The coronavirus business interruption loan scheme (CBILS) was one of chancellor Rishi Sunak’s initial market interventions to shove money into struggling companies to help them survive the pandemic. So far, over 73,000 applications by these companies worth a total of £17bn (£232,000 average) have been processed. The state then guarantees 80% of each loan, with lenders on the hook for the remaining 20%. In other words, the taxpayer is taking the strain and the banks are almost completely shielded.

Unlike with the bounce back loan scheme (BBLS), which then followed CBILS, lenders were given the green light to set their own interest rates up to a maximum of 14.99% – any many have taken the opportunity to legally mug both the businesses they are supposed to be assisting with their survival and the taxpayer – as these companies are less likely to survive with such hefty debts/interest/fees to pay.

Among those charging the highest interest rates are the specialist are outfits such as Swig Finance, Growth Lending and ThinCats. The last one even invests money on behalf of the BAE Systems pension scheme, that effectively profits from the pandemic.

The government paid £65.7m in interest alone to CBILS and BBLS lenders between April and June, according to the British Business Bank. The average rate was 5.1%.

As you would expect, some banking sources said that the higher rates charged by specialist lenders tended to reflect the riskier nature of the loans, without making the point that these higher rates could very easily cripple businesses after the first year, when taxpayer support ends and they are forced to cover the interest payments themselves. This is not what the taxpayer is for – banks and ‘financial services’ looking at the pandemic as a business opportunity.

Whilst the mainstream media seem to have neglected this story completely, at least The Sunday Times reported it, with commentary from Greg Taylor, head of financial solutions at the accountancy firm MHA MacIntyre Hudson who said:

“These are not business interruption loans, they’re business go-bust loans. “This is supposed to be saving businesses rather than putting them under. The dilemma is that it’s taxpayers’ money you’re potentially profiteering off, and are you really helping somebody at 14%?”

A number of complaints from business owners and constituents over Covid-19 bailout loans has prompted a handful of MPs to raise the matter. Owen Thompson, the SNP MP for Midlothian, has put forward a debate in the Commons on the issue, which will be held this Thursday. Among those complaining to Thompson was John Crawford, who was offered rates of up to 10% by non-bank lenders before he managed to secure a loan from RBS at 4.7%. Crawford, 53, who owns Airco Developments, which makes air-conditioning equipment said:

The Sunday Times focuses on Swig Finance, a non-profit lender based in the southwest of England. It says that – “Swig is marketing CBILS at interest rates of 12%, along with an arrangement fee of 5%. Both are paid for by taxpayers, although the interest is paid for by the borrower after the first year. Swig is offering CBILS loans of up to £250,000, so taxpayers would pay an arrangement fee of £12,500 — plus at least £30,000 in interest. Swig said it had been excluded from the Bank of England’s term funding scheme, which allows eligible banks and building societies access to four-year funding at low rates.“

In its defence, Swig said: “Unlike the banks who went into the pandemic with robust balance sheets, we do not carry large reserves to provision for non-performing loans,” it said. “As such, we have to price our loans to provision for those loans that will not repay.” This being the case, why is Swig even allowed to be in the business, which the taxpayer financially supports if it does not itself have sufficient reserves. It is effectively creating a one-way street of profit.

The Times also highlighted Growth Lending, and in its report said – “which services SMEs, is marketing CBILS loans as a tool for management buyouts.” In a video on its website, an agent said they could also be used to “make acquisitions”.

In an information pack on its website, Growth Lending markets a rate of 6%-14%, depending on the size and risk of the borrower. It also charges a registration fee of between 0.5% and 2.5% — covered by the government. Needless to say, the Times reported that Growth Lending, controlled by the entrepreneur Lance Mysyrowicz, could not be reached for comment over Covid-19 bailout loans.

The big question here is why has the government allowed non-bank ‘lenders’ backed by private equity to refinance existing company debts at the expense of the taxpayer when the loans are supposed to be about saving struggling companies – and therefore the jobs of employees in a crisis.

The story of Covid-19 bailout loans is one that feeds into the high level of reports of abuse of office, corruption and malfeasance that has emerged by a government that is staggering from one crisis to the next. It is as if they are milking the system for all its worth before being caught out with their pants down when the tide retreats.