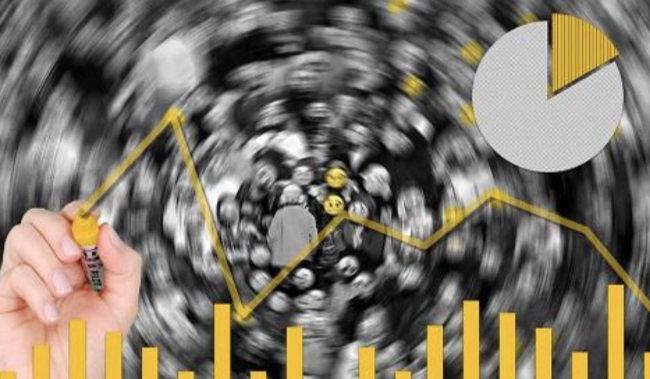 By TruePublica: The story of SCL Elections, the parent company of Cambridge Analytica, whose involvement in the election of a President and a historical referendum that could bring down the entire European Union project sounds more and more like the conspiracy of billionaires and their political handlers. It’s a story that’s complicated by layers deliberately designed to put off investigative bloodhounds – read on, its both fascinating and quite frankly chilling. This is, after all, you the taxpayer reading about our so-called elected representatives, who no longer represent anyone except an out of control ideology fashioned to entrench power and wealth.

On the 23rd March this year, Middle East Eye reported that an investigation revealed “UK’s Ministry of Defence held data analytics contracts with Strategic Communications Laboratories Ltd (SCL) subsidiary firm and Cambridge Analytica between December and February this year and had used them on at least four occasions in total.

A Freedom of Information request, published by the UK’s Defence Science and Technology Laboratory (DSTL – also involved in the Skripal/Novichok case) appears to show that SCL was also contracted by the Ministry of Defence in 2013 to carry out a pilot study codenamed Project DUCO.

The initial evaluation undertaken was part of the ‘Human and Social Influence’ project, funded by the MoD.

The focus of the study was “young unmarried males” in a country in which the security situation was so bad that preparatory work was done using Google Earth imagery.

This is factual confirmation that the British government is using a scandal-ridden organisation to formulate its own thinking at the heart of domestic and foreign policy. It also confirms that the government are using psychological warfare strategies against their own citizens and those of other countries.

Various reports start surfacing that revealed that the UK Foreign Minister Boris Johnson held an undisclosed meeting with Alexander Nix of SCL Group/Cambridge Analytica. It appears that the FCO seemed keen to learn lessons from the way SCL was involved in the Trump campaign. The fact that this meeting was deliberately missed off official government records is telling.

The response to an invite from the FCO from SCL/Cambridge Analytica reads: “Thank you very much for inviting SCL Group to discuss with the FCO and its partners the data strategy for foreign policy.  On behalf of SCL Group, I am writing to confirm attendance of our managing director Mark Turnbull and our data scientist David Wilkinson.”

These meetings were seemingly missed out in Freedom of Information requests as well.

Influence – How people get information and form opinions. What are effective influence strategies that embrace these changes?

Forecasting – How can data and data-driven decision making help us anticipate issues  and opportunities early and where possible take effective action to mitigate/exploit these?”

SCL confirmed to the FCO that they wished to “explore our early data strategy for foreign policy and seek your views in shaping this.”

When the initial CA scandal broke through into the mainstream media space, SCL group issued notices of legal action denying any involvement in Britain’s EU referendum, since exposed to have been somewhat less than truthful, albeit official investigations continue.

In addition, it was found that a number of high-profile Tory donors were also involved in the company that spawned the election consultancy at the centre of a storm about the use of private data from Facebook. The scraped data went from an admitted 50 million users to an uncovered 90 million users in a week. However, that is all we have learned so far. Facebook is not likely to admit their further involvement voluntarily or what the true numbers of privacy breaches really are.

Then, in the mix comes another grenade of truth to hit Tory headquarters. The parent company of Cambridge Analytica, SCL Group, was run by the chairman of Oxford Conservative Association. It has also been reported that one of the founding directors of SCL Group, was Roger Gabb, who remains on the board and donated over £500,000 to the Conservative Party. Rather cosy isn’t it?

A little more digging around and a few FoI requests later and the Home Office admit their use of the company that was bragging it could interfere in elections and referendums – in addition to the Foreign Office and Defence Ministry.

Careful words by PM Theresa May when speaking at Prime Minister’s Questions in the House of Commons in mid-March – “As far as I’m aware, the government has no current contracts with Cambridge Analytica.” The key phrases from a seasoned politician – “as far as I’m aware” and “no current contracts” – probably means – “highly likely” – whose to know.

Then just a few days ago, very publicly, Cambridge Analytica announce their own bankruptcy.

Business Insider reports immediately that although the company says it’s deleted that data, that fact is in dispute and that data and the psychological profiles it built from them could be considered to be its key assets, assuming it still has them. As such, the data and profiles could be auctioned off to the highest bidder in the bankruptcy process says Business Insider. But it hasn’t dug deep enough. No data will be sold, but it will be transferred.

Cambridge Analytica may have legally gone bankrupt but only as a cover story.

The news is leaking out everywhere that CA have simply renamed themselves Emerdata. More information is coming to the foreground about how and who is now involved. Just for a start, Emerdata was formed August 2017. CA quite obviously knew their time was up when the Observer/Guardian broke the story of CA’s involvement in the Trump campaign and EU Referendum result –  and they had been caught red-handed.

Alexander Nix (previous CEO of CA who then stood down as a direct result of the scandal) is appointed to Emerdata on the 23rd of January, so is Julian Wheatland, former CEO of SCL. Then Mr Ahmad Ashraf Hosny Al Khatib (described as a citizen of Seychelles) is appointed a director, so is Ms Cheng Peng and Mr Johnson Chun Shun (Hong Kong).

Ms Rebekah Mercer (New York) is then appointed as a director on 16 March 2018, so is Ms Jennifer Mercer (Florida).

Alexander Nix then resigns in April as the heat intensifies and Dr Alexander Tayler is appointed as a director – one of the same team at the heart of government meetings with the FCO.

Don’t forget Robert Mercer (related to Rebekah and Jennifer), a billionaire hedge fund manager was one of the original founders of SCL Ltd/Cambridge Analytica along with Steve Bannon who was a former vice-president and board member of Cambridge Analytica and went on to become Chief Strategist for Donald Trump (then sacked).

Erik Prince is an American businessman and former U.S. Navy SEAL officer best known for founding the government services and security company Blackwater USA, now known as Academi. Blackwater was a huge security company that operated in Iraq after the American/British led invasion. There, it was involved in all sorts of scandals including the massacre of unarmed innocent Iraqi civilians. Cutting a long story short, Prince effectively walks away still intact and unscathed from his company crimes, whilst employees go to prison.

The public relations mess that Blackwater caused angered Washington and shined a light on the many questions surrounding the legal status, management, oversight and accountability of private military forces. Not that it has stopped – or changed anything.

Then Prince emigrates to the Gulf region – presumably because that’s where all the action is.

It is not known if Erik Prince has any direct connection to Emerdata Limited or to Julian Wheatland or Alexander Nix or to Cambridge Analytica, but there’s a but.

That but – is an entirely different story. It reads like a spy novel within itself. It includes listed companies operating out of Hong Kong, London and Moscow. It involves billionaires, the head of a Kremlin-controlled wealth fund, a Crown Prince and Chinese State-run investment company.

Wendy Siegelman attempts to uncover this fascinating story, which in truth ends up asking more questions than it answers. It is literally a dark web of money and power. However, Siegelman might just answer a rather flimsy question, why it was called Emer-Data in the first place. When you follow the money, its gets darker, believe me.

Overall, this story demonstrates that the British government, including Boris Johnson as head of the Foreign Office, is using a company at the heart of a scandal involving the illegal use of data harvesting that influenced Britain’s EU referendum result. This same company, to the knowledge of government, has bragged about the use of sex workers, bribery and corruption, the involvement of ex-spies and the creation of fake news and propaganda to help usurp democracy around the world as its core strategy of success.

This involvement in SCL by the ruling Conservative party establishes its new operating system. It’s one of profound nationalism as witnessed through the Windrush scandal and others soon to emerge. It is characterized by dictatorial power and forcible suppression of opposition by the use of illegally obtained psychological strategies and censorship. This is, by definition, the actual description of a political power turning into an authoritarian bureaucracy.

Nix, the former CEO of Cambridge Analytica and SCL Elections, a British born citizen, walks away whistling with his hands in his cash-stuffed pockets from what one could easily interpret as not much less than an attempted act of treason against the state. In the meantime, right in the middle of all this political chicanery, one that uses huge financial resources of the taxpayer to entrench its power base, we find out that 2,800 people are charged with stealing food last year in London as hungry people are criminalised by the state. They did so, says the founder of the first Food Bank in London – “in order to survive.”