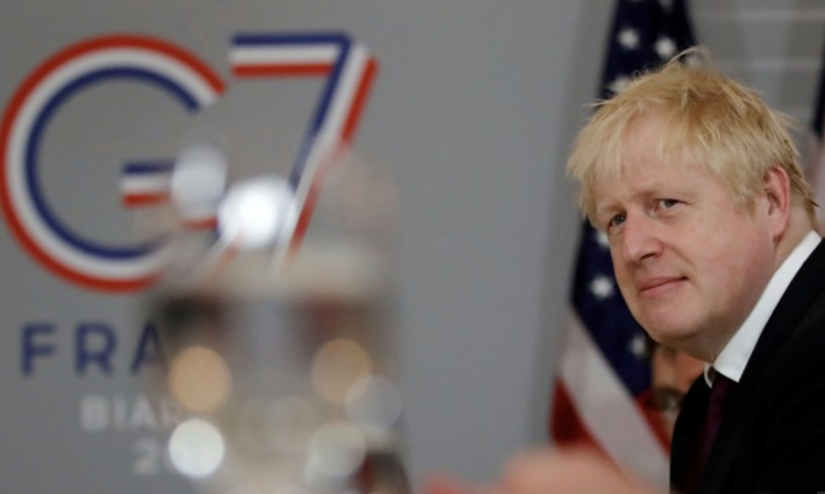 On the 2nd August TruePublica reported that – “Blatant state censorship of the media is something we all understand to happen in non-democratic countries around the world. But one of the very last places on earth you would expect the state to fully manage the media, and by manage I mean – gagging, refusing questions and actually banning the filming of A UK Prime Minister – on a micromanaged publicity stunt, smacks of something straight out of China’s communist regime.”

We reported that full media restrictions had been imposed by the state which meant that on Boris Johnson’s first visit to Wales, Scotland and Northern Ireland as Prime Minister, the events went completely unchallenged by any journalist wanting to ask questions and film the encounter.

Journalists were barred from broadcasting any form of video or audio. No one-on-one interviews were allowed at all.

Last week, Dorothy Byrne Channel 4’s head of news and current affairs, said in an interview that politicians including Johnson and Jeremy Corbyn were adopting the tactics of Donald Trump by declining to appear on major news programmes to subject themselves to scrutiny. In a speech at the Edinburgh television festival, she asked: “Here is what we all need to decide: what do we do when a known liar becomes our prime minister?” 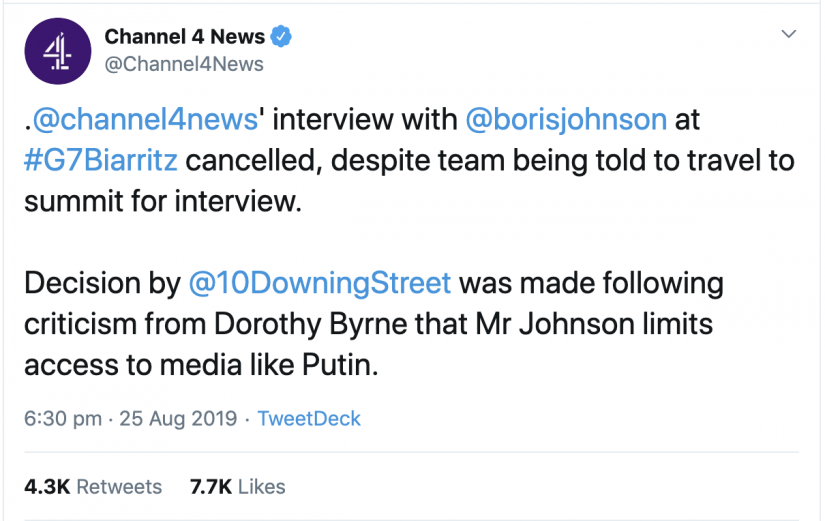 The result – Channel 4 News has said that Downing Street froze it out of a planned interview at the G7 summit because of criticism of Boris Johnson.

According to the editor of Channel 4 News, Ben de Pear, a team of journalists had flown to Biarritz after being invited but Downing Street advisers then said Dorothy Byrne’s criticism of the prime minister had resulted in access being denied.

Downing Street said that Channel 4 had “crossed the line of impartiality for a broadcaster”. Attempts were also made to brush off the idea the prime minister was evading scrutiny, with Downing Street pointing out that he had granted interviews to a range of other broadcasters.

Johnson himself was tackled about the issue by ITV’s political editor, who suggested that the prime minister had “shot himself in the foot” in the response to Byrne’s critique. Johnson sidestepped the specific issue around the Channel 4 interview, insisting he had been speaking to lots of other media.

Lies that can’t be buried

Unfortunately for Boris Johnson, his history of lying is plain for all to see. He was sacked by The Times for ‘fabricating’ news stories. Then Johnson was sacked as Tory vice-chair and Shadow Arts Minister after aides to leader Michael Howard decided he had lied about an affair.

The Prime Minister also lied about having a journalist beaten up, and when he used the completely false statement  – “Let’s give our NHS the £350million the EU takes every week” in the EU referendum, that itself was found to have broken electoral law. He also lied about Turkey joining the EU, broke conflict of interest rules (which is lying to the taxpayer as well) and has refused to say how many children he has after lying to partners after being caught having affairs.

The list goes on, the point is that Channel 4’s head of news and current affairs has quite rightly pointed out that this current state of misinformation, disinformation and outright lies being perpetuated by those in the highest office in the land is wrong.

Obviously, Dorothy Byrne was tackling a difficult subject, where in another interview with Kay Burley of Sky News, Byrne was criticised for using too strong a term in calling Johnson a ‘known liar’ – which he evidently is.