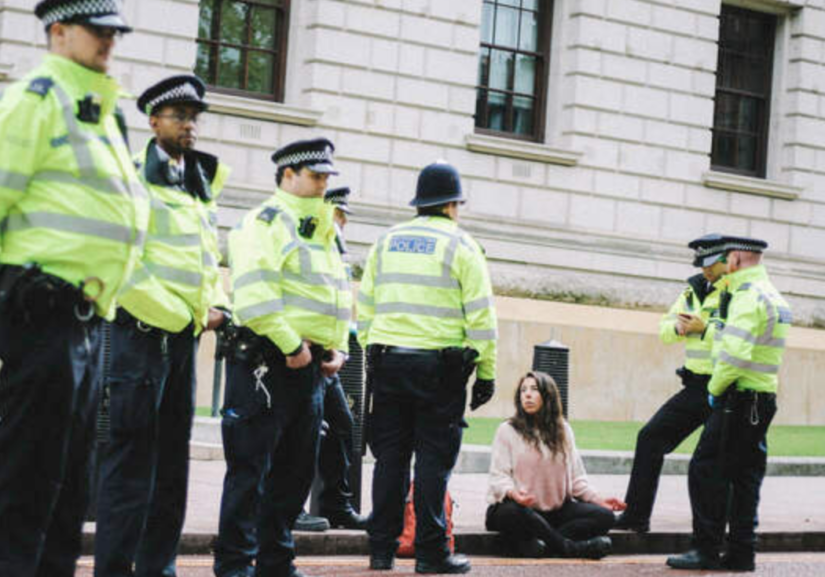 By TruePublica: In 2015, one of the first articles TruePublica wrote warned of the coming change to Britain’s political outlook. We warned of a new trajectory. Five years ago we wrote: “By 2020, Britain will be a classed as a ‘techno Stasi-state’ because the general public turned a blind eye and effectively waved through the legitimisation of authoritarian decrees.” That prediction is now a matter of fact.

When David Cameron won the 2015 election one of the first things he said was; “For too long, we have been a passively tolerant society, saying to our citizens: as long as you obey the law, we will leave you alone“. This ominous statement immediately threw a dark shroud over Britain’s civil liberties laws, its openness and public participation.

We warned that new government and policing powers were to be expected with the introduction of banning orders for organisations who use hate speech in public places, but whose activities fall short of proscription. And they sounded so measured and reasonably fair;

But just like legislation designed to sound like it was protecting us that was actually just a cover for the governments’ illegal mass surveillance architecture, these powers have now been extended to classing schoolchildren protesting about climate change as terrorists. Counter-terrorism police have been caught issuing official documents that Extinction Rebellion is an extremist ideology in a guide designed to help stop terrorist violence.

“It’s deeply shocking that the police ever seriously considered classifying peaceful climate crisis protesters as extremists. To see that schoolchildren were effectively going to be profiled under these proposed measures just deepens our shock.”

There are reports all over the media about these documents. None say that the government had a hand in this. However, the police, including counter-terrorism, do not act autonomously of government. Quite the opposite in fact. If they had been acting on their own, the documents issued to police, government and teachers over two months ago would have been challenged and recalled internally. But they weren’t. It is a fiction to think no-one thought these documents were wrong.

Amnesty International condemned the decision on Saturday as criticism grew and questions remained about how Extinction Rebellion (XR) came to be included in the guide alongside neo-Nazi and other terrorist organisations with death written into their ideologies.

Jules Carey, who acted for XR when it successfully struck down police protest bans in the courts last year said:

“It is extraordinary that Counter Terrorism Policing have added Extinction Rebellion to the list of terrorist groups and extremist organisations that the Prevent strategy was set up to deal with.

“The guidance issued by the CTP-SE is clearly unlawful. It constitutes an unlawful interference with human rights including free speech, right to assemble and enjoyment of a private life.

“The guidance is clearly designed to harm Extinction Rebellion and cast those who support the movement as domestic extremists. It is a glaring example of the sort of overzealous policing we have come to expect around protests. Being referred to Prevent could have long-lasting and life-changing consequences for a young school activist.”

Read: Britain Moves From Democracy to Authoritarian State in Pernicious Veil of Secrecy

It should be noted what this police document says and who it pinpoints. It said that issues to look out for include people who speak in “strong or emotive terms about environmental issues like climate change, ecology, species extinction, fracking, airport expansion or pollution”.

This document and its subsequent withdrawal is no mistake. It was created, approved, distributed and went unchallenged. It is a trajectory of authoritarian traits that was evidenced in September 2018 when we saw the state prosecute peaceful, non-violent fracking protestors and imprison them. It was the first time in British history that peaceful protestors have been sent to prison. A week later we saw 15 people in court facing terrorism charges for a peaceful protest that grounded a chartered deportation flight. The law they are accused of breaking has never been used against activists before and could have seen them sentenced to life in prison. Public protest was huge.

The police, government and judiciary were collectively involved. In defiance of long-standing democratic principles and an attempt to bypass the effective resistance of local people to protect their homes and countryside, the government was planning to force fracking through without consulting local residents. It only stopped at the time due to the scale of public protest and negative media reports.

Government ministers are now overseeing a growing trend for draconian injunctions and disproportionate charges against people standing up for what they believe in. These civil liberties are enshrined into law. Apparently, no longer. This example of police significantly overstretching their powers is a direct assault of our civil liberties and is deliberately designed to be so. It is a trajectory and these abuses will continue.