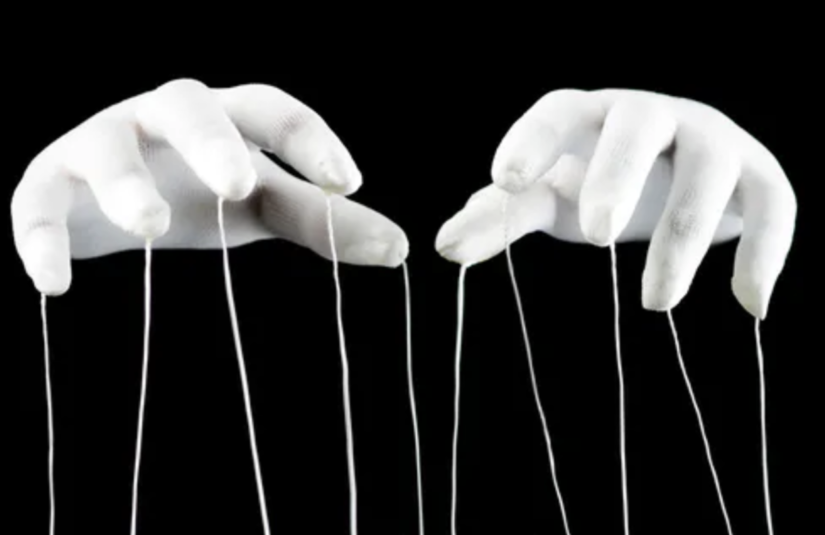 By TruePublica Editor: December’s election in Britain has beautifully demonstrated to those who are keeping an eye open that we don’t really live in a proper democracy. We don’t have a free, impartial or vibrant press or national broadcaster and instead of making progressive steps forward for the benefit of civil society as a whole – Britain is following the pack towards isolationism and nationalism. Our new Prime Minister has declared via the national media that the UK is on the verge of a “new chapter in its history” and that he would govern “for everyone”, not just those who backed him at the polls. This is nothing more than a fantasy – Britain, like so many in the democratic West, is now no longer progressive but going backwards.

The evidence has it. The economy is grinding to a halt, inward investment has collapsed, the currency has declined rapidly. With it hate crimes have soared, so has knife crime and financial crime. Civil society is breaking down as a government-driven ‘divide and rule’ architecture designed to give them Brexit now rules – that in the end will see Britain shrink further. Make no mistake, the fat cats will get fatter.

A mature worldview requires a degree scepticism toward power and it always has done. But today, more than just a little suspicion is required to understand what is going on around us. People’s trust in just about everything has vapourised because that’s exactly what the powers that be want. All over the world, the oligarchs, plutocrats and authoritarians in waiting have cracked the code and convinced those most in need to vote for them.

Upside down, inside out

Our world, even in moderate Britain is being turned inside out and torn apart. The rot started years ago when the government, the security services and a co-opted media including the BBC and all the broadsheets decided to convey the conspiracy theory that WMD existed in Iraq when none did. They did the same with Gadaffi’s Libya. And Syria. Although I’m no fan of Jeremy Corbyn, in truth, they conducted the same operation on him and got away with it handsomely.

We now have a government who surveils our every move, watch who you speak to, and find out who are your friends are. They know who you sleep with, what time you wake in the morning, what you do and what you spend your money on. It wasn’t a conspiracy theory to think ‘THEY’ were watching us was it? They spy on each and every one of us as if we are criminals under a police surveillance operation. Not forgetting it was a whistleblower who unearthed this truth – the government have been found by the highest courts from London to Brussels guilty of breaking every privacy law ever invented. The British state has become a Stasi-state of techno-spies. Apparently, if we are doing nothing wrong we have nothing to fear but they lurk behind us, in the shadows. Why do we let them do it?

In 2008, the banks blew up the financial system. The British government pulled out an ideology cloaked in an economic plan and had their hand in the deaths of over 120,000 of its own citizens – and we not only stood by – but by highjacking an antiquated political system with new technologies – they managed to convince millions to vote for them again and again and again.

Why is it that our government buried multiple extensive commissioned reports, which revealed the positive effects of immigration in Britain just before the referendum debate? Why were the CEO’s of British companies threatened by the government if they spoke out about the negative effects of Brexit on their businesses? Why were the governments own research on the economic effects of Brexit buried and not made public? Critics in the press and objectors in parliament were either blocked, censored or thrown out. Why is that? According to Peter Oborne, the mainstream media today are either muzzled, censored or fed set pieces to obediently spew out their propaganda over the nation. Why?

We have been led to believe that our government is a force for good in the world. But one only has to look at its disastrous foreign policy decisions it has made to see millions dead or dying as a result. But it depends on what you read. This wiki page about the sanctions imposed upon Iraq prior to the war that killed untold thousands attempts to whitewash the truth from history by blaming Saddam Hussain for the massive rise in child mortality. Many other reports from the media confirm the same – and yet prominent UN observers, scientists and medics on the ground calculated hundreds of thousands had died because of economic sanctions imposed by Britain, America and its so-called allies. A huge number of those were children.

In 2013, it was thought about 600,000 had lost their lives in the invasion of Iraq and its subsequent repercussions. And yet the British public thinks that fewer than 10,000 people died. The same number of about 10,000 is the number that the American public believes were killed – and yet 4,500 of their own soldiers came back in body bags and 32,000 came back injured. This is an amazing feat of government and media manipulation of entire populations by propaganda.

Britain is the sixth (or seventh depending on what you read) richest nation on earth we are told. But this is only true by looking at GDP, otherwise, it is not true. If by taking out billionaires and multi-millionaires and all those categorised in the top 10 per cent out of the national average, the next 90 per cent are not earning anything like the average incomes we are told. And it makes little difference what you earn if most of it goes towards putting a roof over your head and turning on the lights.

Official UK unemployment statistics published every month tell us that Britain has almost full employment – the highest ever. But these are the fantasy figures of state propaganda. Through a complete reclassification of what employment actually means, the state excludes you from unemployment figures if you work just one hour, if you have stopped looking for work or if you are an ‘involuntary’ part-timer – and a whole clutch of other opaque reasons.

The government states that average pay in the UK is £569 per week/£29,588 pa. But that includes billionaires and millionaires. For 90 per cent of the country, average pay is about a third less than that. And if we were so well off, why do half of all households now have to claim something off the state in benefits just to keep afloat?

And if it was so good, why is an estimated 14.5 million people now living in poverty in the UK. An astonishing 8.5 million are working-age adults.

Is it a conspiracy theory to think that capitalism in Britain has failed when looking at such appalling numbers when we are told by the media that all is just dandy?

We are told by the government that there is no magic money tree and austerity is a requirement to good national economic management – but £108 billion of taxpayers cash is being thrown at a railway called HS2 that most of the general public really think is little more than a vanity project of the government. The annual interest payments on HS2 will be in the order of £3billion a year (originally calculated at £1bn interest PA per £30billion construction cost) just so some business people can get to work a bit quicker.

Without a magic money tree to pay for the winter crisis or social care crisis – it makes you wonder where the money for the escalating £30plus billion nuclear reactor at Hinkley Point is coming from. Hinkley Point is already a technical failure and will be delayed for years to come and cost even more. It is, after all, the most expensive single building project in the world. HS2 is Britain’s biggest ever infrastructure project.

The government is plundering national taxpayer funds to pay for its own failures. Considerable sums sitting in the National Insurance Fund designed in the 1940s to give pensioners something to live on is being used to pay down the national debt. The national debt significantly rose when the banks blew up the economy. Austerity arrived and tens of thousands died waiting for help. So why was our money used to save money laundering suits in the City and not our most needy? We were told that by jailing these rotten bankers our financial systems would collapse. But Iceland locked them all up and their economy rebounded quite quickly.

Today, Britain enters a new decade with a government more secretive, more aggressive, more opaque and more immoral than anything before it for many decades. They will not tell the truth, feel that they are no longer accountable and will use all means necessary to manipulate the population into thinking its will. We are told by our government that this is the ‘people’s government’ – another fiction dreamt up by the central office for propaganda in No10.

Our government wants us all to think that the really bad guys are in Russia, China, Syria and Iran and that they are coming for us dressed in red or draped in black and hidden amongst boatloads of illegal immigrants armed with exotic chemicals to attack sleepy towns in the shires. They want us to believe that we need them to keep us safe so they create the very foes we fear the most. They then surveil us just to make sure.

Was it the latest bad guy Qasem Soleimani that nobody had ever heard of a few days ago that caused rising violent crime on our streets due to police officer cuts? Was it Russia who forced Universal Credit on a vulnerable population that saw thousands die waiting for help? Was it China who is forcing child poverty to reach the dizzy heights of nearly 4 in 10 in modern-day Britain? It is Novichock that poisons our atmosphere?

A healthy dose of scepticism and critical thinking is what you need to survive what faces us today and you should make it your mission to convince everyone else we are being led up the proverbial garden path. The conspiracy theory is that sunny uplands are on the way, that we will prosper more and unite as a nation and that this will be achieved by Boris Johnson, Dominic Cummings and people like Rees-Mogg and Farage – all of whom bask in the glory of a huge deception that was delivered by financial crimes.