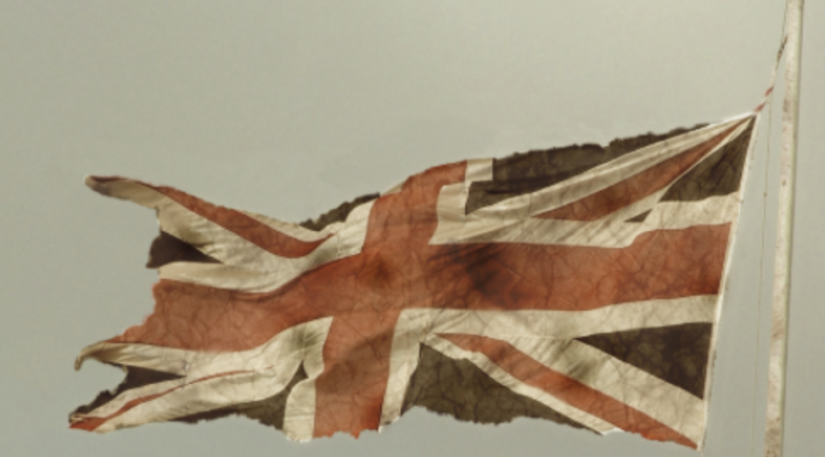 TruePublica Editor: Bob Diamond is an out and out crook. If there was anything in this world that even resembled justice he would be behind bars and never see the light of day. Diamond was heavily involved in the ‘Double Dip” tax scam that saw taxpayers in Britain lose one thousand million dollars (£800m) a year. It was a deliberate theft. When the scam was unearthed by the Wall Street Journal, nothing happened to Diamond or his accomplices. It resulted in only Diamond’s reputation being tarnished with Parliament and The Bank of England and the beginning of him personally of being branded “the unacceptable face of banking.” I’ll bet he was mortified.

Not that it stopped him. And it didn’t stop the authorities from kicking him out of the ‘financial services’ business or banking industry.

His most famous crime was yet to come though when he resigned as chief executive of Barclays after a Bank of England hearing on July 3, 2012, following controversy over manipulation of Libor interest rates by traders employed by the bank.

Libor was the worlds biggest financial crime and Bob Diamond was at the very heart of it.

It took years to unravel and as one financial reporter put it – “Three former Barclays traders were found guilty by a jury in a British court of conspiring to manipulate Libor, a London-based international financial benchmark linked to some $300 trillion worth of mortgages, loans, and derivatives.” Diamond wasn’t one of them. In fact, only five people have ever been convicted over the Libor scam. “It’s just amazing how Libor fixing can make you that much money,” said one trader in a transcript published by regulators in one investigation.

The scale of this crime was breathtaking. Everything from mortgages to student loans can be linked to Libor rates, and millions of people paid more for their loans – so it was big news that there was something truly crooked about this obscure but crucial pillar of the financial system. It also turned out that many of the deals put together by Barclays under the leadership and direction of Diamond were more about tax evasion.

Barclays was the first bank to settle with American and British regulators over Libor manipulation, paying a fine of more than $400 million in hopes that it would get a break for fessing up early and stabbing the backs of co-conspirators. The bank was pilloried in the press for a while and many executives, including the then-CEO Bob Diamond, were booted out. Having lined his pockets with millions – Diamond walked away from from Barclays scot-free.

Boris Johnson has some history with Diamond. He advised Johnson when he was mayor of London – and Barclays was the first sponsor of the so-called “Boris bikes”. And as Mayor, Johnson very often defended these crooked bankers during the height of the financial crisis, saying calls for more regulation were “neo-socialist claptrap.” But as with everything to do with Johnson, the public grew ever more angry with the banks and so he backed away because it wasn’t good for his image.

It should be noted that Diamond gave the Tories £50,000 this February, (according to the Electoral Commission) – a sum that buys membership of the “Leaders’ Group.” What Diamond wants for his money is unknown but nobody gives £50k and not want something back and nobody accepts £50k without knowing what it is that they owe.

It was only last February that according to new research by openDemocracy, almost half a million pounds of highly targeted donations from secretive Tory funding clubs bankrolled the Conservatives’ historic gains in Labour-held constituencies in the Midlands and northern England. This is called ‘dark-money’ because no-one knows where the money really comes from. What happened here was that dozens of victorious Conservative candidates in so-called ‘red wall’ seats received significant cash injections from secretive Tory funding clubs, much of it without any need to identify the donors.  And we are talking very significant sums of money here. One donation was £230,000, another £113,000 and another at £48,500.

Last week, we learned that the British government announced a £1.5 million loan to a company owned by an Egyptian billionaire less than a week after it made a £125,000 donation to the Conservative Party.

In the same week, it was reported that Cabinet minister Robert Jenrick is involved in a scandal over a dodgy decision to approve a major property scheme involving a billionaire Conservative Party donor. The property deal is worth £1bn. The developer makes a donation to the Tories and a week later, very quick approval is given one day before infrastructure charges are brought in. The council lost somewhere between £30million and £50million in revenue as a result.

Again last week, we find that a ‘dark money’ trust that gave £416,000 to the Scottish Conservatives at the last election has received another fine by the Electoral Commission for the ‘late declaration’ of a donation.

Offshore ‘shell companies’ are now used to funnel millions in dark money donations into British politics from all over the world without revealing the people who own them. Very often money is given to so-called think tanks who create highly influential reports, who have direct access to Tory MP’s – where large sums of money exchange hands – again all without any declaration.

Private Eye reports that – “The Tories also accepted £100,000 from luxury property developer Nick Candy, seemingly having forgotten past controversies about tax avoidance by his and his brother Christian’s businesses, and the lurid allegations against them in a court case brought by their former business associate, Mark Holyoake. The brothers won that 2017 case, but the judge remarked that “none of the protagonists emerged from the trial with great credit” and all participants were “shown to have been willing to lie when they consider their commercial interests justify them doing so”. Still, nice to know the Tory party can now welcome one of them as a major donor.”

And then, of course, there’s the Russia Report. This week, Boris Johnson and Theresa May are accused of ignoring claims the Kremlin had a “likely hold” over Donald Trump and may have covertly funded Brexit, the former British intelligence officer alleges in secret evidence given to MPs who drew up the Russia report. In testimony to MPs, the MI6 veteran accused the government led by May and in which Johnson was the foreign secretary for two years of turning a blind eye to corruption funding where the government was ‘selling British interests short’ in favour of cash. The MI5 officer – a Russia expert concluded: “A prospective trade deal should never be allowed to eclipse considerations of national security.” You get the idea of what he’s saying here.

Without Brexit – Boris Johnson would not be PM. Without dark money from illegal or shady sources, Brexit would quite probably not have got over the line in the first place.

Currently, the Tory party is immersed in accusations of being funded by dirty money – that has been obtained or donated unlawfully. Nothing has been done about it. The Electoral Commission has given up, and the National Crime Agency has rolled over. Where does that leave British politics and does democracy actually mean anything when it is corruption driving economic and social policy and not the voter?