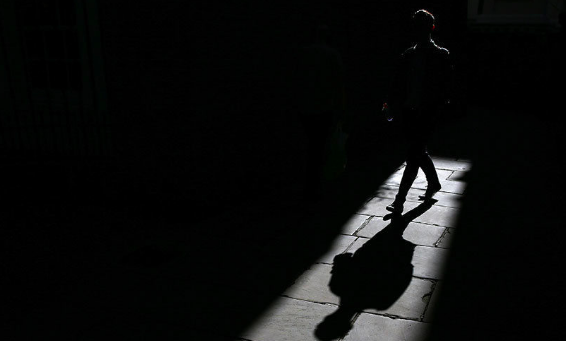 Max Weber defined a key attribute of a state as holding the monopoly on the legitimate exercise of violence within a given territory. For anybody other than the state to use substantive physical force against you or to imprison you is regarded as an extremely serious crime. The state itself may, however, constrain you, beat you, imprison you and even kill you. That link is on deaths in police custody. I might also quote the state murder of 12-year-old British child Jojo Jones, deliberately executed by drone strike by the USA with prior approval from the British government.

That is but one example of the British state’s decreasing reticence over the use of extreme violence. The shameless promotion of Cressida Dick to head the Metropolitan Police as reward for orchestrating the cold-blooded murder of an innocent and unresisting Jean Charles de Menezes is another example. So is Savid Javid’s positive encouragement of the US to employ the death penalty against British men stripped of citizenship.

There are a class of states where the central government does not have sufficient control over its territories to preserve its monopoly of violence. That may include violence in opposition to the state. But one further aspect of that is state sanctioned violence in pursuit of state aims by non state actors, done with a nod and a wink from the government – death squads and private militias, often CIA supplied, in South America have often acted this way, and so occasionally does the British state, for example in the murder of Pat Finucane. In some instances, a state might properly be described as a gangster state, where violent groups acting for personal gain act in concert with state authorities, with motives of personal financial profit involved on both sides.

It appears to me in this sense it is fair to call Britain a gangster state. It has contracted out the exercise of state violence, including in some instances to the point of death, against prisoners and immigration detainees to companies including G4S, who exercise that violence purely for the making of profit from it. It is a great moral abomination that violence should be exercised against humans for profit – and it should be clear that in even in most “humane” conditions the deprivation of physical liberty of any person is an extreme and chronic exercise of violence against them. I do not deny the necessity of such action on occasion to protect others, but that the state shares out its monopoly of violence, so that business interests with which the political class are closely associated can turn a profit, is a matter of extreme moral repugnance.

Rory Stewart appeared on Sky News this morning and the very first point he saw fit to make was a piece of impassioned shilling on behalf of G4S. That this was the first reaction of the Prisons Minister to a question on the collapse of order at Birmingham Prison due to G4S’ abject performance, shows both the Tories’ ideological commitment to privatisation in all circumstances, especially where it has demonstrably failed, and shows also the extent to which they are in the pockets of financial interests – and not in the least concerned about the public interest.

I should add to this that Tories here includes Blairites. Blair and Brown were gung-ho for prison privatisation, and even keen to extend the contracting out of state violence for profit to the military sector by the deployment of mercenary soldiers, which New Labour itself consciously rebranded as “private military companies”. Iraq was a major exercise in this with British government contracted mercenaries often outnumbering actual British troops.

The reason for the state to have the monopoly of violence in any society is supposed to be in order to ensure that violence is only ever exercised with caution, with regret and in proportion, solely in unavoidable circumstances. It is the most profound duty of a state to ensure that this is so. The contracting out of state violence for private profit ought to be unthinkable to any decent person.