Defending Press Freedom In The UK 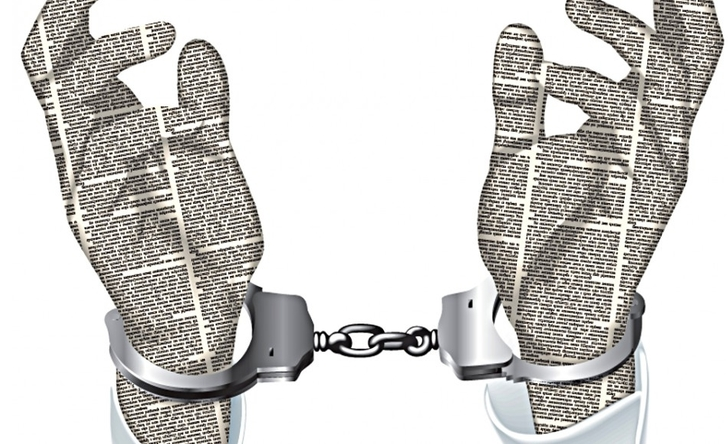 This week, our media partner the Bureau of Investigative Journalism went to the European Court of Human Rights to argue against mass surveillance of British citizens.

Five years ago whistleblower Edward Snowden revealed that US and UK intelligence agencies were secretly collecting, analysing and storing details of the public’s electronic communications. This “cyber spying” was happening on such a scale, he revealed, that it threatened our privacy and many important cornerstones of democracy .

At the Bureau we were particularly concerned about what the revelations meant for our journalists, many of whom covered counter terrorism operations and communicated with sources who were alleged terrorists or linked to terrorism networks.

In a democratic society it is vital that the press can question all manner of government actions even those taken in the name of national security. To do this it is crucial that a journalist can protect their sources’ identities and keep the communications with these sources confidential. Not only were the government’s operations seemingly breaching these basic tenets of journalism but they were doing so with no obvious scrutiny or checks.

It was in this context that in 2014 the Bureau brought a case to the European Court of Human Rights with the aim of forcing the government to provide adequate protections and safeguards for journalists’ privileged communications. Without these protections, we argued, the government’s actions were a direct threat to a free press and indirectly would have a chilling effect on whistleblowers seeking to expose wrongdoing.

Three years later and our arguments were made in a rare aural hearing at the ECHR yesterday. Our case was combined with two other cases brought by a group of human rights organisations including Amnesty International, Privacy International and Liberty.

Together we made a legal challenge to the government’s mass surveillance programmes. Described as a “landmark” case, we questioned the legality of the unrestricted mass collection and retention of the public’s communications, arguing that adequate safeguards, scrutiny and protections were urgently needed.

James Eadie QC, representing the government, made it very clear that the surveillance regime and the ability to search this “haystack” of information for patterns and potential leads was an invaluable part of our intelligence agencies’ tools for keeping the public safe.

He also argued that there were adequate and well recognised safeguards against the abuse of such powers pointing to the government Commissioner, the existence of the Investigatory Powers Tribunal and a revised code of practice for intercepted communications.

Of course it is right that the government and its agents at GCHQ, MI5 and MI6 – and their equivalents in the US – use advanced technological tools and data analysis in the interests of national security.

But in summarising the government’s response, Dinah Rose QC, representing the Bureau and ten other non-governmental organisations (NGOs), said that it was clear there was no independent mechanism of accountability and that the government’s case amounted to: “trust us and we will keep you safe.”

She added that what the government refers to as safeguards were simply judgements made by officials about their surveillance practices.

The checks the government has put in place were also extremely limited.

The government itself, she said, had admitted that the resource available to the Commissioner, to keep the security services accountable, amounted to just 15 person days a year – to scrutinise the workings of more than 6,000 personnel at GCHQ, 4,000 at MI5 and 2,500 at MI6.

The presentation of the arguments was followed by detailed questions made by a number of the judges hearing the case. Most of these questions were directed at Mr Eadie QC, a point he commented on in his opening reflection, that the judges were clearly interested in the case.

In one question the President of the panel of judges asked the government to explain why journalists’ communications had been omitted from a section in the 2016 code of practice, which provides that agents and officers who intercept confidential information must carefully record their justifications for doing so including a test of proportionality.

In a mea culpa Mr Eadie admitted that the omission was an “oddity” and one that he had not noticed. He assured the court, however, that the required action would also be applied to journalistic communications.

Again it was a stance that could easily be encapsulated in Ms Rose’s summary of the government’s case: that we have to trust them to do the right thing.

The case will now be considered by the court and a judgement on the points raised by each of the three parties made.

If the court rules against the government it could have wide reaching implications not only for the UK but also at an international level, as much intelligence is shared with foreign agencies.

Amnesty International’s Nick Williams says: “This case concerns the UK, but its significance is global. It’s a watershed moment for people’s privacy and freedom of expression across the world. By bringing together human rights defenders and journalists from four different continents, it also serves to highlight the dangers mass surveillance pose to the vital work of countless organisations and to individuals who expose human rights abuses and defend those at risk.”

If the government lost on a number of points it would have to review the regulation around its surveillance programmes, including the revised RIPA code.

For all journalists, not only those concerned with matters of national security, the rulings of the ECHR could have profound implications.

Rosa Curling, of Leigh Day, said: “In an era of fake news and attacks on our information sources, the need for a free and unhindered press has never been greater in our society. Journalistic privacy is a fundamental precondition to any democratic society. Journalists must be able to offer their sources anonymity if they are to speak truth to power.”