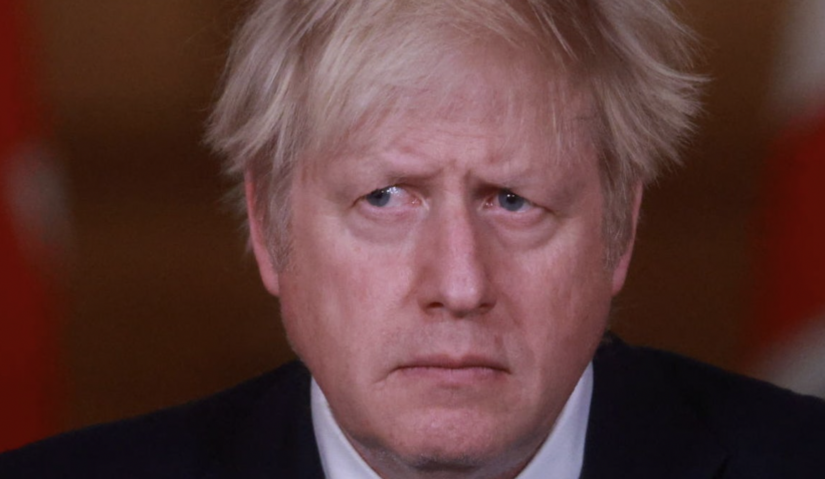 TruePublica Editor: Make no mistake, the principles of democracy are being dismantled in Britain. I have written many articles making that very point.

Back in 2019, just before the last general election, I wrote -“the next Prime Minister of Britain will have at their command the most formidable and intimidating state architecture of mass civilian surveillance and control ever. It will have the capabilities of a police state like no other in the history of the democratic world. Its architecture was designed in the time of Blair and massively increased with Cameron and Theresa May. Right now we have a lawbreaker in high office whose most senior advisor (Dominic Cummings) used a weak system of oversight and mercilessly exploited it for political gain.”

That article was not just highlighting the emergence of laws being changed that allowed the state and its agencies to spy on every detail of our lives but it also provided the police with legal tools to breach what we consider to be the foundations of a free society, the cratering the footings of our human rights and democracy itself.

It was only last August when Environmental campaign group Extinction Rebellion (XR) found out that the Home Office could well reclassify them as an organised crime group. The crimes in this group are defined by the Home Office as (see – Fact sheet: Offence of participating in activities of organised crime group) – “drug trafficking, human trafficking, organised illegal immigration, firearms offences, fraud, child sexual exploitation and cybercrime.” The Home Office would then presumably use the resources of not just the police but the National Crime Agency to deal with … non-violent protest.

There was only one motivation here and that was to completely bypass any form of parliamentary scrutiny.

The warnings from privacy and rights groups came thick and fast. But the general public sat back and refused to take heed.

Then came the police, crime, sentencing and courts bill. And just like something that you would imagine Russia’s Putin would do, Priti Patel, the Home Secretary, managed to secretly add an 18 extra pages into that bill – but only after it had actually passed through the Commons, and after the second reading in the House of Lords. There was only one motivation here and that was to completely bypass any form of parliamentary scrutiny. Of course.

Lord Falconer wrote – Government introduced 18 pages of new law, after Commons stages and second reading in Lords were complete. Whole Lords committee stage debate on new clauses crammed into one late night. Commons excluded, Lords marginalised.” Lord Falconer went on to comment in a tweet that “Parliament had been neutralised“.

The new amendments, forced through the backdoor whilst no-one was looking, will give powers to the police that only loosely defines what laws are being broken – that non-violent protestors, merely holding hands, could be jailed for up to 51 weeks. These new powers also go as far as resisting a stop and search. In addition, the police would be given the legal right to stop and search vehicles if they suspect anything at all that could be used in newly prohibited protests. This could include items such as flyers and the usual weapon on non-violent protest, wait for it … a banner.

The Terrorism Act 2000 was ushered in and gave extraordinary powers to the state and its agencies to catch terrorists. But it didn’t take very long before the BBC were using the same laws to hunt down licence fee dodgers.

And there’s another new proposal within this bill – that anyone can be banned from attending a protest or contributing to one – like painting the words ‘down with the government’ on a folded single sheet and attaching it to two sticks of wood. The protest itself can even be defined as a crime if its … ‘a bit noisy’ – albeit that the definition of noisy is not made at all.

The irritating so-and-so’s at ‘Insulate Britain’ are currently in the limelight on this one, so there’s not much sympathy for them and therefore little desire to stop the government from dealing with them.

But there’s a very big but here. The Terrorism Act 2000 was ushered in and gave extraordinary powers to the state and its agencies to catch terrorists. But it didn’t take very long before the BBC were using the same laws to hunt down licence fee dodgers. In fact, as TruePublica reported in 2016 – local authorities were using these same laws to crack down on illegal sun-bed use and even feeding pigeons.

We should not forget that protest has been used is an essential tool, and mostly as a last resort to correct the ways of government. Laws surrounding employment, discrimination, racism and so on were fought for by protesting, not given by a benevolent government. When we look back, we often find others sacrificing much for the things we not only take for granted – but are very casually allowing to slip away right before our eyes.

In addition, just like the previously mentioned Terrorism Act, this government under Boris Johnson is amassing an array of legal tools to stop us from calling them out at all. Journalist and environmental campaigner George Monbiot makes the point that – “The government knows the new powers are illegitimate, otherwise it would not have tried to avoid parliamentary scrutiny. These brutal amendments sit alongside Johnson’s other attacks on democracy, such as the proposed requirement for voter ID, which could deter 2 million potential electors, most of whom are poor and marginalised; the planned curtailment of the Electoral Commission; the assault on citizens’ rights to mount legal challenges to government policy; and the proposed “civil orders” that could see journalists treated as spies and banned from meeting certain people and visiting certain places.”

It was just four months ago that an “unprecedented” coalition of more than 220 organisations attacked proposed changes to the Human Rights Act and judicial review as a threat to freedom and justice.

There is more though. The very basics of free speech and democracy are being attacked by this government. “The notion that a political appointee will have the unilateral power to alter the legal boundaries of free speech based on the political whims of the moment frankly makes the blood run cold,” said Heather Burns, policy manager at the Open Rights Group, when referring to the ‘Online Safety Bill’.

Ben Greenstone, a former principal advisor to the minister with responsibility for online harms, now managing director of Taso Advisory, a tech lobbying firm — said: “The Online Safety Bill gives the secretary of state for digital a remarkable, and I think unprecedented, power to direct an independent regulator: the rules can change based on the whims of one politician.”

And how far does this bill go? Mark Johnson, a legal and policy officer at Big Brother Watch said – “this legislation will hand over huge amounts of power to the state.” Criminalising the criticism of government is now in their sights.

It was just four months ago that an “unprecedented” coalition of more than 220 organisations attacked proposed changes to the Human Rights Act and judicial review as a threat to freedom, justice and democracy.

As I said at the beginning of this piece, make no mistake, it is no understatement to say that the principles of democracy are being dismantled in Britain.

Boris Johnson’s hero Winston Churchill led a nation to fight for the very freedoms that Johnson is now taking away from us all in pursuit of his lust for power – the type of power that all dictator’s crave. And we are all sitting back and watching it happen without as much as a whimper.

We have all forgotten that it was the English Bill of Rights 1689 that made the first steps towards political protest rights – but a lot of blood had been spilled to get there.

The very people who went before us will be turning in their graves after their sacrifice at the thought of what is being perpetrated right now – because one day – we might have to make more sacrifices just to wrestle back the basic principle’s of democracy from our government what was ours in the first place.