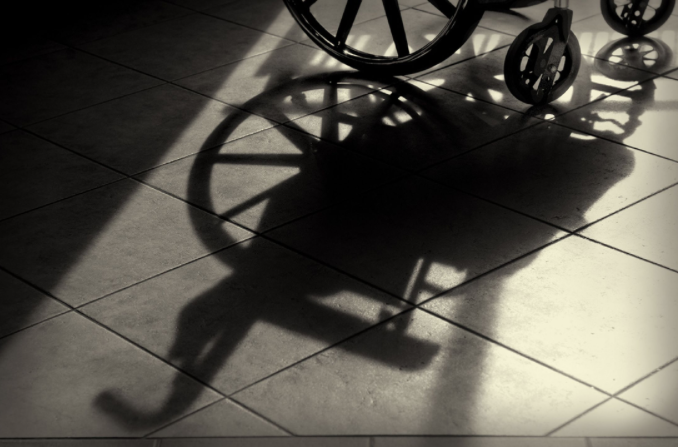 By Mo Stewart: It has been obvious for a long time that the majority of the national press have colluded with the UK government to successfully manipulate the British public regarding the ongoing ‘welfare reforms’, which really means welfare destruction.

Identified as the second worst insurance company in America, UnumProvident Insurance were official UK government advisers for ‘welfare claims management’ from 1994, with Mansel Aylward (pictured below) as the Department for Work and Pensions (DWP) Chief Medical Adviser.

Together with Aylward, the UnumProvident adviser John LoCascio co-authored an academic paper in 1995, which advised that GP medical opinion should be disregarded for disability benefit claims. This disturbing opinion was welcomed and adopted by the DWP, and opened the door for the American insurance corporate giant to influence future UK welfare reforms.

Aylward left the DWP in 2005 to take up the post as Director of the then named UnumProvident Centre for Psychosocial and Disability Research at Cardiff University (the Centre), with funding of £1.6m by the American corporate insurance giant.

Together with colleague Gordon Waddell, Aylward was commissioned by the DWP ‘to develop specific lines of research into the psychosocial factors related to disability, vocational rehabilitation, and the ill-health behaviours which impact on work and employment’.  The DWP commissioned Scientific and Conceptual Basis of Incapacity Benefits was rapidly published in 2005, and recommended disregarding the medical model of assessment, which means disregarding diagnosis and prognosis.

Identified in 2006 as being ‘commissioned research and, as such, pre-disposed towards ideologically determined outcomes’, the Waddell and Aylward 2005 monograph recommended the use of sanctions, but the research was identified as being ‘largely self-referential – that is, it appeals for validation to itself and is all framed within the same political and policy agenda.’

Sir Mansel Aylward is Director of the Centre for Psychosocial Research, Occupational and Physician Health at Cardiff University. He was knighted in the 2010 New Year Honours.

The DWP commissioned research identified the removal of the medical model of assessment of out-of-work disability benefit claimants, to be replaced by the biopsychosocial (BPS) model. Coincidentally, the Waddell and Aylward BPS model of assessment is the model used by Unum Insurance to limit funding insurance claims and was totally discredited by distinguished academics who identified the BPS model  as having ‘no coherent theory or evidence behind this model’.

From 2008 this discredited DWP commissioned policy based research opened the door to the unaccountable corporate giant Atos Healthcare to ‘assess’ chronically sick and disabled people, at a then cost to the public purse of £500m.

According to the General Medical Council, doctors working for the government have total immunity from all medical regulation, and any corporate giant contracted by the DWP to conduct the totally discredited Work Capability Assessment (WCA) are not regulated by the Care Quality Commission, so the general public are not protected from malpractice.

The WCA was introduced in 2008 to assess sick and disabled people in receipt of out-of-work disability benefit, as the new Employment Support Allowance (ESA) was introduced to replace the former Incapacity Benefit. All new ESA claimants were subjected to the discredited WCA, which used the fatally flawed BPS model of assessment to limit funding the benefit to as many people as possible.

Meanwhile, UnumProvident Insurance were attracting bad press in the USA and changed their corporate name to UNUM Insurance in 2007, at the same time as funding the research by Waddell and Aylward at the Centre at Cardiff University.

During dark times, when many people are struggling for financial survival, it isn’t difficult for right-wing politicians, press and media to create a ‘scape goat’, as disability hate crimes rose by 213% under the Coalition government. Encouraged by reported dangerous political rhetoric that knowingly demonised disabled people to justify the brutal welfare reforms, as planned years before, the UK national press were complicit in the increased disability hate crimes.

This abusive rhetoric against the welfare dependant chronically sick and disabled population, as produced by the UK government in the security of the House of Commons, wasn’t only used to manipulate the electorate. Indeed, according to the recent disturbing commentary on the Andrew Marr show by the Chairman of the Conservative Party, Sir Patrick McLoughlin MP, who claimed he didn’t want to ‘give money to people sitting at home popping pills’, the impending additional reduction in DWP welfare funding is totally justified.

Due to public reaction, these offensive comments by McLoughlin were rapidly edited out of the recording of the Andrew Marr show, but clearly this dangerous incompetence regarding the significance of mental health problems remains at the top of the Conservative government. As a great man once said: ‘Nothing in the world is more dangerous than sincere ignorance and conscientious stupidity’…

Of course, during political debate and interviews, it’s only policies which are discussed and not the DWP commissioned research used to justify the introduction of the welfare reform policies, which were always guaranteed to cause death, despair and preventable harm.

Thousands of people have died following a WCA, as the DWP remove out-of-work welfare funding from as many people as possible. The DWP have refused to publish any updated mortality totals since February 2014, and they disregard reports by the President of the Appeal Tribunals, who expressed serious concerns regarding the removal of Legal Aid funding for claimants to challenge DWP ESA funding decisions.

Following several years of independent research that the Cabinet Office attempted and failed to suppress, the book ‘Cash Not Care: the planned demolition of the UK welfare state’ was published by New Generation publishing in September 2016, and was launched in London in October 2016.

The book contains all the evidence the government do not want the public to know, and all the details the national press and media refuse to report.

‘Cash Not Care’ is available via Amazon, and via Waterstones and Blackwell’s book shops. The eBook edition is also available via WHSmith.