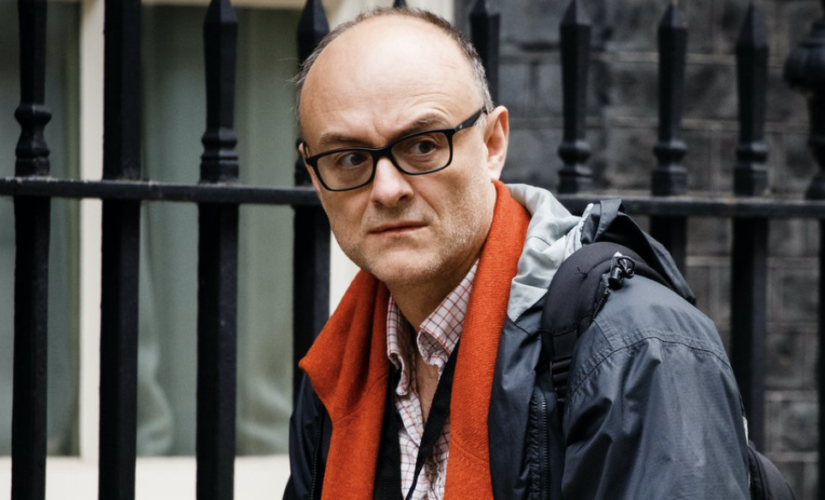 By Peter Geoghegan and Adam Bychawski: Dominic Cummings pushed for a government contract to be awarded without tender to a company run by his “friends”, according to newly published court documents.

PR firm Public First was paid £564,393 to research public opinion about the government’s response to the pandemic, as revealed in July last year by openDemocracy and the Guardian.

At the time, the Cabinet Office said it was “nonsense” that Public First’s long-running connections to Cummings, then Boris Johnson’s special adviser, and cabinet office minister Michael Gove influenced the decision to award the firm the contract.

Cummings’s comments have prompted shadow cabinet office minister Rachel Reeves to write to Gove asking why claims of favouritism were brushed off.

“It is appalling that the government not only dismissed these very credible claims of connections influencing this contract as ‘nonsense’ – but also that it took a judicial review to bring to light what should be publicly available information on how taxpayer money is being spent,” she said.

Public First is run by James Frayne – whose work with Cummings stretches back 20 years – and Rachel Wolf, a former adviser to Gove who co-wrote the Conservative Party’s 2019 election manifesto.

The company is one of many to have been awarded a government contract without a competitive tendering process, which would have enabled other firms to bid for the work, during the pandemic. Emergency regulations have allowed the government to directly commission services.

The contract is being challenged in court by the campaign group Good Law Project, which alleges that the lack of a tendering process was “unlawful” and that “apparent bias” led to Public First being given the work.

In a witness statement submitted to the high court on Monday as part of the judicial review, Cummings said he was the “driving decision-maker” behind the government’s decision to hire Public First.

Cummings described Frayne and Wolf as his “friends”, but added: “Obviously I did not request Public First be brought in because they were my friends. I would never do such a thing.”

He said his personal connections with Public First’s owners were “a bonus, not a problem” because “in such a high pressure environment trust is very important, as well as technical competence”.

“I am a special adviser and as such I am not allowed to direct civil servants,” he added. “However, as a result of my suggestion I expected people to hire Public First. The nature of my role is that sometimes people take what I say as an instruction and that is a reasonable inference as people assume I am often speaking for the prime minister.”

Cummings, who worked with Frayne on a precursor to the Vote Leave campaign, said the pair have not met since 2016.

The court documents also revealed that a senior staffer at the Cabinet Office described Public First as “mates” of Cummings and of Boris Johnson’s then head of communications, Lee Cain, “hence getting all our work with no contract”.

Catherine Hunt, the head of insight and evaluation at the Cabinet Office and the Prime Minister’s Office said the email to colleagues was intended as a joke and that it “was not true” that the firm was awarded the contract because of relationships with Cain and Cummings.

Hunt also referred to Public First as the “Tory party research agency test[ing] Tory party narrative on public money” in a separate email from January 2020. She goes on to write, “but actually, it will be very interesting and very good”.

The government defended the decision to award Public First the contract, arguing that Gove and Cummings’s relationships with the Public First partners meant they knew the quality of their work.

“On the contrary, past professional connection simply enabled a better judgment to be reached about whether Public First were indeed the best/only suitable body to perform the services as needed,” its defence states.

Frayne said that Public First was “the obvious choice” for the work because it was “one of a tiny number of agencies that could meet this demand” to run focus groups at short notice.

There is no evidence to suggest Gove was involved in the process to award the contract.

Public First was awarded a fresh contract without tender in August by the exams regulator Ofqual to provide “urgent communications support” in the midst of the summer’s exams results crisis.

In total, the firm won more than £1m of public contracts without tender under emergency COVID-19 provisions. The Ofqual deal involved £46,000 for less than a month’s work.

“This government’s contracting has been plagued by cronyism and waste,” said Rachel Reeves. “They must take urgent steps to address this now – by urgently winding down emergency procurement, releasing details of the VIP fast lane, and publishing all outstanding contracts by the end of the month. This cronyism must stop.”