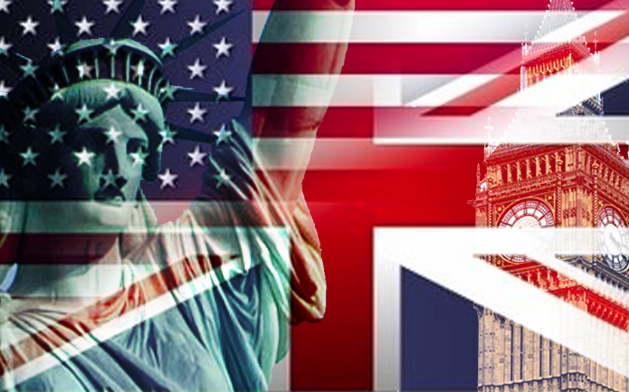 By Robert Woodward – TruePublica: Britain’s electoral law is “not fit for purpose” with regulations governing elections “hopelessly out of date for the internet age”, according to a damning new Commons report on “fake news”.

Tory politician Damian Collins, chair of the Committee responsible for the new report, said its investigations over the last 18 months  points to democracy being “at risk” from the “malicious and relentless targeting of citizens with disinformation and personalised ‘dark adverts’ from unidentifiable sources, delivered through the major social media platforms we use every day.”

Much of the 108-page report covers the territory of “dark money” and the unidentifiable sources of influential political campaigning.

As usual, Collins rolls out the usual global bogeyman – Russian meddle-o-maniac Putin. Collins has been agitating this for months now. He believes there should be criminal inquiry like the awful non-stop Mueller investigation. And by awful, I mean, when will any evidence actually emerge?

Collins then repeated his committee’s previous demand to the government to reveal “how many investigations are currently being carried out into Russian interference in UK politics.” That was it, no evidence, just a question.

Meanwhile, let’s not forget that key sections of the report focused on Facebook and its founder, Mark Zuckerberg. openDemocracy reports that – “In no unclear terms, the MPs accuse two senior Facebook executives of “deliberately” misleading their committee. Zuckerberg’s own claim that Facebook has never sold user data is dismissed in the report as “simply untrue.”

The report goes on with some harder-hitting comment: “Companies like Facebook should not be allowed to behave like ‘digital gangsters’ in the online world, considering themselves to be ahead of and beyond the law.“

Facebook was then accused of “deliberately” seeking to frustrate the work of the DCMS committee by giving “incomplete, disingenuous and at times misleading answers.” In other words – lying.

Commenting on the report, Collins said: “The big tech companies are failing in the duty of care they owe to their users to act against harmful content and to respect their data privacy rights.”

So, no new information about Mad Vlad – but loads of dirt on Zuch. Just for Damian Collins information – Zuch is an American.

Then, there’s Aggregate IQ all wrapped up with Cambridge Analytica. AIQ have worked on both the recent US Presidential primaries and for Brexit-related organisations, including the designated VoteLeave group during the 2016 referendum. Facebook was again accused of interfering in the EU referendum.

The people behind the interference of Britain’s EU referendum were largely American billionaires. This much is now a fact but it is also a fact that the mainstream media and politicians have kept quiet on.

It is a known fact that millions of dollars have been raised from anonymous US donors to support British right-wing think tanks that are among the most prominent in the Brexit debate.

The Guardian even published an article from its own investigative team on it – and from a public discourse point of view – the story went nowhere.

“American donors are giving money to US fundraising bodies that pass the donations to four thinktanks in Britain. A Guardian analysis has established that $5.6m (£4.3m) has been donated to these US entities since 2008.

The Institute of Economic Affairs (IEA), the Adam Smith Institute, Policy Exchange and the Legatum Institute have all received financial support from US backers via this route.

The disclosure leaves the thinktanks facing questions as to whether wealthy Americans have undue influence in British politics, particularly over the form Brexit takes.”

In the EU referendum, the actual amount that each political party could spend was dependant on their share of the vote in the last general election. There were spending limits imposed from Friday April 15 until the day of the referendum, which broke down like this:

But what continues to be a truth shoved under the carpet is that there was, and continues to be, considerable foreign state interference into Britain’s affairs. The main perpetrator by a very long way is America and the evidence is there should you care to look.

The Guardian report went on to say that the “UK think tanks are some of strongest proponents of radical free trade deals with reduced regulation – positions likely to benefit big American businesses, which have opposed Europe’s tighter regulations since the 2008 financial crash.”

For some more evidence, here is just one example. The IEA, Adam Smith Institute and Legatum Institute are part of the Atlas Network, which says it connects “a global network of more than 475 free-market organisations to the ideas and resources needed to advance the cause of liberty”. The Atlas Network is an American think tank.  It is – “a global conglomerate of actors that seek to defeat socialism at every level.”

Don’t under-estimate the power and influence of the Atlas Network. It has been very influential in the destabilisation of Brazil, Argentina, Honduras, Chile, and Venezuela where regime changes and ideological revolutions have been the most pronounced.

Part of the reason for its influence is this. It is funded by the usual characters such as Koch Foundation, ExxonMobil, and MasterCard, but one donor is none other than, according to SourceWatch, the American government.

The Atlas Network – is a group antiregulation organisations closely affiliated with the U.K.-based Institute of Economic Affairs, the University of Buckingham, which has ties to the Global Warming Policy Foundation (the UK’s most prominent climate denial group) and the International Policy Network – another climate denial, free-market think-tank for right-wing interests that churns out ‘corporate propaganda’ for money.  Atlas Network is an “associate” member of the State Policy Network, a complex web of right-wing “think tanks” with strong political influence across every state in America.

The IEA has been more than prominent in the Brexit debate. A US entity, the American Friends of the IEA, has raised at least $1.69m for it. The IEA is a very heavy supporter of hardline pro-Brexit MPs in the European Research Group headed up by its Chair – Jacob Rees-Mogg. Commonly known in political circles as Re-Smog because he leads Britain’s loudest climate denial call. You can see the list of hard right-wing climate denial, free market deregulators HERE.

On foreign influence in political campaigns in the UK, Collins rambles on again about Vlad. He says that while the government accepted evidence of Russian activity in the Skripal poisoning case, it has been “reluctant to accept evidence of interference in the 2016 UK referendum.”

The report actually says without mentioning Russia: “The UK is clearly vulnerable to covert digital influence campaigns and the government should be conducting analysis to understand the extent of the targeting of voters, by foreign players during past elections.”

The truth is this. American donors – mainly rich individuals to corporations and transnationals have donated hundreds of millions of dollars to think tanks and front charities in what should be termed in Britain as a campaign of economic regime change by a foreign power. That foreign power – is America.

How much more evidence do we need. Well, here’s another fact most people don’t know. US funders have given $1.95m to the American Friends of Policy Exchange. This centre-right think tank was co-founded by none other than Michael Gove, who advocated a clean break from the EU and the European Economic Area. Its purpose is to “encourage the discussion of public policy ideas between experts in the United Kingdom and the United States.” It wants a hard, no-deal Brexit.

Then there’s the opaque hard-right Adam Smith Institute. It does not publish who its donors are, how much is donated or for what. However, we do know it has raised $millions from American donors. Last September, it partnered with another UK thinktank, the Initiative for Free Trade. Its president is Conservative MEP Daniel Hannan, and the members of its advisory and executive boards comprise an interestingly international selection of discredited right-wing politicians and ideologues, as well as some distinctly dodgy ‘business leaders’.

Several former heads of state serve on the IFT’s advisory board. One is Jorge Quiroga, who was Vice-President and later President of Bolivia during the notorious ‘water wars’ that followed the privatisation of the country’s water supply, which sparked a national uprising.

As Prime Minister of Spain between 1996 and 2004, IFT board member Jose-Maria Aznar ‘gave free rein to conservative, neoliberal, pro-United States policies’ until being forced from office in the wake of the 2004 Madrid train bombings, which Aznar had falsely claimed to be the work of Basque separatists. We could go on here, the list gets more interesting.

In the meantime, the IFT joined other US libertarian think tanks to launch a blueprint for a free trade deal between the UK and US. The blueprint called for opening up the NHS to competition from US healthcare companies and a bonfire of EU regulations that provide higher standards of environmental and consumer protections than in the US. That blueprint is forming the template for a US/UK trade deal – and we should all be worried about that.

All this information, freely available and on record, shows only that American corporate interests are trumping democracy in Britain. The legality of their methods is at best questionable.

Only last week, another attack of democracy was reported yet nothing has been done about it.

From openDemocracy: Over the seven days to last Saturday, spending by campaigners pushing for ‘no deal’ far outstripped that of anti-Brexit groups. Some of these paid-for Facebook adverts described pro-EU MPs as “traitors” and “globalist scumbags”. A single pro-Brexit group with almost no public presence spent almost £50,000 on Facebook. Britain’s Future – which does not declare its funders and has no published address – is running hundreds of very localised targeted ads pushing for ‘no deal’.

Britain’s Future has a social media presence of just a few hundred followers. It has published just five articles in three months.  No organisations or individuals are mentioned as supporters other than its editor and yet it has £50,000 to blow on a political campaign. And by the way, £50k buys a reach of over 10 million targeted Facebook users – not hundreds.

If Brexit, or more importantly a hard, no-deal Brexit was so good why all the secrecy? There’s only one reason – whoever is funding these operations do not want to be exposed. In the meantime, Facebook should be stopped from spreading this nonsense because a no-deal Brexit would be a calamity for Britain and a gift to America.

Finally, as America’s CNN news network crowed in a satirical piece laced with its own belief and joy just days after the Brexit result  – “Let’s understand this moment for what it really is: an opportunity for the United Kingdom to become the 51st state of America. The EU’s loss is our gain. Call it the “Brentrance.”