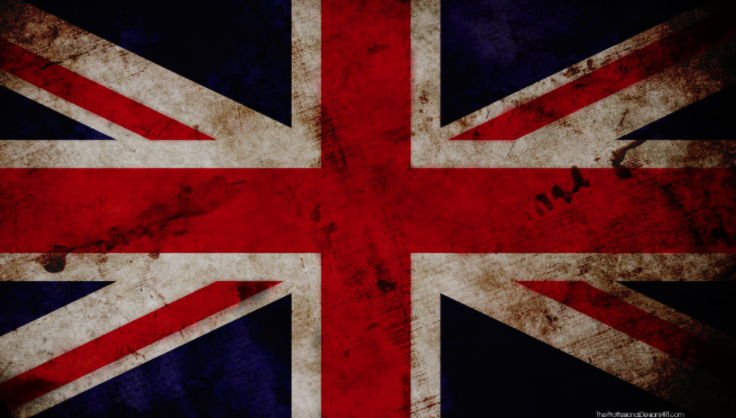 What is this country we are asked to love? This might once have been an easy question to answer. National identity was built around a range of institutions, considered to represent the national interest. Rebellion against them was characterised as treason. But one by one, these institutions have been subverted from within. Look to the top to see treachery at work.

The most obvious – and most trivial – example is the way in which the Crown has used investment vehicles based in offshore secrecy regimes to enhance its wealth. The Paradise Papers show that both the Queen’s investors (the Duchy of Lancaster) and Prince Charles’s private estate (the Duchy of Cornwall) have been conducting their affairs beyond the view of government. If the Crown mocks its own agencies in this way, why should anyone else respect them? But this, by comparison to other recent revelations, is froth.

Priti Patel’s engagements in Israel, which culminated in her professed intention to divert British aid money to the Israeli army in the occupied Golan Heights, raised the question of whose national interests she was representing, the United Kingdom’s, or Israel’s? It’s a question that could be directed at several British ministers and their departments. The governments of Saudi Arabia and the United States frequently appear to benefit from British decisions that seem more attuned to their interests than to ours. Brexit is likely to exacerbate this tendency.

We were promised that in leaving the European Union we would regain our sovereignty. But in abandoning an association based on equal standing, we expose ourselves to coercion by other nations. Our relationship with the United States, especially under the stewardship of the trade secretary Liam Fox, is likely to look like that of servant and master.

Fox, preposterously, is now the only official member of the UK’s board of trade. The new trade bill grants him Henry VIII powers: enabling him to create laws without parliamentary approval. It was published 24 hours after the consultation on the bill ended, which suggests that it was written before people’s views had been taken into account. He has, in effect, been given a licence to do whatever he wants.

We know where his inclinations lie: he was forced to resign from his previous job as Defence Secretary for blurring the boundary between official business and corporate interests. Fox allowed a corporate lobbyist called Adam Werrity to attend official meetings. But the important aspect of this scandal, largely forgotten today, is that Werrity also ran the UK office of the organisation Fox founded, called The Atlantic Bridge. This group, funded in large part by the immensely rich Michael Hintze, sought to strengthen the ties between politicians in the UK and US business interests, by working with corporate-funded lobby groups in the United States.

Already, Liam Fox has suggested that our food standards could be reduced to facilitate a trade agreement with the US. But this is just the beginning of what threatens to become a full spectrum assault on our sovereignty.

It is hard to see how the UK, even if it were inclined to do so, could easily resist US demands for the most extreme and opaque form of Investor State Dispute Settlement. What this means is offshore tribunals run by corporate lawyers, through which corporations can sue nation states for compensation, if the laws governments pass are deemed to reduce the value of their assets. These tribunals offer no representation for third parties and no right of appeal. The result is a curtailment of parliament’s ability to pass laws protecting the public interest. Sovereignty and democracy lose their meaning.

Remember that one of the principal complaints against the European Union was its attempt to impose Investor State Dispute Settlement on its member states through TTIP, the notorious trade deal it tried to negotiate with the US. An analysis by BuzzFeed discovered that the story shared most often during the referendum campaign was an article in the Daily Express warning that TTIP threatened to destroy the NHS.

Remember too that for many Brexit campaigners a principal aim is to escape the jurisdiction of the European Court of Justice. Unlike the offshore tribunals, the ECJ is accountable, transparent and balanced. In the name of sovereignty, we will remove ourselves from a regime in which we have full rights and full representation, and enter one in which we have little of either. So much for the national interest.

It is hard to think of a more lethal pairing than Liam Fox and the man in charge of US trade deals, the commerce secretary Wilbur Ross. Ross, who made much of his great fortune through controversial business practices, and who also featured in the Paradise Papers revelations, is already demanding that we rip down our regulatory standards. To me, the two men seem united in their enthusiasm for corporate interests and disdain for the public interest.

So what remains, to which we might attach ourselves? In countries with a strong cultural sense of nationhood, the question is less pressing. But in the UK as a whole and England in particular, almost every cultural reference point is poorly defined, weak and contested. All that remain as widely shared, commonly-accepted sources of national pride are our public services: the NHS, the BBC, the education system, social security, our great libraries and museums. But all have been gutted, disciplined and undermined by those who roundly assert their patriotism.

When the enabling state, providing robust public services and a strong social safety net, is allowed to wither, what remains is the authoritarian state, that must coerce and frighten. Consider the decline of neighbourhood policing – essential for preventing crime and gathering intelligence on everything from vandalism to planned terror attacks – and its replacement with ever more draconian laws.

As the enabling state shrinks, the flags must be unfurled, the national anthem played, schoolchildren taught their kings and queens and more elaborate pieties offered to dead soldiers, because nothing else is left with which to hold us together. National pride becomes toxic, and is used as a weapon against anyone who seeks to express their love for the country by reforming it. The institutions charged with defending the national interest become its deadly enemies.

George Monbiot is a British writer known for his environmental and political activism. He writes a weekly column for The Guardian and is a bestselling author. His latest book is How Did We Get into This Mess? Politics, Equality, Nature. His latest project is Breaking the Spell of Loneliness, a concept album written with the musician Ewan McLennan. This article first appeared at www.guardian.co.uk