Gov’t Makes It Illegal For Corporations To Speak About Brexit 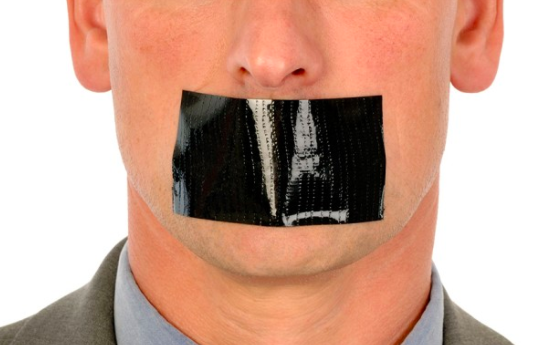 By TruePublica: It wasn’t long ago that we heard about the economic impact reports relating directly to what Brexit might do to Britain’s economy. It was the government’s own latest (January 2018) exit analysis and it was damning in every scenario. The fact that such important information was to have been kept secret should be of great public concern – what else are they withholding from us. The only reason we heard about this important document was because it was leaked. The government response is to pass laws to ensure that the journalists and editors who report leaks like this will be imprisoned. The other response was dismiss its own EU exit analysis report as being of no account whatsoever.

It was only last December when we found out that Liam Fox’s department for international trade has signed agreements with the US which will make it much more difficult to find out what is being discussed in early-stage US-UK trade talks. We simply have no idea of what is being included or how we will be affected – because that’s a secret as well.

Fox’s department quietly released an exchange of letters between the UK and the office of the US trade representative agreeing to mark exchanged information, papers and discussions as either “sensitive” or “confidential”, with both sides also agreeing to keep the information “held in confidence” for four years after the conclusion of the talks. That was a secret too until Freedom of Information requests in the USA revealed their existence.

Fox said the reasons for such secrecy was to “learn the lessons” of the backlash against the failed Transatlantic Trade and Investment Partnership trade deal, better known as TTIP. This trade deal was universally objected to by millions on both sides of the Atlantic. It failed not just because Donald Trump didn’t want it but because the general public fought hard against it. So the government response is to make it all trade deals negotiations secret.

Learning about all this just makes your blood boil.

As Britain’s departure from the EU is being negotiated, there is a sudden public realisation that trade agreements create international commitments and that they bind our country for decades ahead of us. These trade agreements set the standards, protections and regulations that shape the kind of society we live in but the British people will be kept in the dark. That is, until it’s too late of course.

Liam Fox has been granted unprecedented powers that are wholly undemocratic by cutting out the middle man – or in this case, parliament. These are the type of powers granted by despotic regimes to their authoritarian tyrants.

Now we learn of a new Tory tactic to throw a veil of secrecy over how the Brexit negotiations are going.

Business Insider  reports that “The UK government has reportedly been asking companies and industry groups to sign secretive non-disclosure agreements over the impact of its Brexit plans on Britain’s borders. The government has forced “many dozens” of non-disclosure agreements (NDAs) into the consultation process with logistics companies which operate at Britain’s borders. The agreements mean that the firms cannot publicly comment on information shared with the government about the impact of different Brexit scenarios on the movement of goods coming in and out of the country.”

NDAs are nothing more than legally binding gagging orders. In this case, industry groups are forced into signing them or not participate. This pushes them into a legal corner.

Meg Hillier MP, the chair of the public accounts committee, told Sky News the activity is “extremely unusual” and “a sign of Government paranoia” over Britain’s departure from the European Union.

I don’t think Meg Hillier has fully grasped what is going on here. This isn’t just ‘unusual’ – this is an attack on democracy itself.

Business Insider continues: “The government has reportedly held a series of secret meetings through sub-committees of the Border Co-ordination Group, which was created to gather data on the goods coming in and out of the UK in its trade with the EU. More recently, however, the meetings were reportedly used to ask various industry groups to examine how trade at Britain’s borders could be impacted by different Brexit scenarios. This includes a “no deal” outcome — which would unleash an array of tariff and non-tariff barriers and likely increase delays and checks at the border.”

Again, we hear of a government holding ‘a series of secret meetings’ all bound up in legal red-tape to keep the information from getting to the press and general public.

The purpose of these NDAs is clear. The government supplies data on different scenarios and industry groups then model the data based on their knowledge, expertise and experience. These groups are then unable to share or publicly comment on their findings, no matter how alarming the outcome, no matter who it affects.

Labour MP Chuka Umunna, a supporter of the Open Britain campaign, described this new information about the NDAs  a “shocking and very serious development,” and called on the government to share the secret data with MPs.

“The Government is sharing its plans for Britain’s borders with companies, collecting data on the impact of their plans and then making those companies sign gagging agreements to withhold the information from Parliament and the British people,” he said. “It is undemocratic and makes a complete mockery of Parliamentary sovereignty. MPs must be provided with this information. It is not acceptable for the Government to share facts about the consequences of Brexit with a few people in the industry but to conceal them from our elected representatives and the public.”

Fox was challenged on the matter last month and his response was as expected: “we have committed to developing our future trade policy in a transparent way and have invited views on the UK’s approach, including to future free trade agreements, and are continuing to consult and meet with a wide range of stakeholders.”

Fox is either deluded, a fool or a liar. As The Independent reported – “Remember that Fox was forced to resign in disgrace as Defence Secretary in 2011 because he had invited his old mate Adam Werrity, a lobbyist, to international trips and private Ministry of Defence meetings even though he had no official role in Government and no security clearance. Werrity handed out business cards suggesting he was Fox’s adviser and went along to meetings with defence contractors and diplomats. It was a serious breach of security and a serious abuse of governmental power.”

That makes Fox a liar at best in anyone’s book – surely. He is not to be trusted with Britain’s public interest.

There should be considerable public outrage at the secretive nature of the British government when it comes to Brexit because each piece of this puzzle is more often the result of leaks and whistleblowers, whilst the government threatens long prison sentences for reporting the truth. These flagrant breaches of Britain’s democracy is a shameful stain on the Tory party and demonstrates the lengths they will go to to reach their ultimate goal – handing sovereignty over to the corporations who have no interest in the public interest.