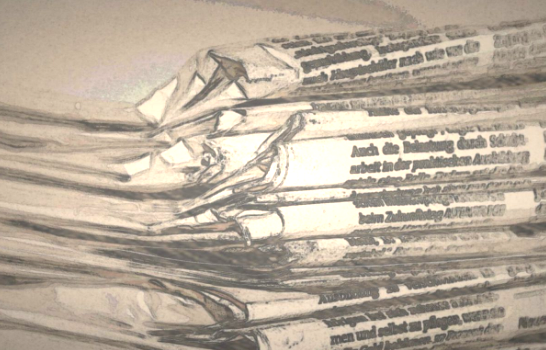 By Chris Marsden wsws.org: Andrew Harrison has written an extensive defence of the “mainstream media” (MSM), in the face of growing public hostility and mistrust. He chooses the Grenfell Tower fire as his focus.

Writing in the Observer, the Sunday sister paper of the Guardian, he has set himself a monumental task. He cites, for example, the extraordinary findings of communications agency Edelman’s 2017 Trust Barometer survey of 1,500 Britons. This found that the percentage of people who “trusted British news outlets at all” has fallen from just 36 percent in 2015 to a staggering low of 24 percent this year.

Harrison’s attempted defence falls flat. To his question, “Can you trust the mainstream media?” most of his own readers in the comment section answer, “No. You can’t.”

He lists the many issues on which Britain’s media made a wrong call—on the vote for Brexit in last year’s referendum, the election of Donald Trump, Labour’s performance in the 2017 election—before focusing on Grenfell as proof of a “a crisis of faith in journalism.”

He cites the widely viewed footage of political activist Ishmahil Blagrove railing against a Sky News journalist, whom he describes as the undeserving recipient of “the rage and frustration of the Grenfell disaster” that should have been directed at “the borough council that enabled it” and not “those who covered it.”

What Harrison cannot properly explain is why Blagrove’s accusations of bias—he cites him regarding the media’s attacks on Labour leader Jeremy Corbyn—have become part of what he calls “popular consciousness.”

After all, he writes, the belief that the media is an “elite-directed component” of the “system” rather than “a complex collection of independent agencies holding the system to account” was once confined to “old footsoldiers of the left.” Yet now the old footsoldiers are making new recruits to the war they are waging to undermine the respectable media—solely, he argues, because of a few mistakes.

Harrison is fooling no one.

Working people—and the younger generation above all—have not lost trust in the media because of one or another wrong position, but because they know that almost every major newspaper and TV station are in the pockets of the billionaires who own them.

When a Sky News journalist appears at Grenfell, he is seen not as an impartial recorder of events, but as the representative of Rupert Murdoch’s News Corp—whose News of the World newspaper was forced to close, Harrison acknowledges, because of overwhelming “public revulsion” at its hacking of phone messages “belonging to the murdered schoolgirl Milly Dowler, victims of the 7/7 bombings and many others …”

To that should be added the routine portrayal by Murdoch’s The Sun, along with the Daily Mail, Daily Express, et al, of unemployed youth as a feral underclass, constant denunciation of immigrants and asylum seekers, benefit claimants, support for cuts and closures that impact on millions, combined with glorification of the rich and famous and incessant warmongering.

That is why Grenfell survivors and local-residents responded as they did to the “complex collection of independent agencies”: Because the media’s complexities are more apparent than real and their independence is only from the opinions and interests of working people.

Harrison in the end seeks to divert attention from this appalling record by asserting that there is still a “quality media”— the Observer, the Guardian and the state-owned BBC are name checked—that should be treated with due respect. But his case for the defence only underscores the nepotism that characterises the media and how the Guardian is an integral part of that setup.

Harrison even ties a defence of the BBC’s Laura Kuenssberg—against charges of bias against Corbyn—to a defence of his own newspaper. He rails against “a new article of faith on the political left: that, in its attitudes to Corbyn, the media inadvertently revealed the truth about themselves. Instead of supporting Labour’s new leader, goes the narrative, liberal newspapers such as the Guardian and Observer, along with ‘state broadcaster’ the BBC, set out to destroy him.”

He claims, rather, that all concerned are motivated solely by “a journalistic duty to examine” and a necessary “separation of news and comment.”

An audacious claim, given that Kuenssberg’s reporting of Corbyn was so nakedly hostile that the BBC was forced to finally acknowledge that she had broken the state broadcaster’s official duty of impartiality!

In January 2017, the BBC ruled that in a November 2015 report, Kuenssberg (BBC salary £200,000-250,000) broke its impartiality and accuracy guidelines. An interview with Corbyn was edited to give the impression that he disagreed with the use of firearms by police in incidents—which had the effect of reinforcing the Conservative Party’s claim that he was “soft on terrorism”—and deliberately so. Kuenssberg even commented that Corbyn’s views “couldn’t be more different” from those of Prime Minister Theresa May.

Descending into self-parody, Harrison cites as proof of Kuenssberg’s impartiality the statement of Mark Wallace, editor of Conservative Home.“Wallace,” he solemnly reports, “doesn’t know a single Conservative MP or minister who feels they get an easy ride from Kuenssberg.”

In any event, when compared to the Guardian ’s commentariat, Kuenssberg was a bit player in the efforts to secure Corbyn’s removal as Labour leader. Jonathan Freedland, Polly Toynbee, Owen Jones, Martin Kettle, John Harris and Suzanne Moore were all open advocates for the Blairite coup plotters. And the Guardian has repeatedly exposed its liberal pretensions to journalistic independence to public scorn—not least regarding its witch-hunt of WikiLeaks founder Julian Assange and calls for Edward Snowden to go to the US and face trial.

To the paragons of journalistic integrity who are his colleagues, Harrison counterposes the Internet as a repository for “fake news” and “fictional, manipulative stories.”

Making an amalgam between left-wing opposition to the mainstream media and that of the “alt-right,” he writes, “For professional journalists, this is a nightmare prospect: news and commentary devolving into a baseless cacophony where anyone can say anything and whatever is shared most will win.”

Harrison, whose own “professional” qualifications are as a music journalist, only betrays his own contempt for the ability of workers and youth to distinguish between good online journalism and bad. Better that everyone concerned accepts the Guardian and its editorial staff of well-paid, conformist Public School and Oxbridge alumni as an exemplar of acceptable political and social reportage and commentary.

The chorus of denunciations of “fake news” by Harrison et al has little impact because the mass media is understood to be voices of the establishment—of an existing social order that makes a few rich beyond all comprehension, a few more very wealthy indeed and leaves the rest of the population in desperate straits.

This is why the covert censorship of left-wing and progressive web sites by the Google search engine, as exposed by the World Socialist Web Site, is now the order of the day. Here is a genuine injustice, an attack on essential press freedoms and the democratic rights of millions. Perhaps Mr. Harrison should concern himself with that.