Has Britain Has Lost Itself? 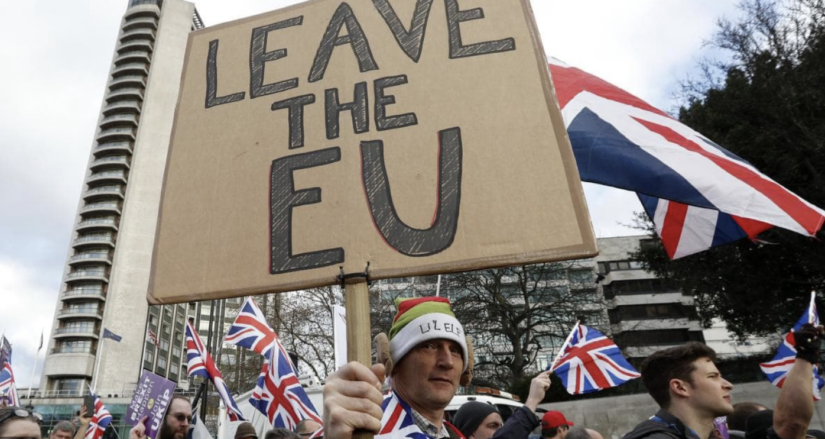 A letter written by Peter Grumble, published in the New York Times on the 1st January gives not just an idea of what some people are experiencing with Brexit – but also how it is being reported around the world. Global Britain has been very badly damaged since the referendum and the jury is out as to whether Brexit truly is the last nail in a once-great nation – or far more unlikely, its chance to metamorphize with lofty ambitions to shine once again as an innovative and highly productive global force. One thing is for sure – it is no longer the tolerant outward-looking country it once was – but polarised, divided by nationalism, driven by xenophobia and a misplaced sense of exceptionalism in the 21st century.

At long last, it happened.

Shortly before midnight on Thursday, Britain completed its exit from the European Union, replacing a close 47-year long relationship with the continent with something far more distant. Now it will have to live through difficult years of separation that will sap its political vibrancy and diminish its role on the world stage. Though a trade deal was belatedly agreed, the economic fallout may be dire, too.

Yet for many, it’s also a deeply personal moment. My grandparents, who escaped Nazi Germany on the eve of World War II, found a home in Britain — to them, it was a beacon of light and hope. But they would be heartbroken to see it today. Inward, polarized and absurdly self-aggrandizing, Britain has lost itself. In sorrow, I mourn the passing of the country that was my family’s salvation.

My grandparents arrived in England in 1939 as stateless refugees. They felt not just gratitude for their immediate safety but also a deep attachment to the values of openness, decency and tolerance they found in their adopted homeland. Once the war ended, they became naturalized British citizens as soon as they could. In a letter to a friend, my grandfather praised the “generous hospitality and nearly unrestricted freedom” they enjoyed as migrants. They never shed their German accents but switched to speaking only in English.

My parents’ generation, in turn, gave their all for the country that took them in. They inevitably faced some anti-German sentiment in the early postwar years, but simply ignored it. My uncle, who arrived in Britain on a Kindertransport train when he was 15 years old, joined a commando unit of the British Army composed of German refugees and was killed on a Normandy beach on D-Day, aged 21. In the 1980s, my father, a businessman, and my aunt, a radiographer, were both decorated by Queen Elizabeth II for their contributions to the country. “After all the trauma of leaving Germany I had struck fresh roots in England,” my father wrote in a private memoir. “We had found a new home in every sense of the word.”

But the openness and tolerance that made the country a safe haven for them are in retreat. The vote to leave the European Union in 2016 and the surge of national exceptionalism that accompanied it revealed deeply held prejudices about migrants. Xenophobia and racism, presumed to be banished to the margins of public life, made an ugly return to the mainstream. And anyone with an international mind-set was suddenly at risk of being tarred, in the words of the former prime minister, Theresa May, as a “citizen of nowhere” — an ominous phrase not just for a family like mine that was once stateless.

Since the 2016 referendum, the government has alienated many of the 3.5 million European Union nationals in the country, cynically treating them as bargaining chips in their negotiations with the bloc. Such people make a big contribution to British life — not just as City bankers, as they are often caricatured, but also as frontline medical staff, university teachers and entrepreneurs. Without them, the country would be greatly diminished. Alarmingly, large numbers appear to have left in 2020.

And political rot has set in. Led by Prime Minister Boris Johnson, the government plays fast and loose with parliamentary procedure and international treaties. When Moody’s downgraded Britain’s credit rating in October, it cited the “diminished” quality of British executive and legislative institutions. Ethical standards have taken a tumble, too, with the government turning a blind eye to workplace harassment of civil servants and cronyism creeping into the award of public contracts through the pandemic.

I take no joy in this state of affairs, and neither do many fellow Britons. The country is just as divided as the United States has been over President Trump. Nearly half the voters opposed Brexit in the referendum: Many are as angry and disillusioned as I am. But unlike in the United States, where the election of Joe Biden offers a reprieve from the crassness and cruelty of Mr. Trump, Brexit cannot be undone. There will be no turning back.

My American friends tell me that, to them at least, I am quintessentially British, a devoted tea drinker and fan of Marmite, Monty Python and fair play. Yet I am also strongly pro-European, a feeling reinforced by having lived in several European countries over the years. The two identities always seemed to me to be complementary. But Brexit made it impossible to be British and European at the same time. I felt I had been orphaned.

Fearful of losing my connection with the continent and alarmed by the direction in which Britain appeared to be heading, I took a decision I never dreamed I would even consider: I applied for German citizenship. As the grandson of refugees who lost their citizenship for racial or religious reasons, I was allowed to do so by the postwar German constitution.

I didn’t take the decision lightly. I can never forget what happened to my family; my great-aunt perished in Auschwitz and several other cousins died in the Holocaust. But I can also recognize how much Germany has changed and the lengths to which it has gone to atone for the atrocities of the Third Reich.

Indeed, roles have been reversed in some ways: Today, it is Germany that opens its door to refugees and whose chancellor, Angela Merkel, is outspoken in defense of global values and embodies decency and respect. By contrast, the Britain that sheltered and nurtured my family is a sad shadow of its former self.

After 80 years, I feel ready to close a cycle of history. British by birth, I am European by heritage and conviction — and now have an unambiguously European nationality to prove it. I am still proud to be British, but I am also proud to be German. I think my grandparents and parents would approve.

Peter Gumbel (@petergumbel) is a journalist and the author, most recently, of “Citizens of Everywhere: Searching for Identity in the Age of Brexit.”